Abstract: Analytical functions approximating the burn rate in internal combustion engines are useful and cost-effective tools for engine cycle simulations. Most functions proposed todate are based on the law of normal distribution of a continuous random variable. The best known of these is the Wiebe function, which is used to predict the burn fraction and burn rate in internal combustion engines operating with different combustion systems and fuels. These include direct injection (DI) and indirect injection (IDI) diesel engines, classical spark ignition (SI) engines and gasoline direct injection (GDI) engines, engines with homogeneous charge compression ignition (HCCI) and premixed charge compression ignition (PCCI).

The use of continuous mathematical functions provides a fast and cost-effective technique for the prediction of the burn rate and performance of internal combustion engines. These functions are usually derivatives of the normal distribution of a continuous random variable and the best known among them is the Wiebe function. The function has now become so common that researchers in many parts of the world have stoped citing the source(s) from which it originates, and there is still some confusion about whether it should be referred to as the Wiebe, Weibe, Vibe, or Viebe function. An interesting example of this confusion can be found in a Russian translation of an SAE paper [1] where the function is referred to by its literal English/German variant ‘VIBE’ instead of its original Cyrillic spelling ‘B e’. For such a widely used and cited function, little is known about the man behind its introduction, Ivan Ivanovitch Wiebe. Ivan Wiebe was a Russian engineer
and scientist from the Urals of German descent. He was born in the Ukraine in 1902, finished his undergraduate studies in 1926 while simultaneously working as a mechanic, then enrolled in the postgraduate programme at the Leningrad Engineering Institute of Civil Aviation where he was awarded the degree of ‘Candidate of Technical Sciences’ (equivalent to engineering doctorate) in 1932 for his thesis titled Theoretical investigation of the processes in diesel engines with solid-injection. Wiebe published a monograph  detailing the results of his work on the development of the combustion function bearing his name while working at the Chilyabinsk Politechnic Institute (currently known as the South Ural State University) where he also briefly headed the department of internal combustion engines, before his death in 1969

Combustion:   Combustion in GT-Power is refered as the instantaneous rate of air-fuel mixture and their associated enthalpies transfered from unburned to burned zone in the cylinder. The release of chemical energy stored in the fuel into  thermal energy. The types of Combustion model available in GT-Power.

GT-Suite is one of the most popular engine simulation software developed by Gamma Technologies. It is predominantly a 1D simulation tool with many sub programs with their own area of expertise.

GT-Power is used to study the gas exchange and combustion simulations from an overall system perspective. The solver is based on 1D unsteady, nonlinear Navier-Stokes equation. It contains thermodynamic and phenomenological models to capture the effects of combustion, heat transfer, evaporation, turbulence, tailpipe out emissions, etc.

There are two kinds of combustion models in GT-Power:

In a Non predictive combustion model as the name suggests the burn rate is imposed and does not depend on the in cylinder conditions to characterize the combustion and emission related parameters . The major benefit of this model is fast simulation time and is useful for evaluating concepts which do not have an impact on the burn rate characteristics . For example, this kind of model can be used to study the wave dynamics, boosting concepts and exhaust configurations to name a few. However it would not be accurate to study phenomenon such as EGR, injection timing, etc.

In a predictive combustion model, the burn rate is calculated for each cycle based on the in cylinder conditions. This leads to a longer simulation time compared to the non-predictive model however, it is useful to study the concepts that have an impact on the burn rate such as different injection timings, EGR and various injection profiles (GT-Suite, 2013). In order to obtain accurate predictions, the model must be calibrated initially against test data. Phenomenological predictive combustion models make use of a concept known as zone modelling in which, the combustion is modelled to take place in single or multiple zones

Types of Combustion models on the basis of Zones:

The combustion in GT-power takes place in the following manner:-

The Energy conservation equation is given as:

Similarly, for the BURNED ZONE:

The WIEBE equation is given below as: 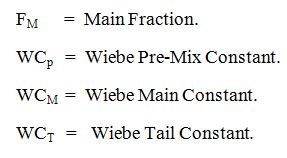 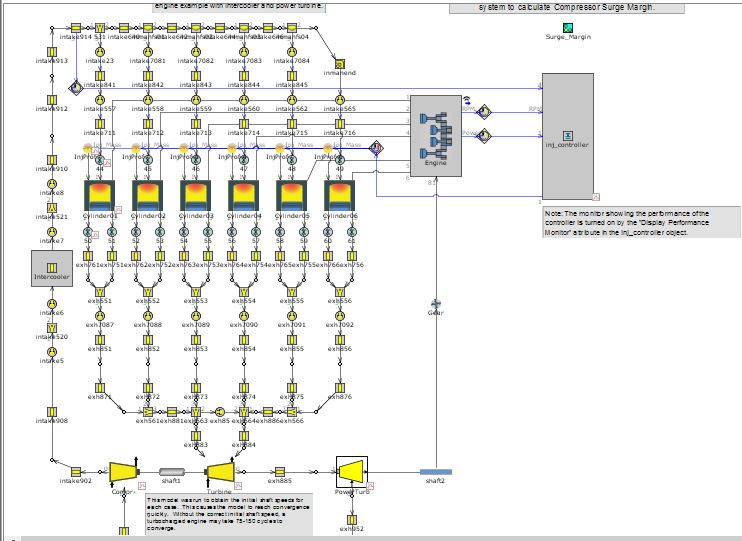 A Brief Description Of The Above Model: 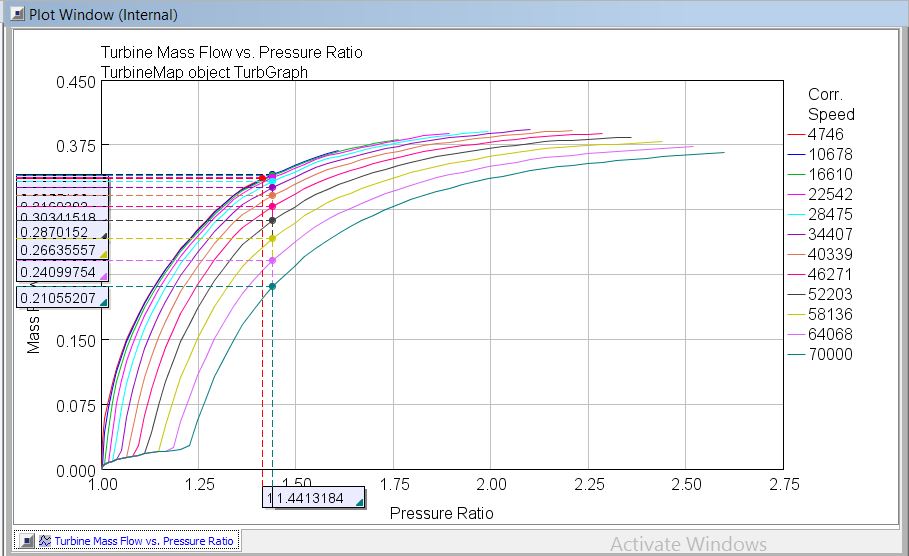 DI WIEBE GRAPHS FOR ALL THE CASES: 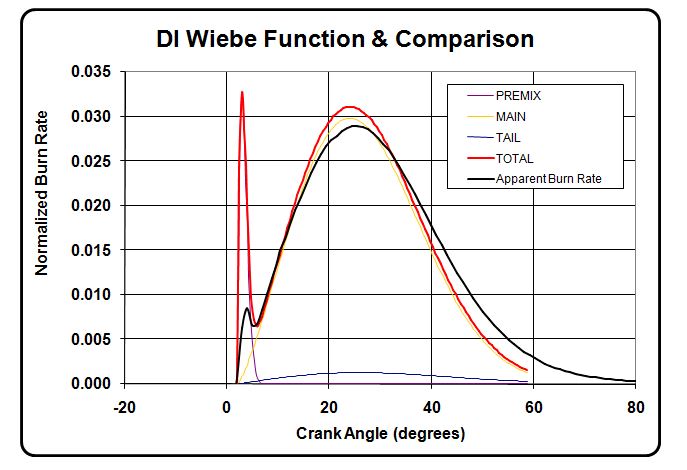 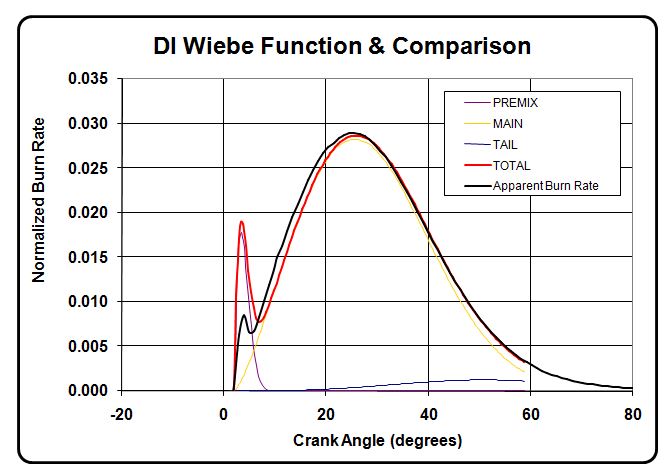 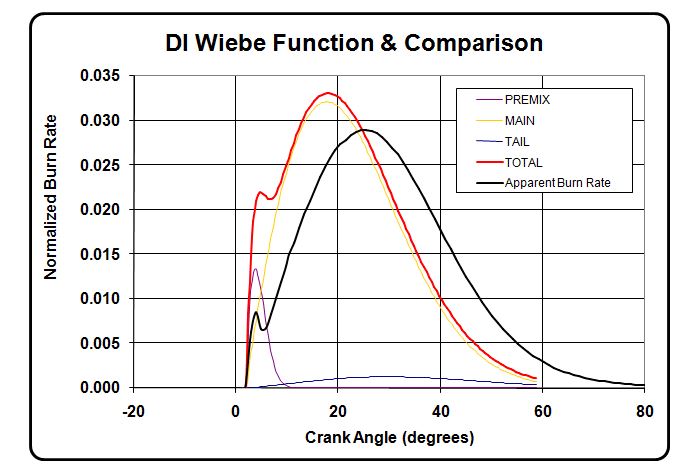 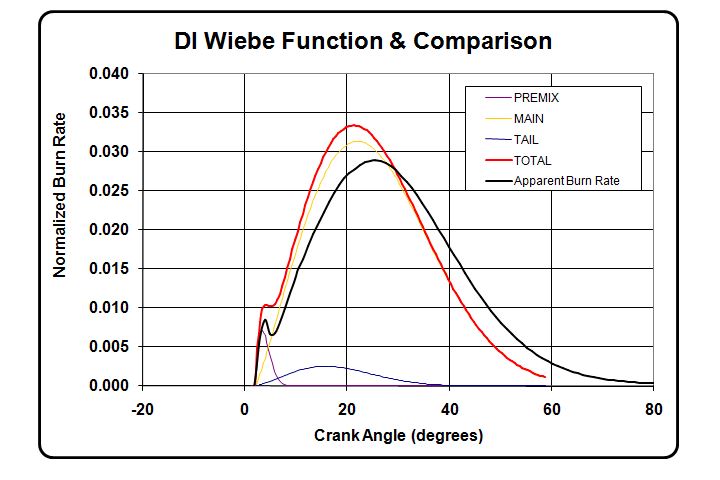 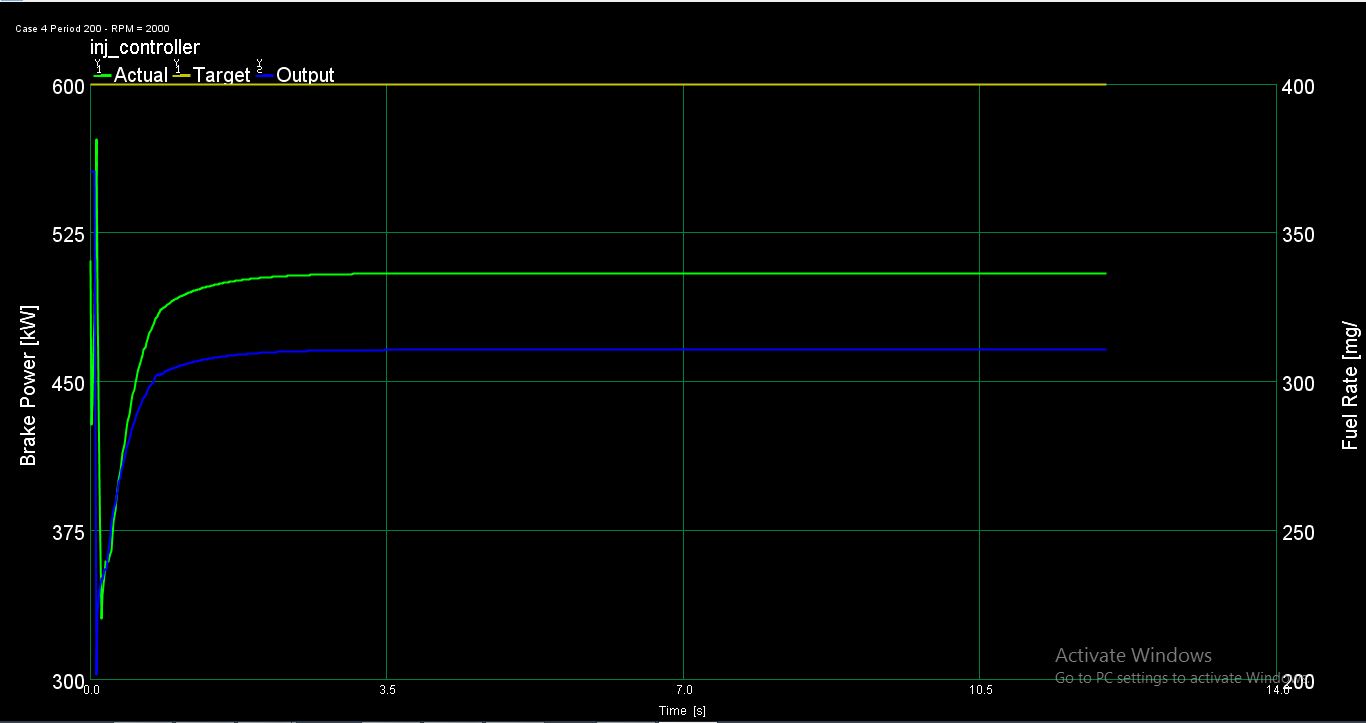 FROM THE ABOVE CASE STUDY, IT CAN BE CONCLUDED THAT:-

Turbocharger: Literature Review: A turbocharger is mechanical rotating device which forcebly induces air at high pressure into the internal combustion engine, in turn increases the power and effeciency (thermal and volumetric effeciency) of the engine. A turb Read more