Auto mesh under 2D option was used for meshing. Mesh size was  6mm with element type quads only.

Interfaces are defined to model how parts interact when they come into contact with each other.

In this challenge, we studied two interfaces. TYPE 7 and TYPE11.

The penalty method treats the behavior between slave nodes and master segments as springs that generate resistive force as a function of penetration.

The spring stiffness is automatically computed according to the material and property of both the master segment and the slave node.

General-purpose interface and can simulate all types of impact between the set of nodes and the master surface.

A slave can belong to the master surface and auto impact possible.

Resistive forces are applied to keep slave nodes out of the contact gap.

In the case of edge crossing, the TYPE11 interface can be added to capture geometry correctly.

RIGID BODY: A rigid body is a collection of nodes and elements whose motion is governed by the motion of a single reference node. In a rigid body, deformations are neglected The distance between any two points of the rigid body remains constant even if an external force acts on it. They are used to impose equal displacement on set of nodes.

RIGID WALL: A Rigid Wall is a Kinematic Condition.
If a slave node penetrates the rigid wall surface a new velocity is computed from this velocity, the impulse and rigid wall force is determined

BOUNDARY CONDITION: It is the load applied to the system. They include forces, displacements, and velocities constrained on certain nodes

We have not constrained movement in z-direction because we need the crash tube to move in this direction. 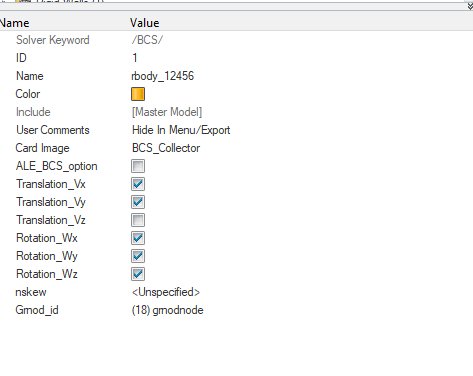 IGAP: Determines how the size of the gap is calculated.

GAPmin: Minimum gap for activation of the interface`.

Inacti: Action to be taken if initial penetrations exist. It should be set to 6 or 1

Istf: Affects how the stiffness of the interface is calculated.

Istf: Minimum stiffness to use in the interface

Idel: What to do with slave nodes and master segments if elements deleted, that they are attached to.

IGAP=2: Set a variable gap to take into account the true distance between parts.

GAPmin>=0.5mm: Specify the minimum thickness of the model to avoid numerical issues. Typically half of the thinnest part.

Inacti =6: Remove initial penetrations where possible. Elsewhere, reduce to less than 30% of the defined gap.

Istf =4: Set stiffness of interface based on the softer of master and slave. It helps when stiffness is calculated between material like foam and steel.

Idel=2: Remove slave nodes from contact because of element deletion.

Iform=2: Friction formulation based on stiffness. For the edge to edge(type11) contact, we should never define friction. 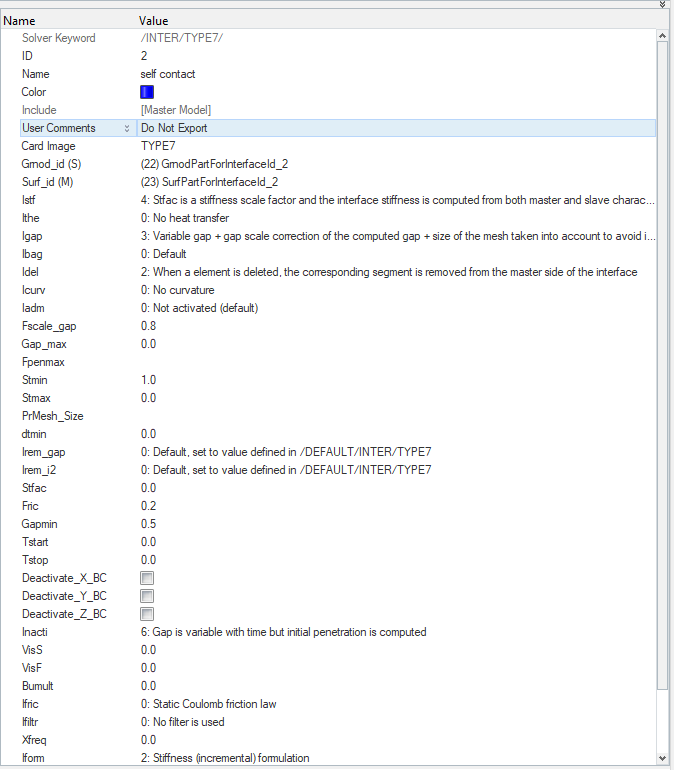 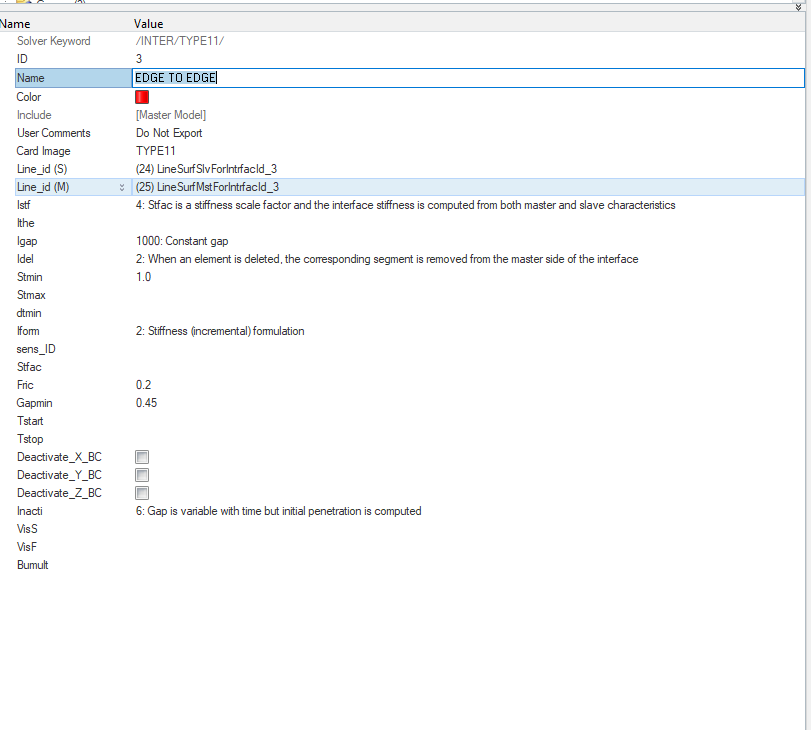 CASE1: Run the crash tube model as is it.

Internal energy increases in the form of strain energy. Kinetic energy dropped to almost zero at the end of the simulation. 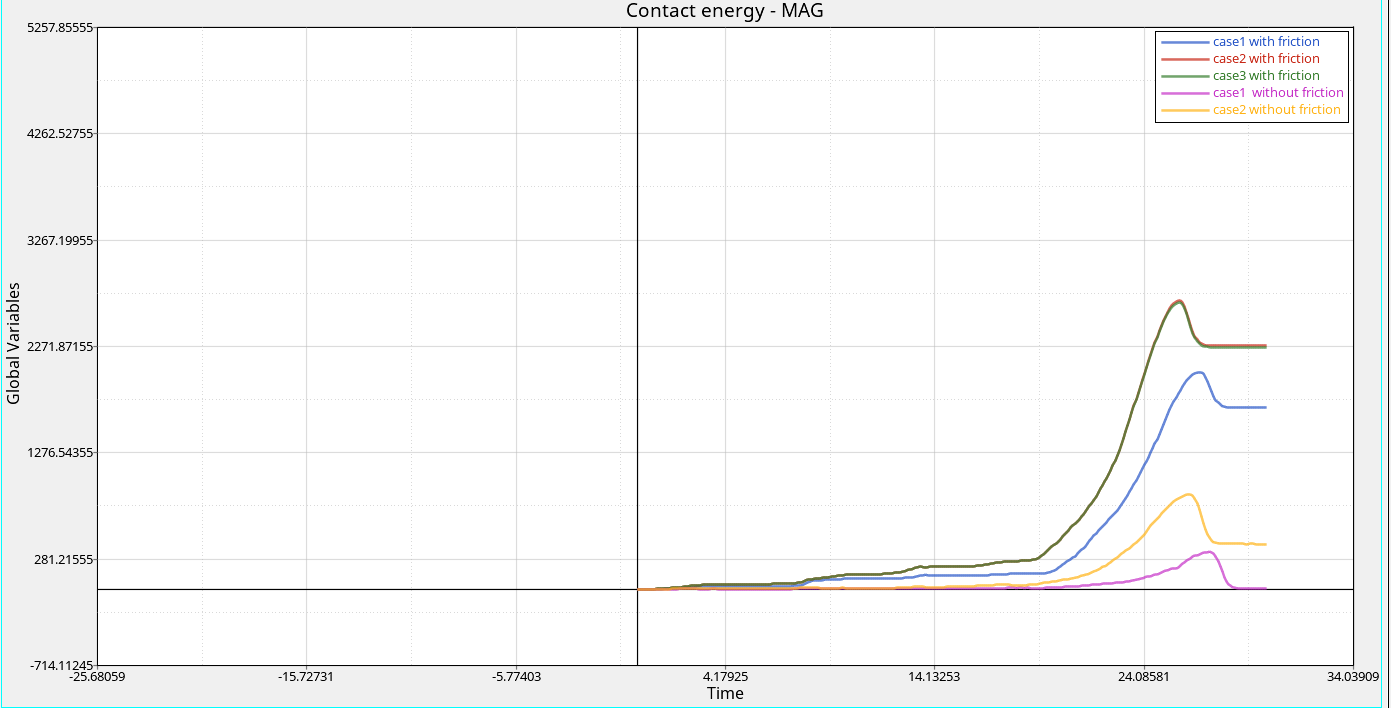 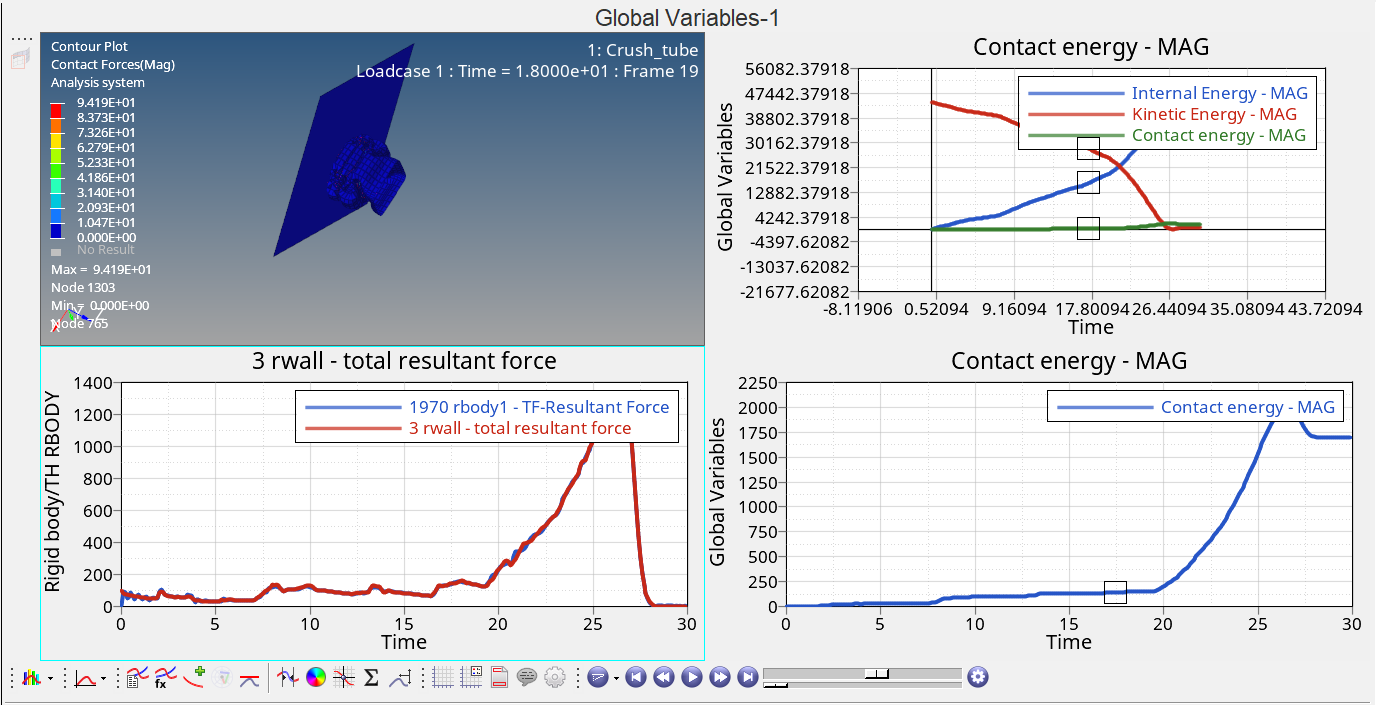 Initial intersection results if slave nodes past the master segment.

Using Inacti =6, the initial gap is reduced and scaled further down by a factor of 5 %.

Suppose if the initial gap was 2mm and penetration was 1mm, then the new gap after inacti 6 will be 0.95mm. 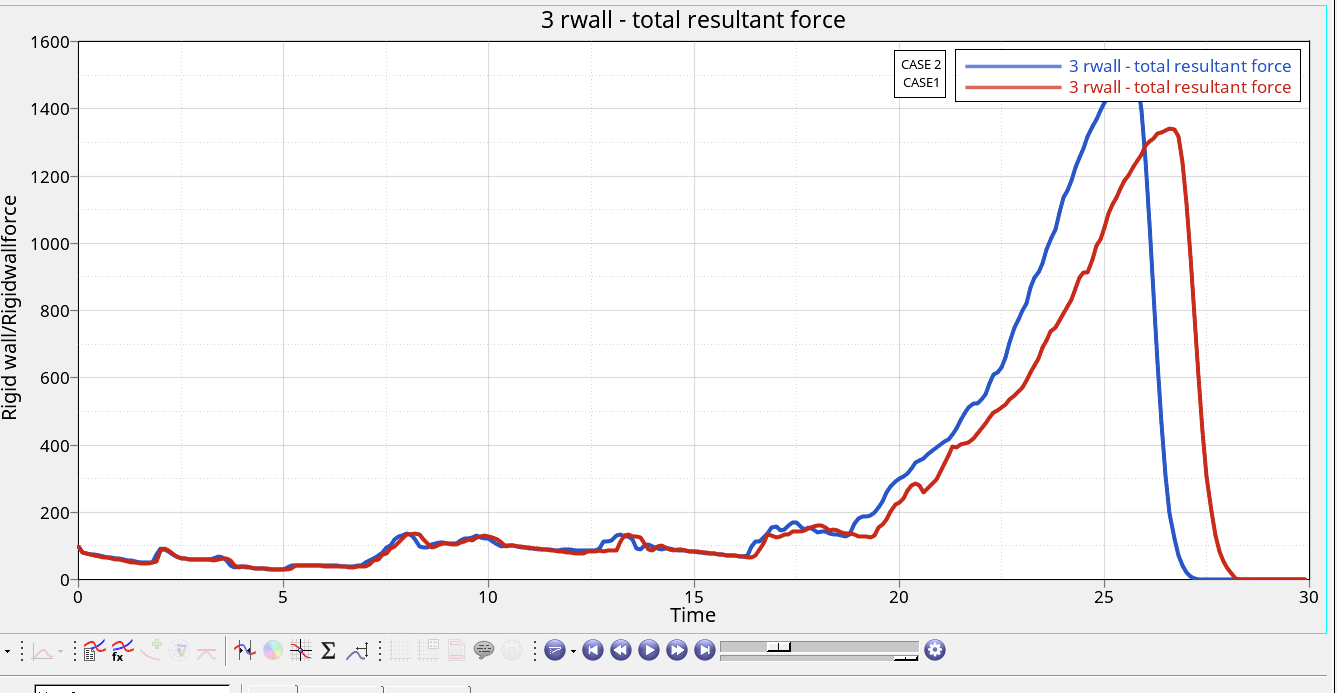 In the total energy plot, we can see a drop. This drop is present even if we remove friction but then the drop is less. If total energy is plotted on the same axis with IE and KE, the plot of TE will be almost a straight line. 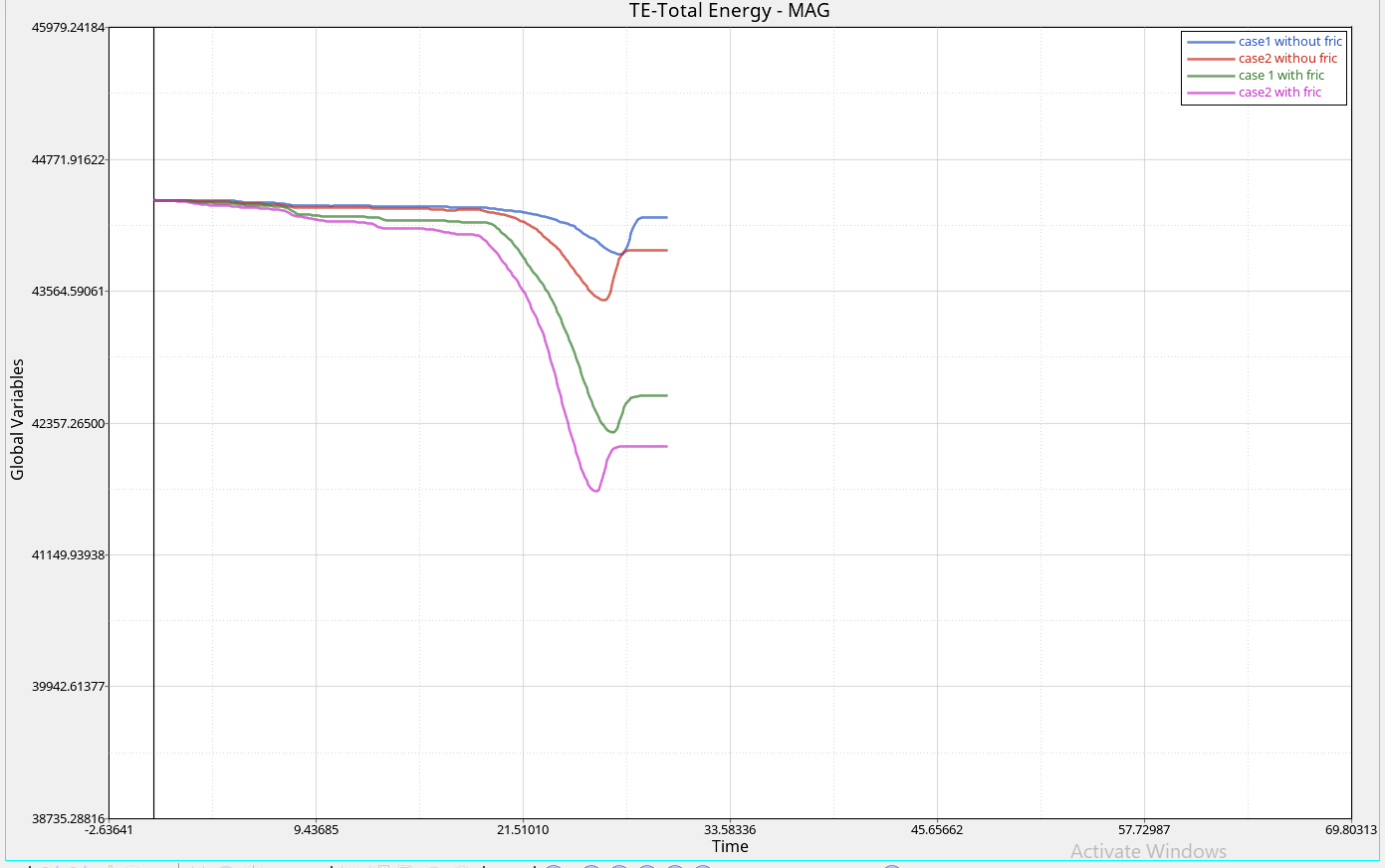 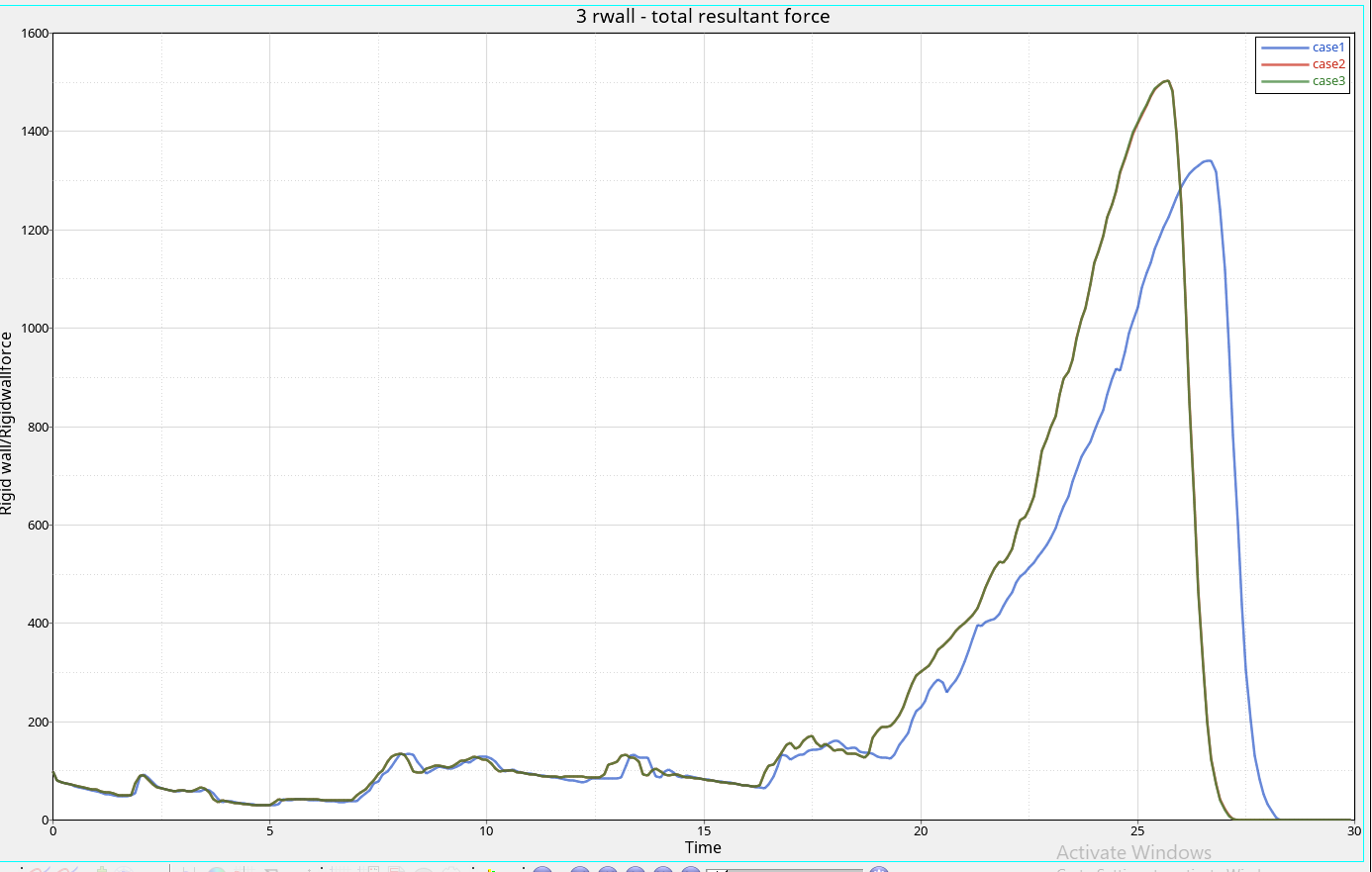 The total energy of the first 3 cases:

Ideally, it should be constant and straight line but here in all cases, we see a drop. This drop is due to contact energy and some other energy loss.

HG Energy is zero in all cases. 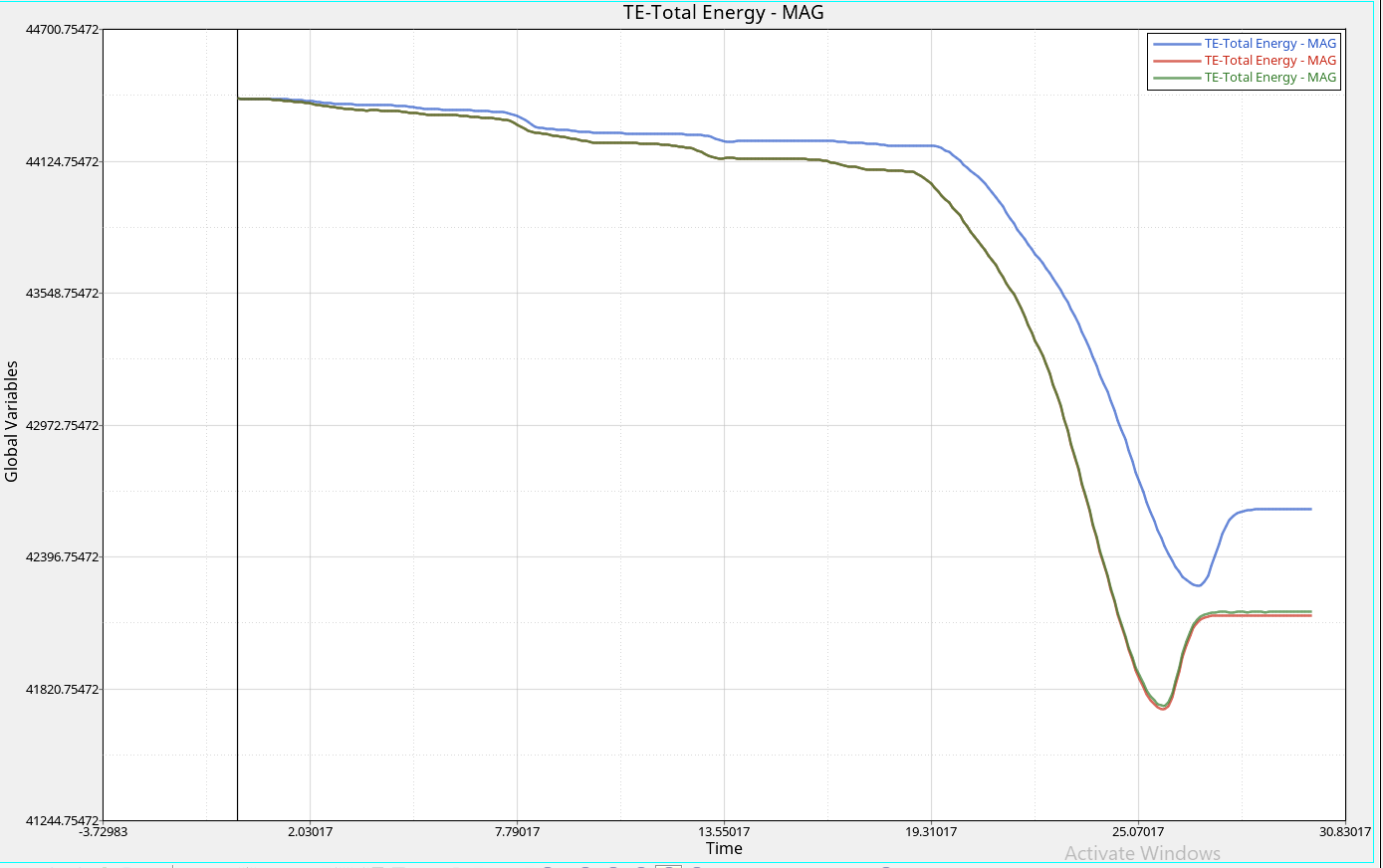 There is some loss of energy, but this drop is not significant.

ENERGY PLOT  AND DEFORMATION OF CASE1,2,3

CASE4: Removed BC  and notches in the middle with the same interface as in case 3

CASE5: Removed BC and notches in middle and with the same interface as in case3

CASE6: Removed BC and notches on two opposite faces and with the same interface as in case3

From the energy plot, we can see IE absorption is maximum in case of no notches on the crash tube. 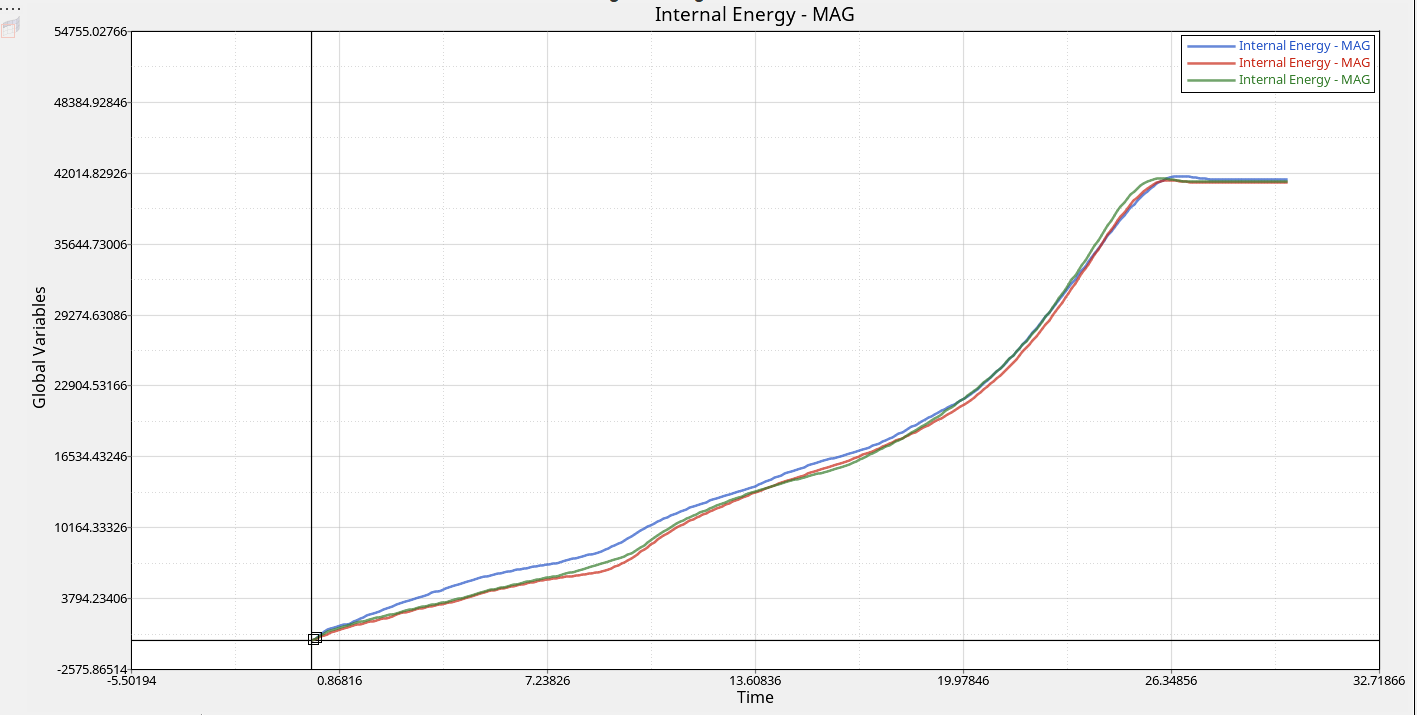 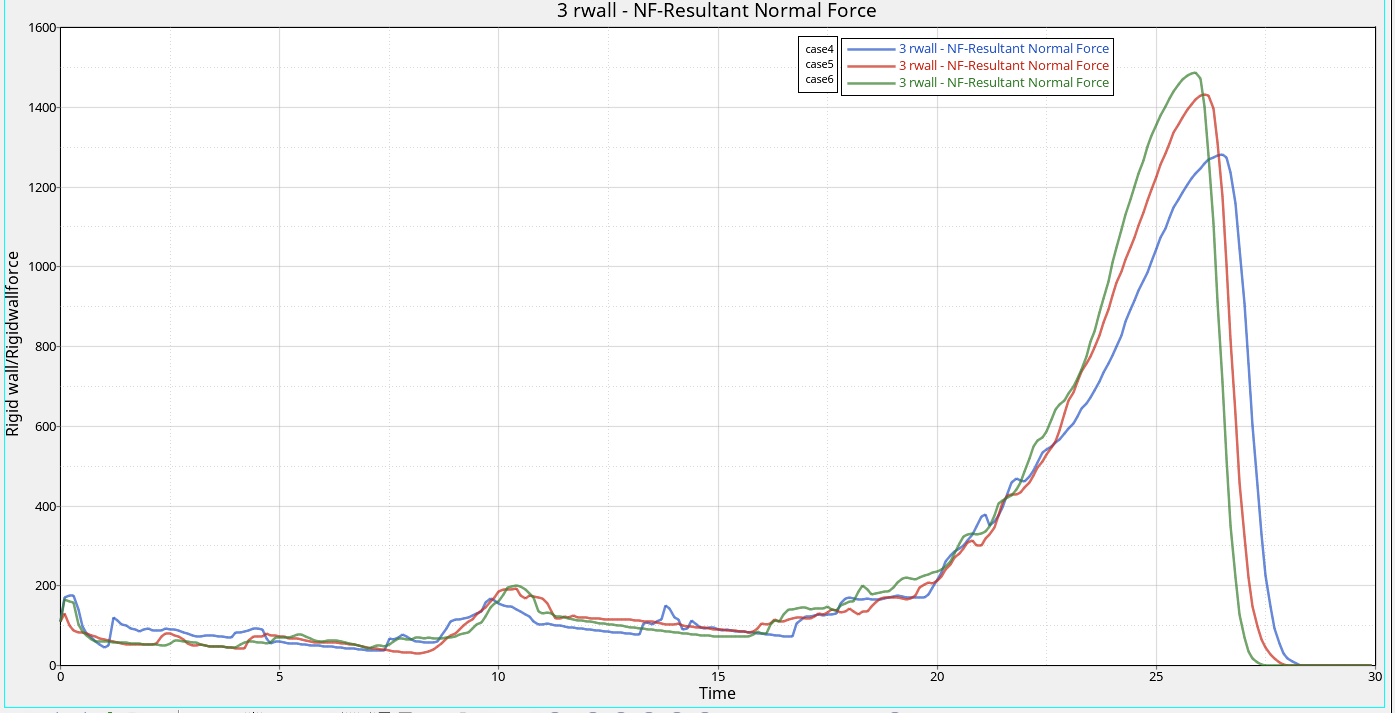 As we can see in case4 (no notches) has the least rigid wall force developed.

Contact energy in case 4 is less, so energy error will be less. 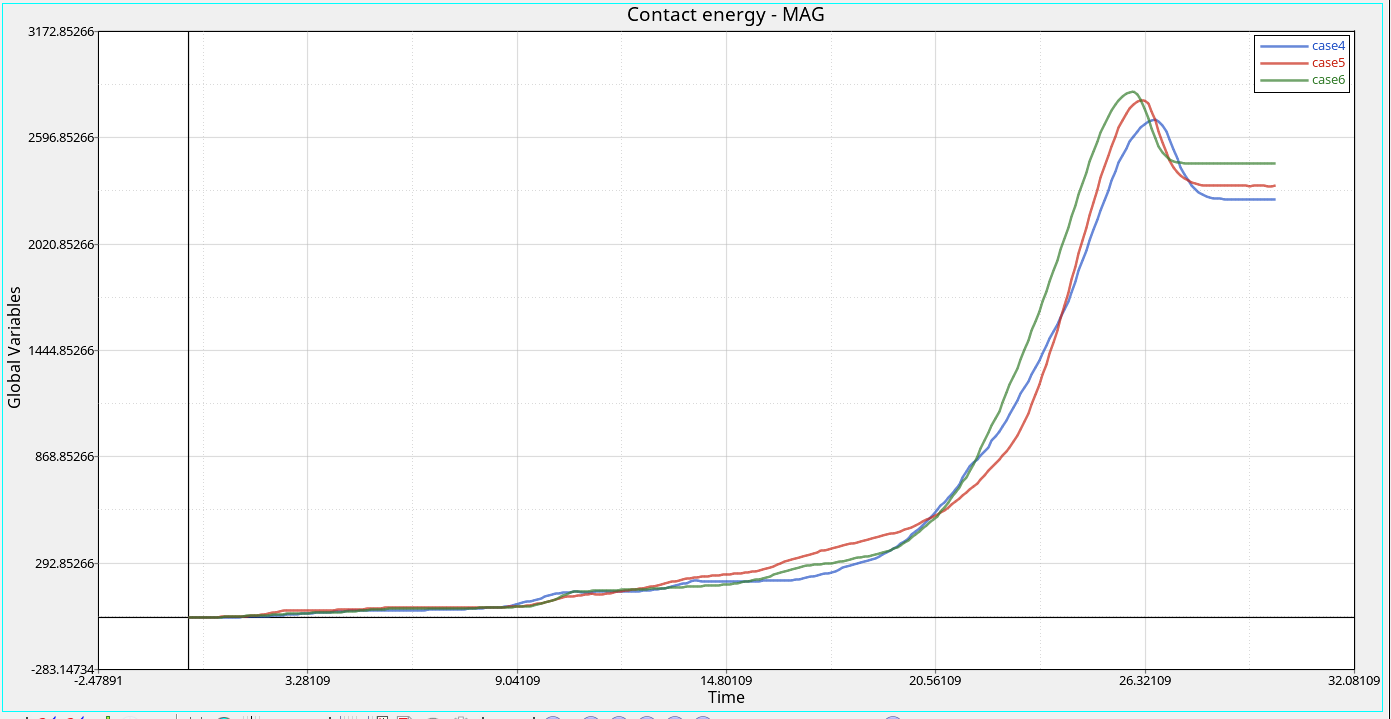 Through this challenge, we studied types of contact and how are they selected. What are the best parameters for the given type to avoid errors in energy?

How can we overcome specific contact, which involves high computation time and cost(type24) with the help of a combination of two different contacts(type7 +type11)?

We tried to compare type11 and type7 and what they can achieve if used in combination.

Finally, we tried to study simulation by first removing notches then adding it in the middle and then finally creating it on two opposite faces. We tried to focus on checking how these notches initiate deformation, buckling, and failure. How energies are stored during deformation?

We also plotted energies like KE, IE, TE, HG and Contact energy to find how these were affected by changing from default interface properties to the properties recommended in the challenge.