OBJECTIVE: To compare the results with base simulation and improved shell elements properties by performing energy, mass error checks, plotting graph in HyperGraph and animating in HyperView.

Imported Element_Formulation-Shell-3_assignment_0000.rad file. The property was not changed. 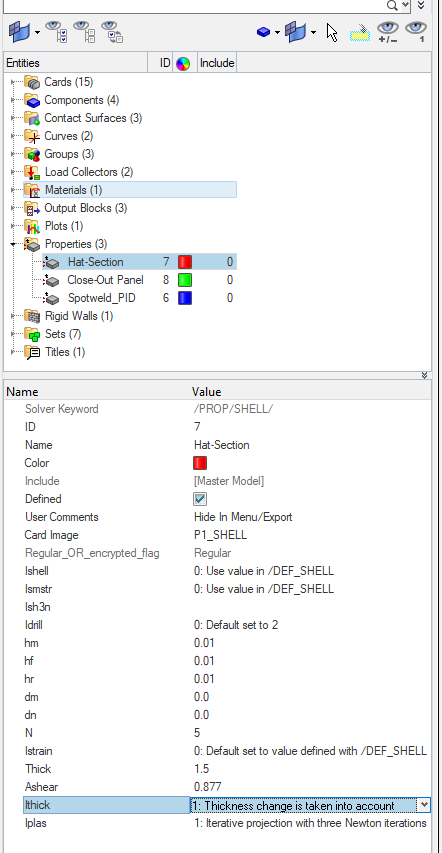 Changed Runtime to 55milli seconds and animation frequency to 2.2 to get 25 animation files.

SIMULATION 2: With recommended shell properties, same Runtime and animation frequency as above. 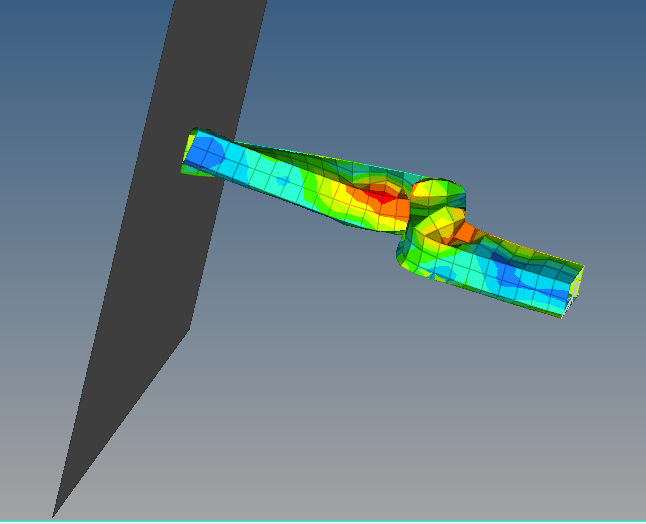 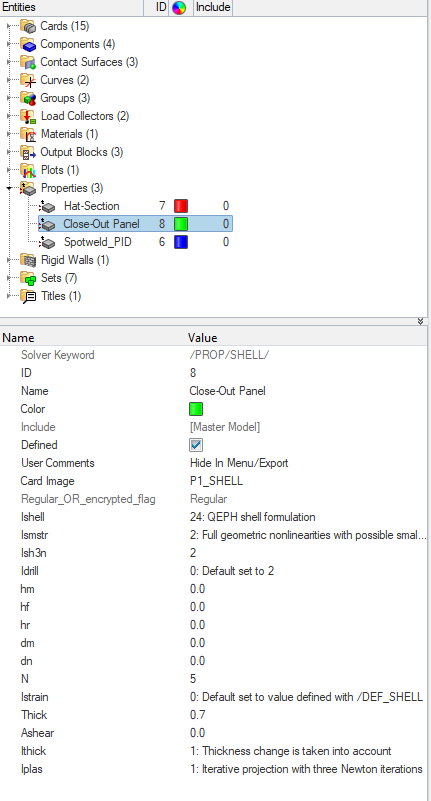 Energy error must be negative and decreasing. The error must be less than 15% at the end of the simulation (5% for a good model). If error increases a little and then decreases it may be acceptable.If the error increases, this means that a problem has occurred. Then the error may grow to 99.9% with a computation failure message.

So ideally the error should be atmost -15% and better to have -5%. The closer to 0% error the better. For QEPH shell formulation or fully integrated elements, the error can be slightly positive since there is no hourglass energy and computation is much more accurate. An error of 1-2% is acceptable. Otherwise, any positive error means which means energy has been created and it is a model issue.

At the end of simulation1 error is shown below:

Since energy error is negative it indicates energy has been dissipated from the system.

Also since energy error is less than -15%, so the model is ACCEPTABLE for further calculations.

ELEMENT QEPH(4node) Ishell 24 has inbuilt Hour Glass stabilization due to which there is a reduce in energy errors in the second simulation. 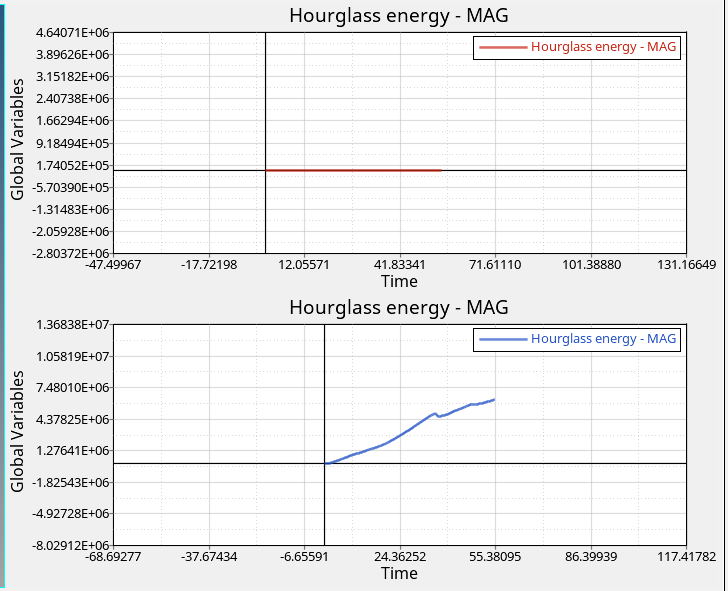 From the above plot we can see HG in simulation 2 is constant and zero. This is mainly due to the selection of QEPH element.

Stiffness Method: Here Extra stiffness is applied on the material itself even before HG error can appear so there is HG energy generation in this method. QEPH elements use this method.

Internal energy is the sum of kinetic and potential energy. In simulation 1 change in internal energy is almost linear and in 2 we see a curve. At the beginning KE was high and IE was zero due to zero deformation and at the end, KE goes to zero and IE becomes high and constant but still less than KE mainly due to energy error. we can see zero KE only if we increase run time more than 55ms.

If we increase runtime to 85ms, KE becomes zero and IE become maximum and remain constant. 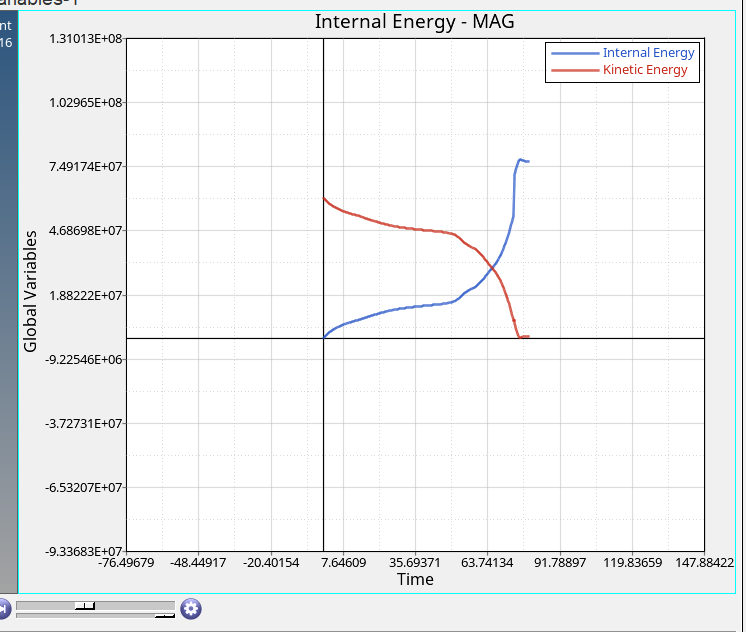 In both cases, we see around 17ms, a sudden increase in contact energy. This is mainly due to buckling. In simulation2, this was captured better.

Initially, there was huge force, but due to internal deformation this force gradually decreased and friction force also got generated. The total resultant force is a sum of normal force and tangential force. 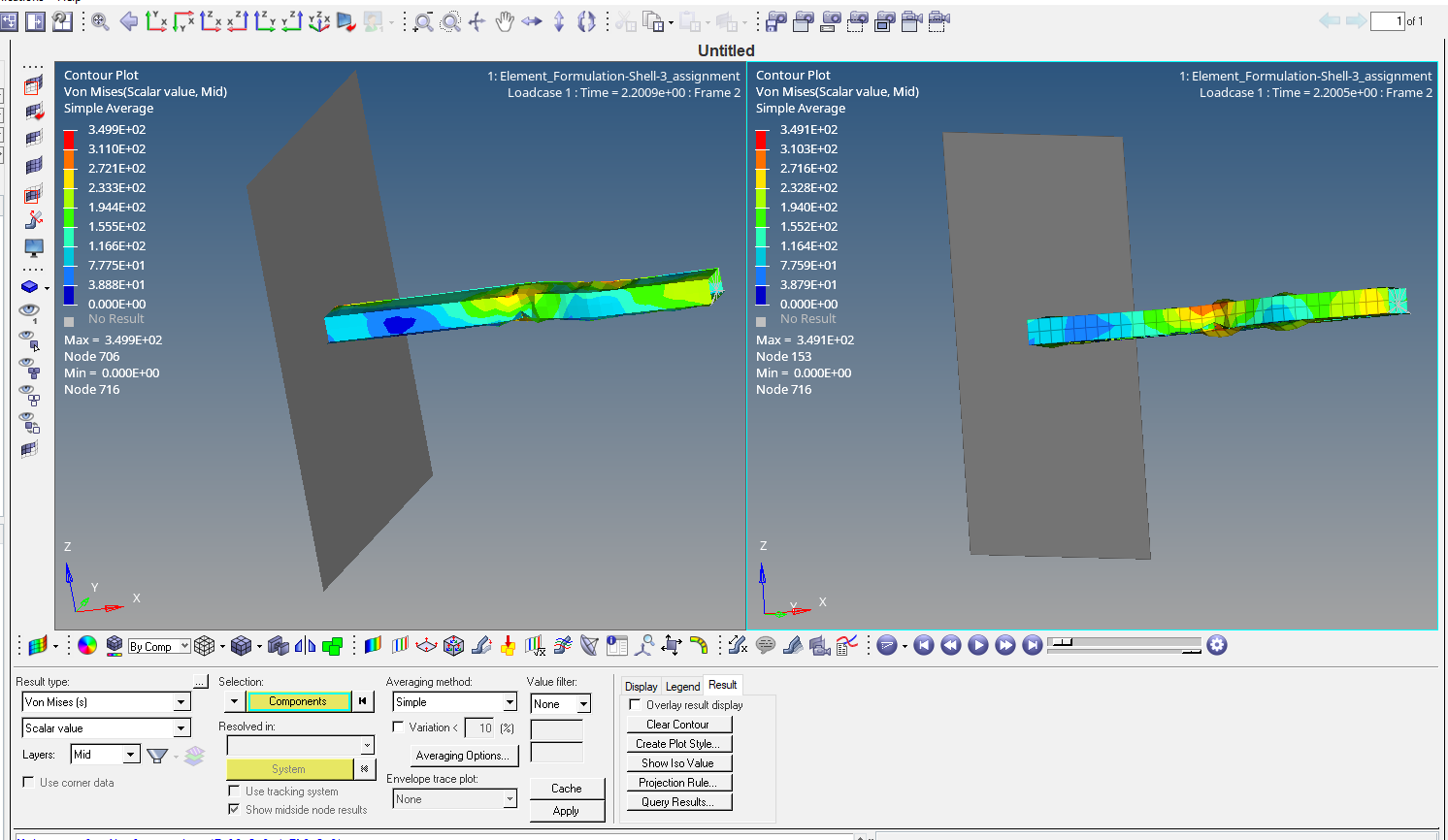 Both simulations show the same value of VON MISES stress but node at which max force is acting got changed. The reason could be due to the recommended properties applied for 2nd simulation. At 716 node there is no stress in both simulations.

With default properties, element deformation does not look natural. To overcome this, shell property was changed according to recommendations. QEPH ISHELL 24, with inbuilt HG stabilization, was used to capture deformations and transfer of stresses more effectively.