The geometry is a hollow cylindrical pipe made of Aluminium 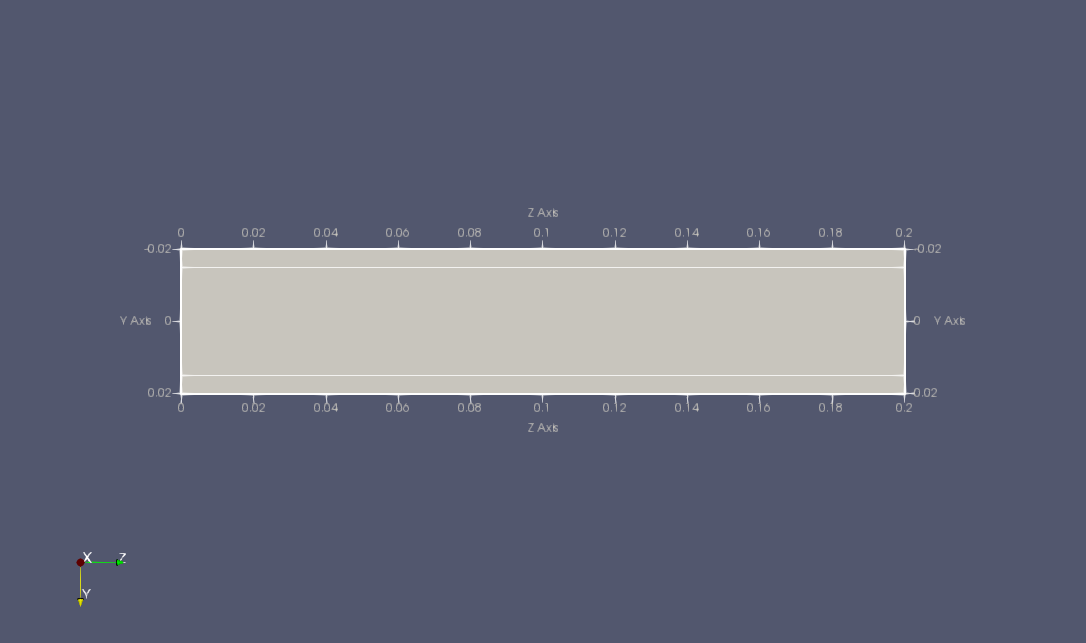 The inlet is a velocity inflow condition of 5.23 m/s which gives a Reynolds number of 10000.

The outlet is at atmospheric pressure. The fluid region is initialised at 300K. The solid material is Aluminium. Thermodynamic properties of air are obtained from the internet for analytical calculations.

The plot shows the temperature at the monitor point for the grid sizes mentioned.

Plot comparing temperatures for the quarter section of the geometry.

The Simulation was allowed to run until the change in temperature at the monitor point was less than 2% for 11% mesh refinement.

Starting from 0 seconds the simulations was allowed to run for 0.5 seconds.

A transient simulation was set up and used RNG K-ε with variable time step size. A minimum step size of 1e-7 seconds and maximum of 1 seconds was set up.

The effect of supercycling is studied.

A shorter interval leads to faster convergence of the wall temperature.

The comparison of total simulation time to baseline configuration is inconclusive and therefore not added.

The simulation was initially run on the complete geometry.

After reducing the mesh size to 3.24 mm, a further reduction in mesh size led to a significant increase in simulation time. Therefore a quarter section of geometry was created and setup to be able to run finer meshes.

The initial mesh size for this geometry was 3 mm. After which the mesh was reduced by 10% for the next iteration, up to 1.18 mm.

The threshold for grid dependency test was a change in temperature within 5%.

The Y+ results were calculated for all the simulations. 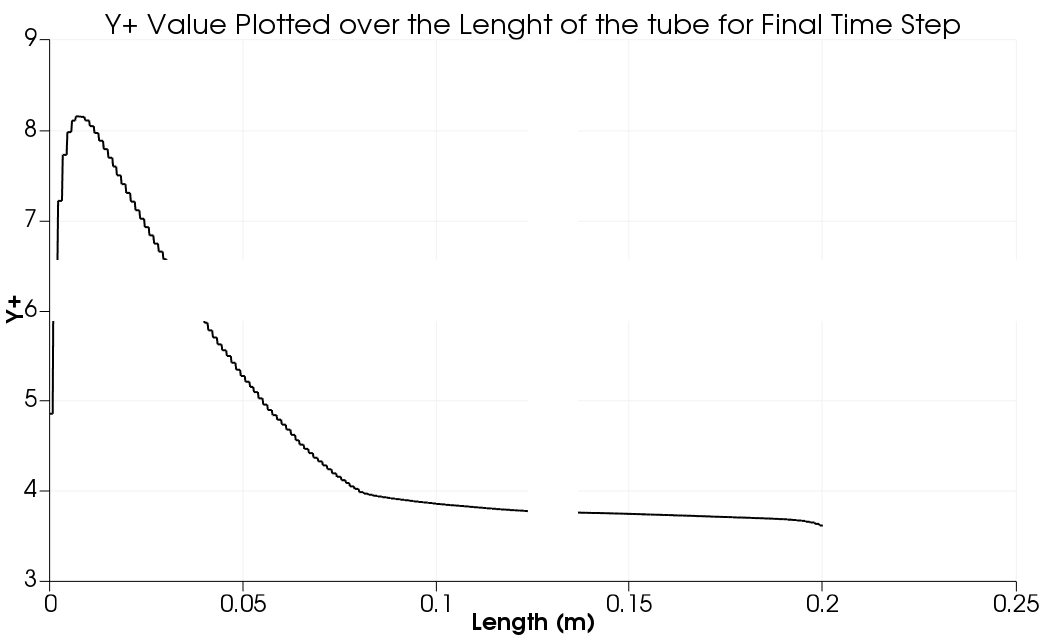 The maximum Y+ at 0.5s for the mesh size of 1.18 mm is around 8. This is between the buffer layer and unsuitable for the turbulence model used.

It is to be noted that the temperature and velocity values obtained for these set of simulations are prone to error, and whose verification is beyond the scope of this study,

The series of simulations were carried out to study and get a feel for capabilities of Converge as a tool. Part of this study was to run a grid dependency test, while another was to understand the effect of changing time interval values of Supercycling. These have been achieved.

There are two core objectives of the project. To create a backward step geometry by editing blockMeshDict file. To study the effect of mesh grading on the velocity magnitude plot at particular location. The geometry is predefined. To create the required geometry, Read more

Objective To understand the effect of SGS Temperature parameter in capturing of expansion waves in Prandtl-Meyer Expansion Flow Boundary Conditions for Shock Flow Problems Shock flow problems (M>1) are Hyperbolic in nature, where a marching technique (in time or s Read more

SETUP The flow simulation is carried out, with the throttle valve rotated 25 degrees from the completely open position. This rotation happens between 0 to 2 milliseconds. The flow time through the elbow is assumed from the results of the steady-state simulation consid Read more

Steady-state airflow simulation is carried out, inside of a throttle body with the valve completely open. The geometry is an STL file, which is imported into converge studio and cleaned up. The mesh size is 2e-3 metres in X, Y and Z respectively. For better visua Read more

Objective To set up and solve a channel flow problem in Converge and post-process the results in Paraview. The length of the channel is 0.1 metres and height is 0.01 metres. Problem is run for three base grid sizes of 2e-4,1.5e-4 and 1.0e-4 respectively in the X-ax Read more

The Two Dimensional Heat Conduction Equation is given by `(delT)/(delt) - alpha ((delT^2)/(delx^2) + (delT^2)/(dely^2)) = 0` The purpose of the project was to implement Transient, Explicit and Implicit Solvers for the given equation. The geometry chosen was a unit sq Read more