To compare the result of the base simulation and improve shell element properties.

NEGATIVE ERRORS are caused when energy is dissipated from the system. There could be a lot of reasons for the same, it could be because of damping or hourglass, etc. The damping, hourglass, and shear energy are caused due to the properties assigned for the component. It is acceptable that energy errors must be less than negative of 5%. 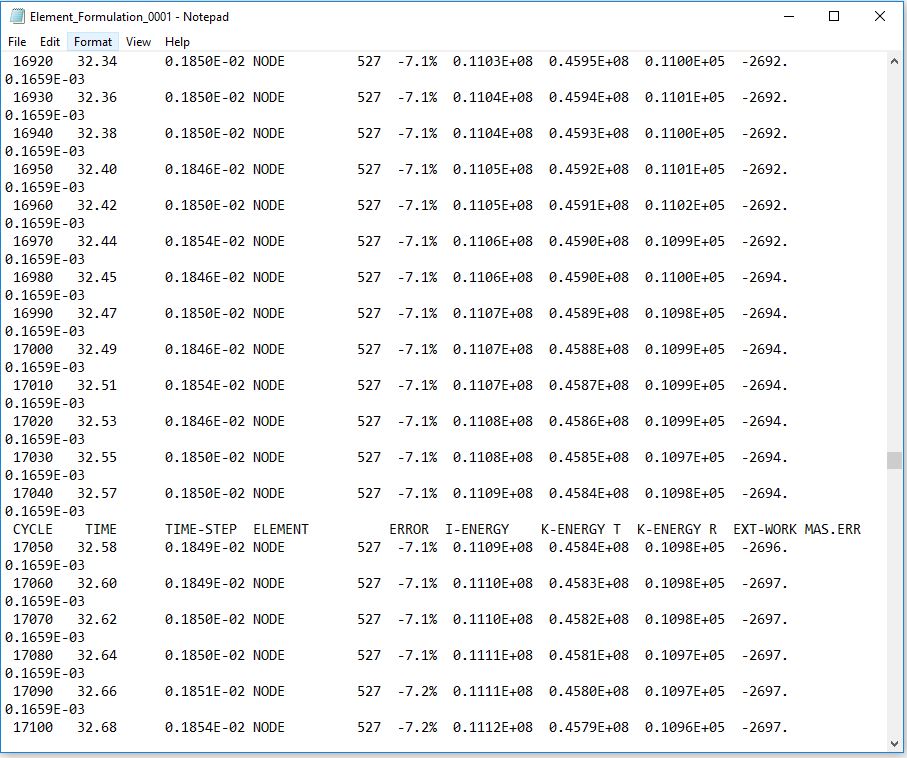 2.1.3:  MASS ERRORS are caused due to the imposing of high time steps.

Ishell =24 With one-point integration formulation, if the non-constant part follows exactly the
state of constant part for the case of elastoplastic calculation, the plasticity will be
under-estimated due to the fact that the constant equivalent stress is often the
smallest one in the element and element will be stiffer. Therefore, QEPH, defining
a yield criterion for the non-constant part seems to be a good idea to overcome
this drawback.

Ismstr = 2, full geometric nonlinearities. It is applicable for the material that undergoes drastic deformation. During the deformation, the time function remains constant whereas the Gaussian quadrature point change which results in the change in stress, strain, deflection, etc.

Ish3n =2, This is for the three noded elements. since the component has meshed with four noded, there is no use of assigning properties.

N=5 is the number of integration points set through the thickness which helps in increasing the accuracy for calculating the bending moment.

Ithick =1, The thickness changes is taken into the account. Since material after reaching the yield point, the material loses elasticity and gains elasticity. after the elasticity region the thickness reduces due to necking, so considering the thickness at the necking region will result in the better output.

Iplas =1, Iterative plasticity for good accuracy, since the Von Mises is bigger than the yield stress, the strain through-thickness integration point is been updated in an iterative way, also the thickness that has been changed is updated and taken into the consideration. 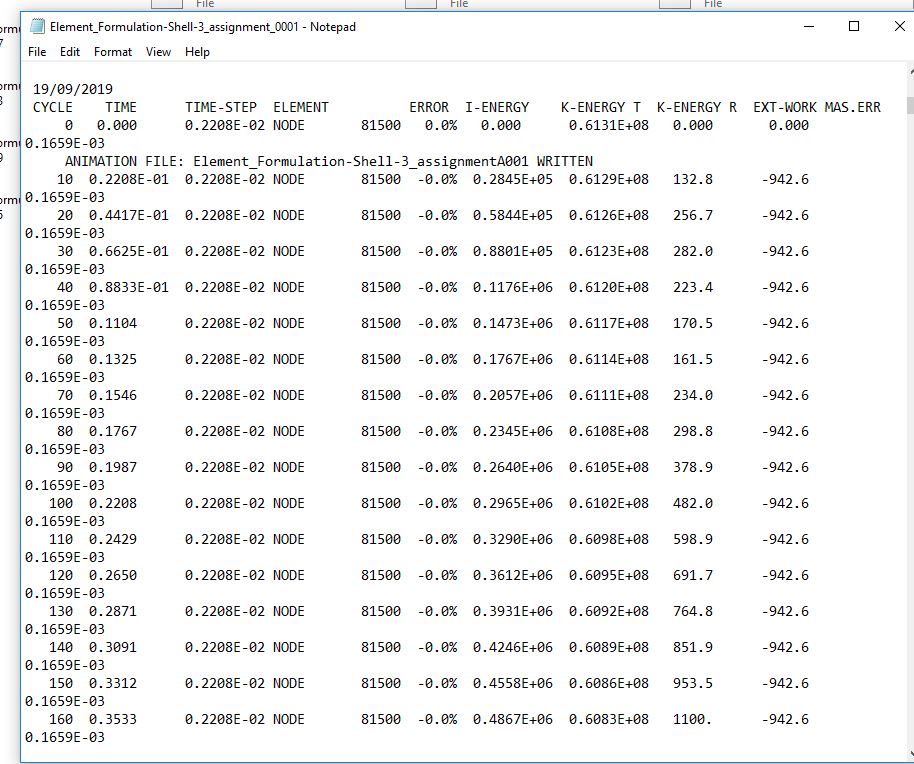