The Chrysler Neon is a front-engine, front-wheel-drive compact car introduced in January 1994 for the model year 1995 by Chrysler's Dodge and Plymouth divisions in two and four-door body styles over two generations.

BIW (Body in White) is a stage in automotive design and manufacturing. BIW refers to the body shell design of an automotive product such as cars. It is just a sheet metal welded structure. BIW will not have doors, engines, chassis or any other moving parts.

The main aim of the project is to run the simulation for the frontal crash of Chrysler's Neon and record the following errors and energy changes.

thus the recommended parameters used are 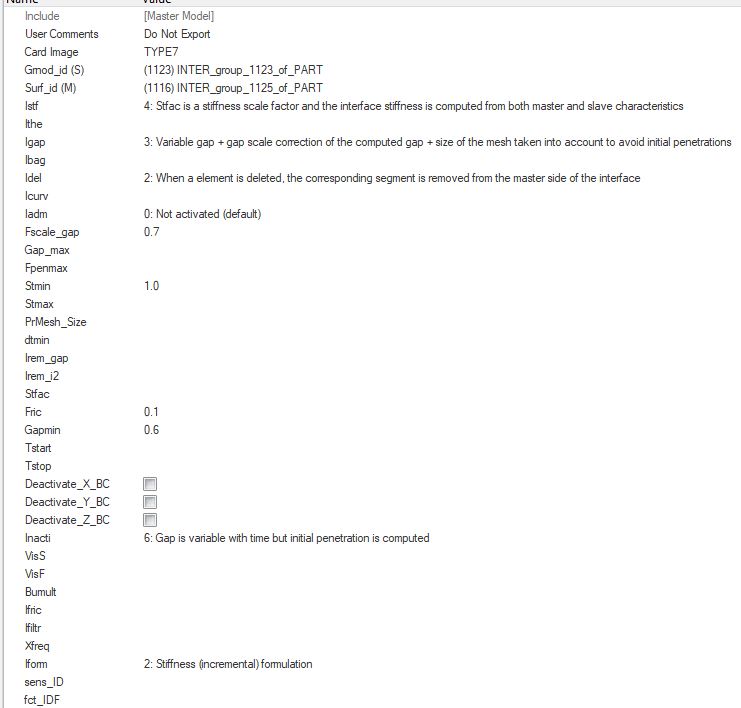 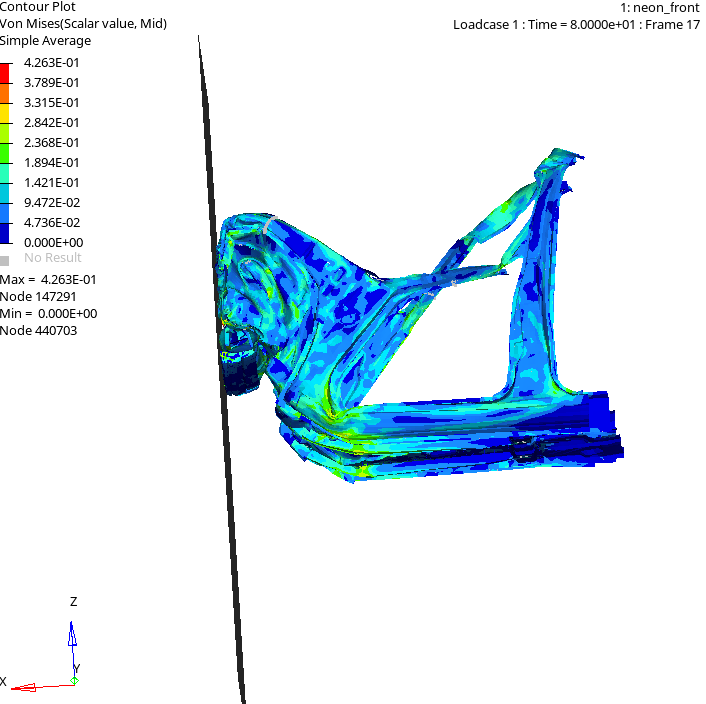 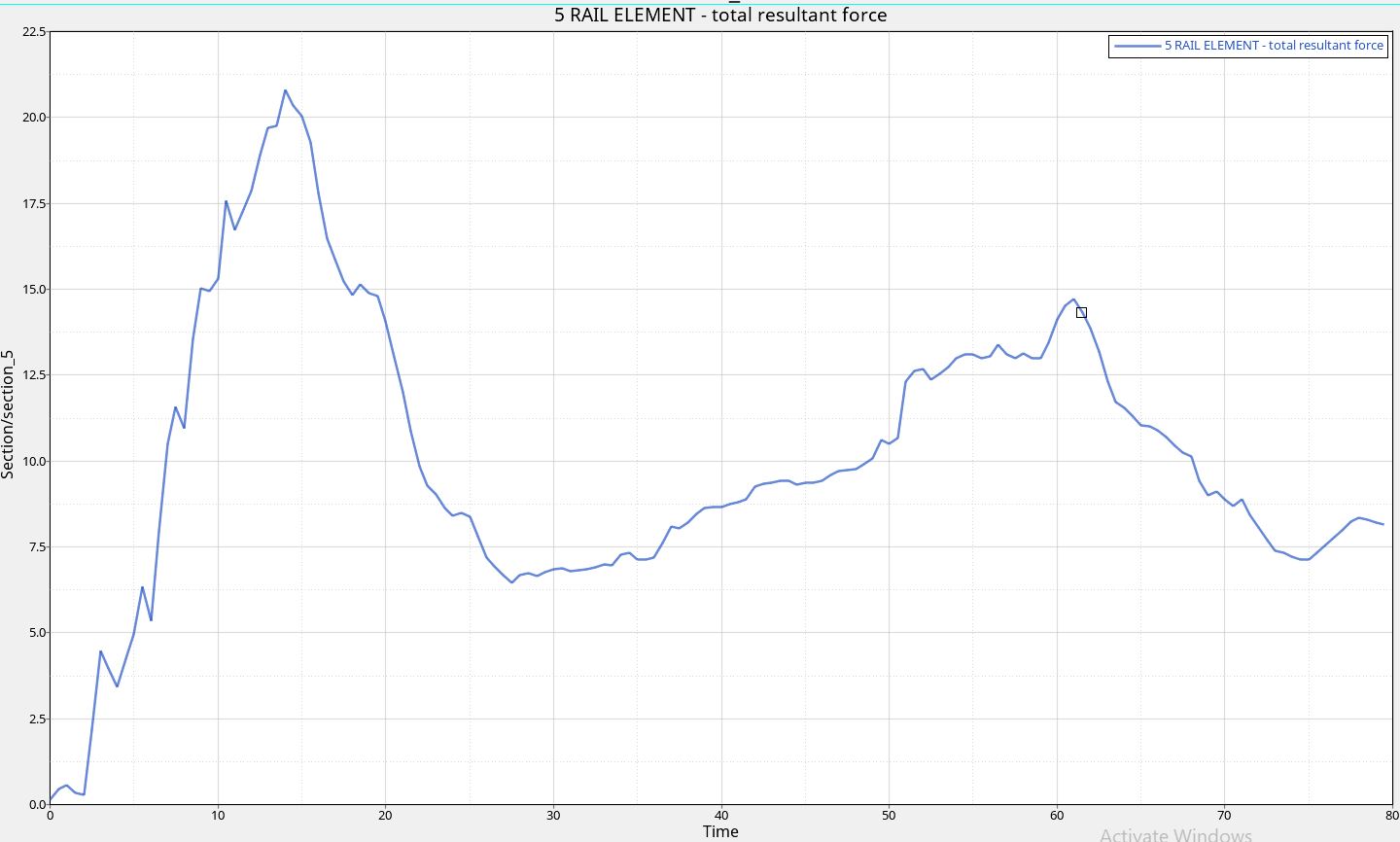 It is noted that at node 174247, the sectional forces are keeping increasing due to the impact of the car on the rigid wall. The reaction force is applied to that particular section. To resist the reaction force, the internal resistance is created. Thus the resistance force keeps increasing and maximum at the point of 15 milliseconds which has 205 Newton.

After the time of 27 milliseconds, the internal forces keep increasing at a smaller rate because the reaction force is much reduced compared to the initial stage

2.The axial force received on the rails from the bumper.

The axial force remained constant until 4 milliseconds which meant the bumper getting impacted on the rigid wall.

Then the force increases due to the resistance from the rail elements and decreases due to the small deformation and due to greater impact more reaction force is generated and which results in a resistive force which increased up to 10 Newton and again decreases because of the deformation of the rail element. Thus the spike is created in the curve.

After 10milliseconds there are no forces generated. 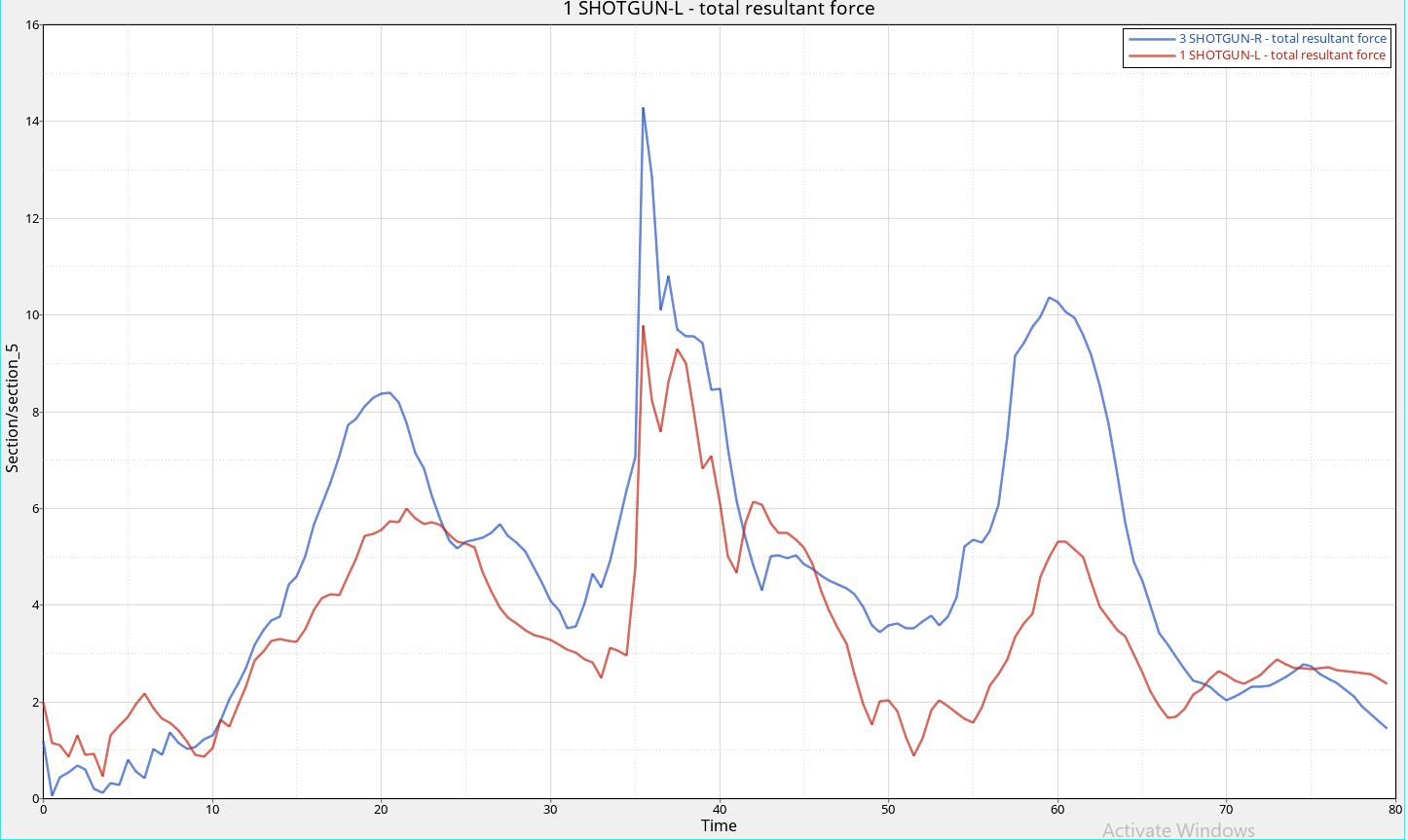 After the impact due to the reaction forces, the internal forces keep increasing and after the time of 20 milliseconds, the resistance force decreases which results in slight deformation at the start end of the shotgun. 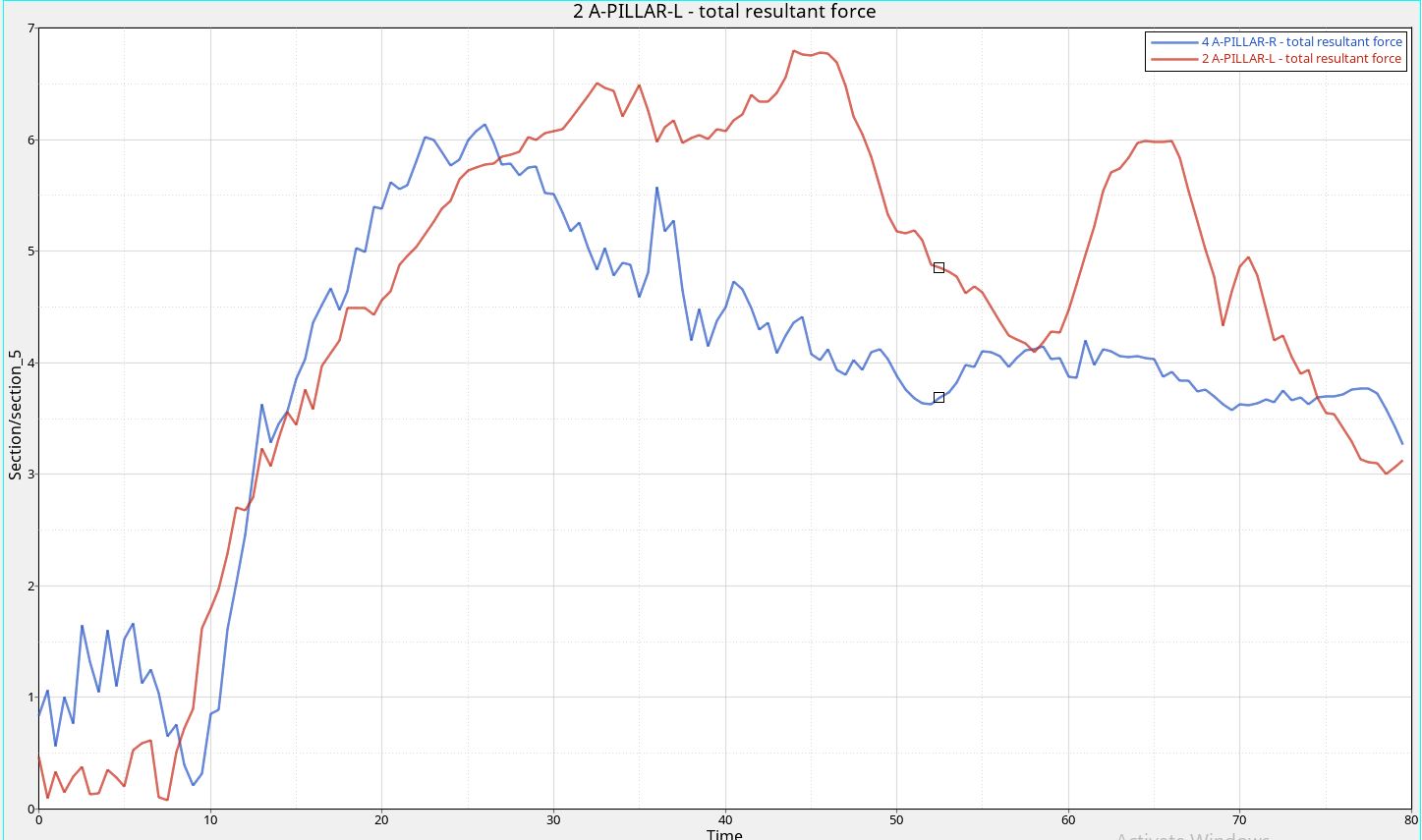 The right side got twisted resulting in less resistive force.

5.Acceleration curve received on the accelerometer at base of B pillar (on B pillar rocker) 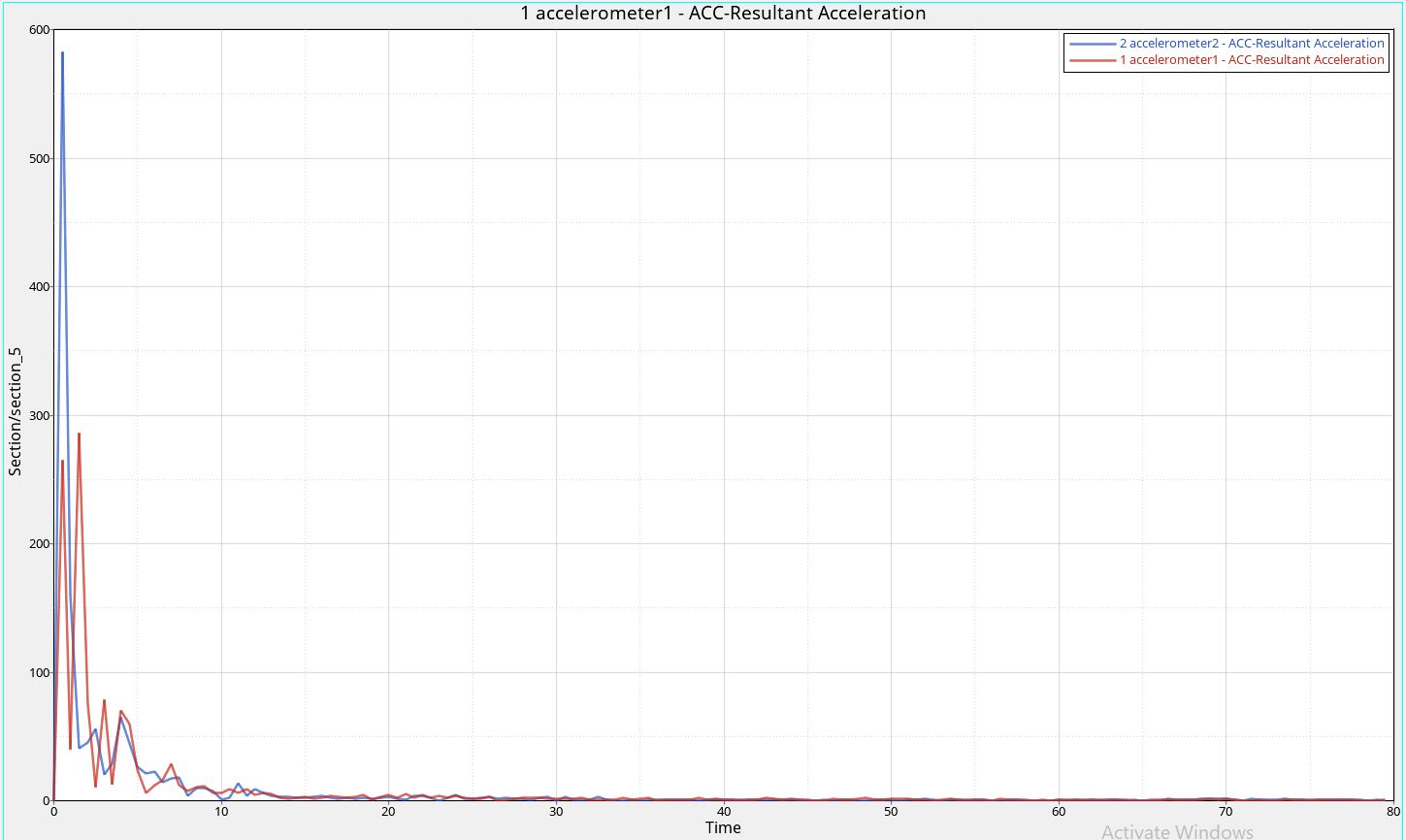 Due to the initial velocity, the elements in the B-pillar got accelerated at the high peak of 580mm/ms^2 at the initial time of impact

After the impact, the acceleration got stoped and thus the curve is decreasing.

and increases again due to the deformation in the bumper elements, the car moves slightly forward resulting in the little acceleration, it happens drastically. That is why the spike is shown and remains almost constant throughout the impact.

The sperate TH is created for the particular node on the dash wall and displacement is noted. 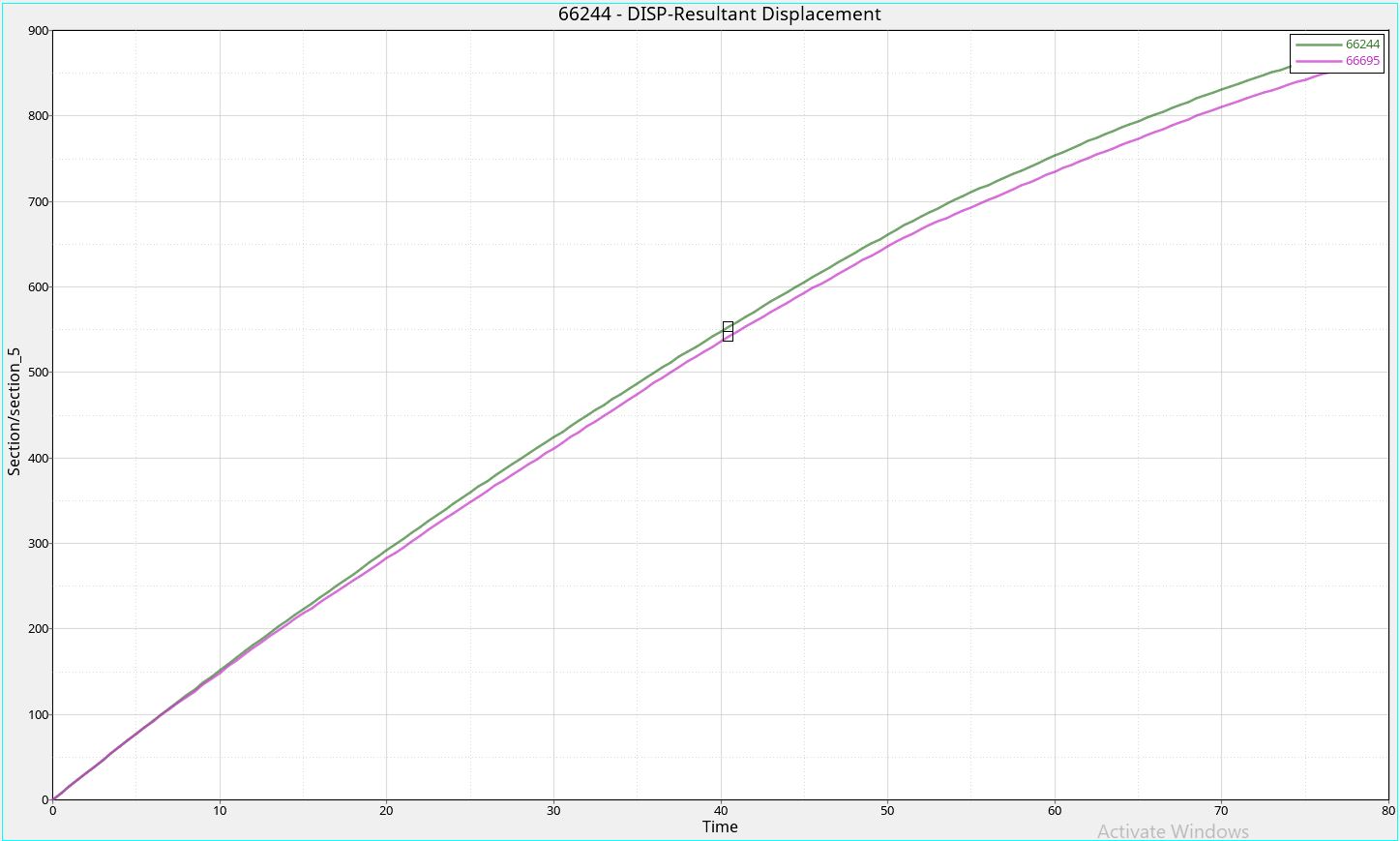 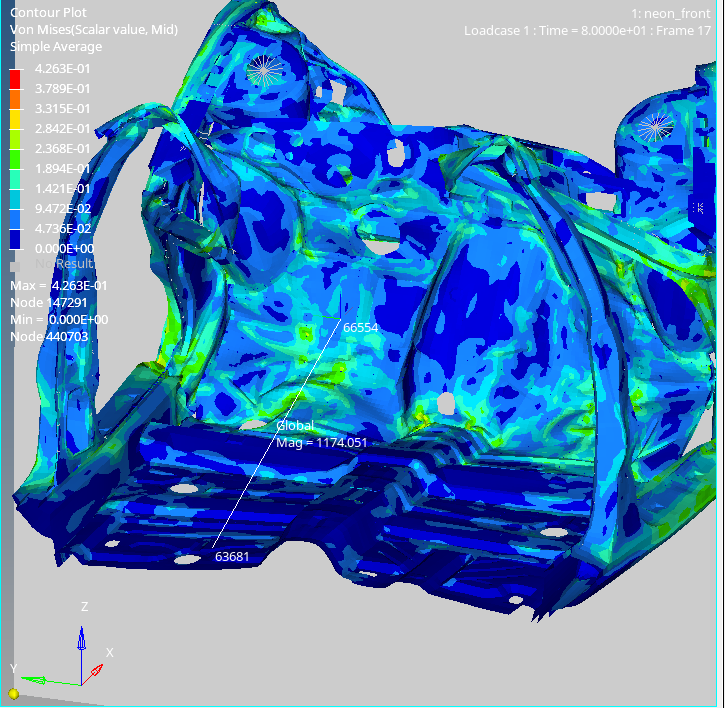 The displacement was kept on increasing until the point of impact

There are no spikes in the curve because the impact didn't create any changes in the dash wall nodes because the forces have been passed on through the rail to the A-pillars and thus not affecting the dash wall.

There is an intrusion of 75mm of the node in-dash wall to the driver's cabin.

Hourglass Energy: The hourglass energy remains constant throughout the simulation. This is because of the properties assigned as Qeph= 24

Kinetic Energy:  The elements are in motion due to the initial velocity, so the kinetic energy is high and keeps reducing due to the impact of the car on the rigid wall.

Thus the simulation of the frontal crash for Chryslers Neon is executed and the following observation has been made. It is noted that the BIW components are designed in such a way that it passes the forces away from the driver's cabin making the driver safe.