In this challenge, we check and create the properties for a Neon frontal crash-BIW model and run the simulation & observe results.

2. Create Type 7 Interface contact in which we give recommended properties.

a) One is of self contact in between the nodes and elements of the car itself. All nodes are the slave and all elements are master.
b) Another is in between Bumper and rails only. Bumper as master and rail as a slave. This we make because we need to know the Axial forces and sectional forces received on the rails from bumper

3. For checking Interference and penetration, we can check into Hypermesh and Hypercrash both.

while checking into Hypercrash some errors I got we can fix into Hypercrash itself but there is a problem, we cant export the file and open into Hypermesh because in the student version of Hypercrash node limit is 10,000 for exporting. so, it shows this command "please reduce the no. of nodes below 10,000"

But if nodes are under the limit then it is preferable that we fix errors in the Hypercrash itself because in Hypermesh we can see the Node id and can directly reach that node by search option.

5. Masses are added to reach target weight 700kg while getting CG about the required range. Near to the seat Reinforcement.
The position of C.G in both vertical and horizontal directions influences acceleration to a very large extent. So it should be in the proper place.

After doing all this work, again we run model checker & ensure good quality by checking errors and warning.

After that, we run the simulation.

1. For getting sectional force in the rail at a location of indicated node 174247, we make TH card with the cross-section over that node.

The highlighted part in the gif shows the areas on which take crosssection.

In the rail section, we get the max. value of total resultant force is 22.5 KN at around 15 ms (4th frame). Again it fluctuates.
Force decreases because at that time the rail of the front part of BIW crumples so the back part of the rail gets space to move further and little force decreases and increases.

2. The axial force received on the rails from the bumper. 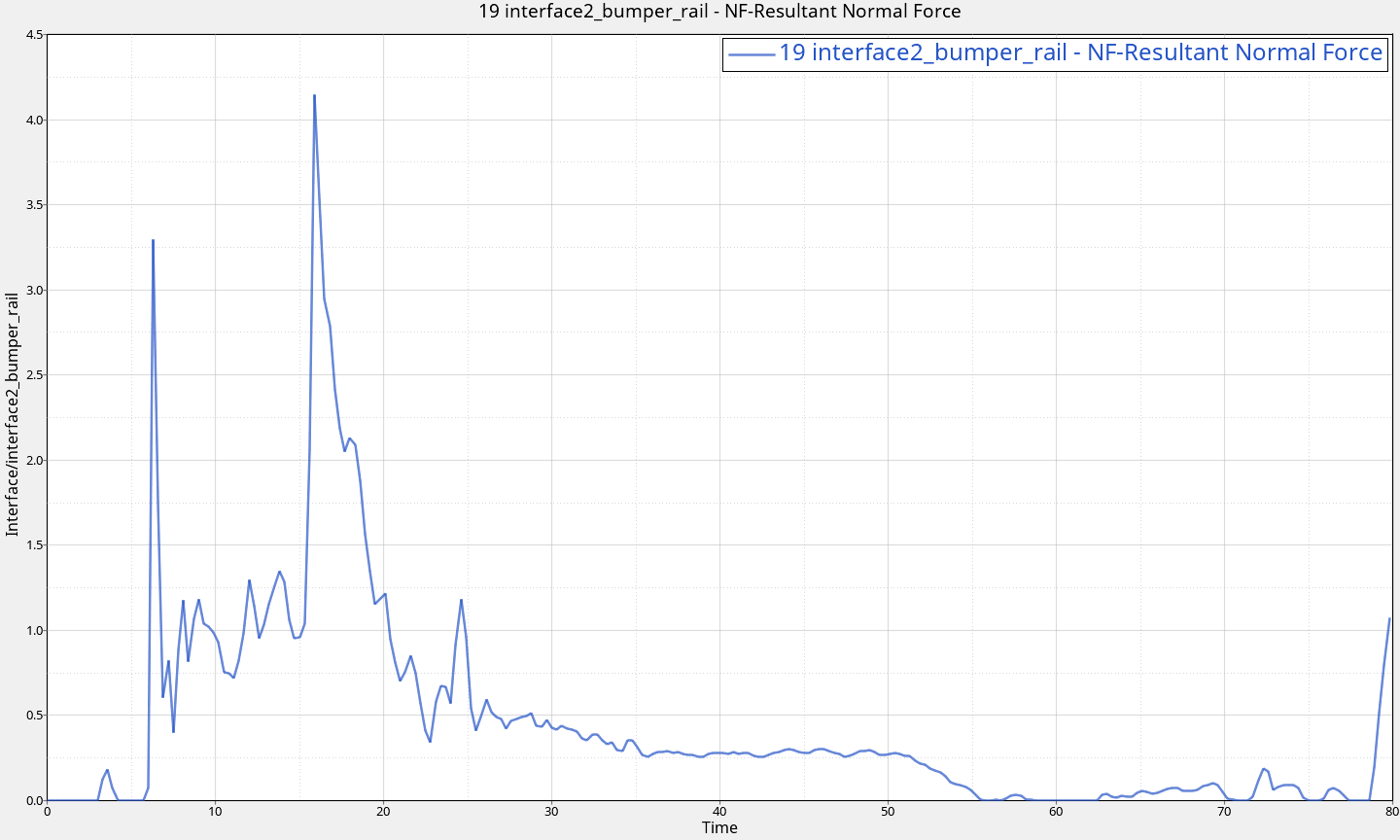 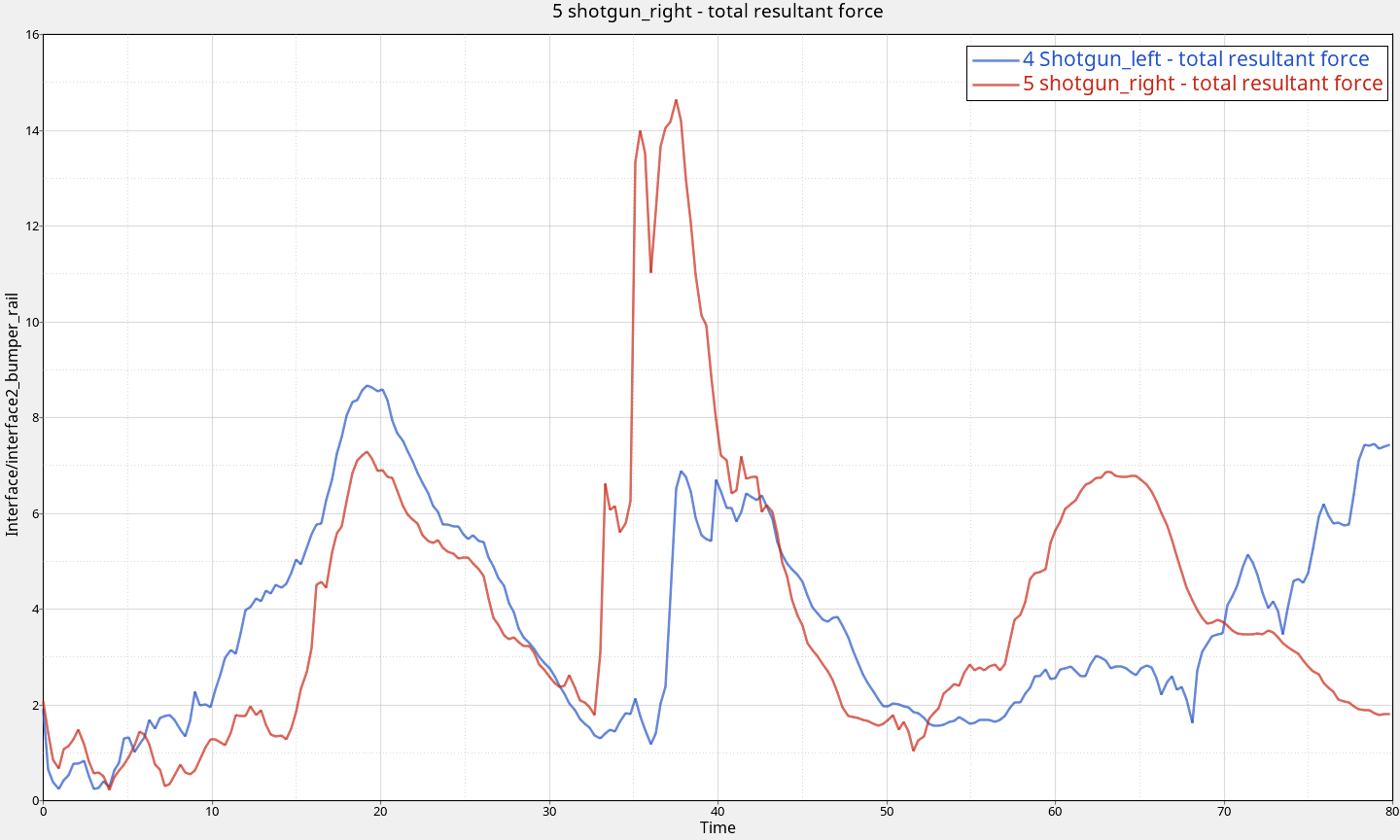 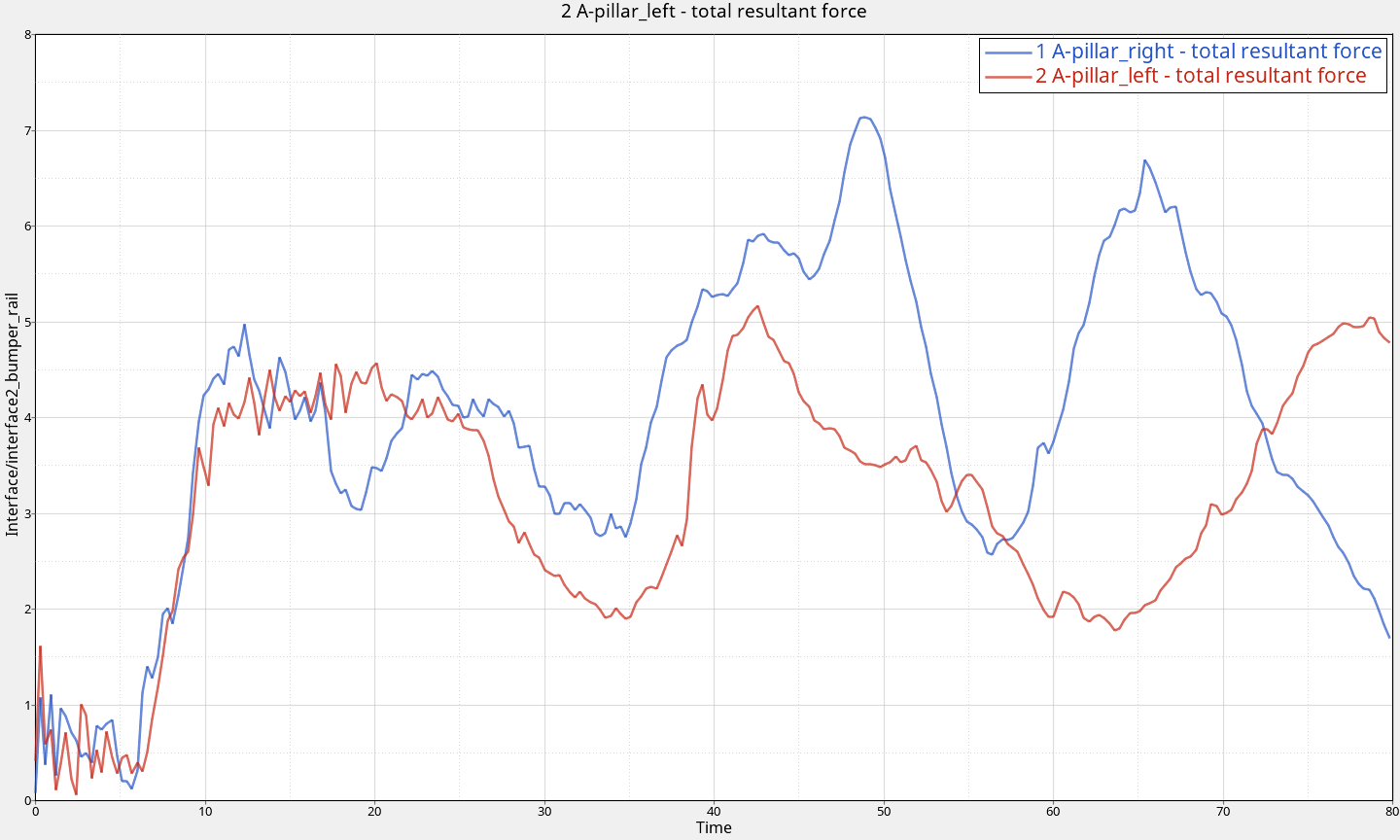 5. Acceleration curve received on the accelerometer at base of B pillar (on B pillar rocker)

Successfully performed the Neon Frontal Crash simulation and the following observations are analyzed.