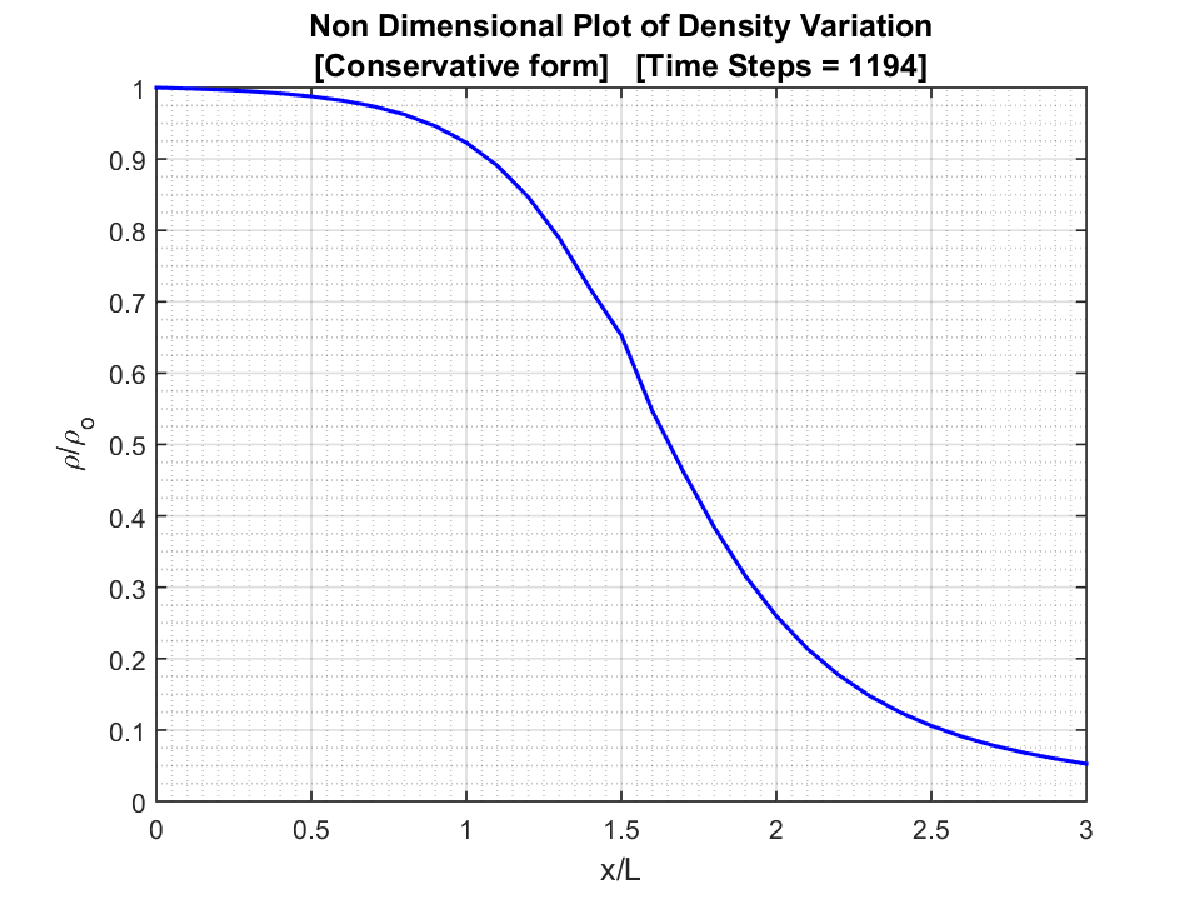 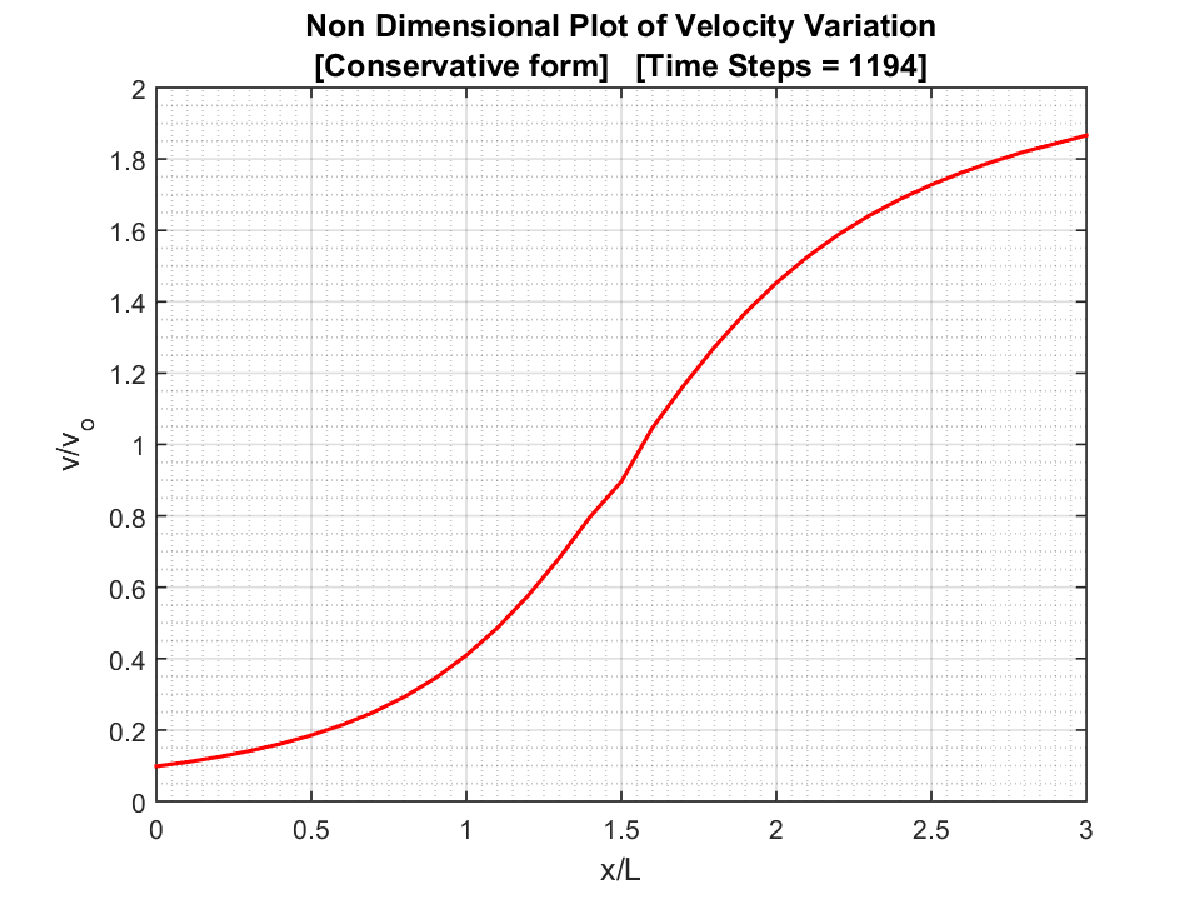 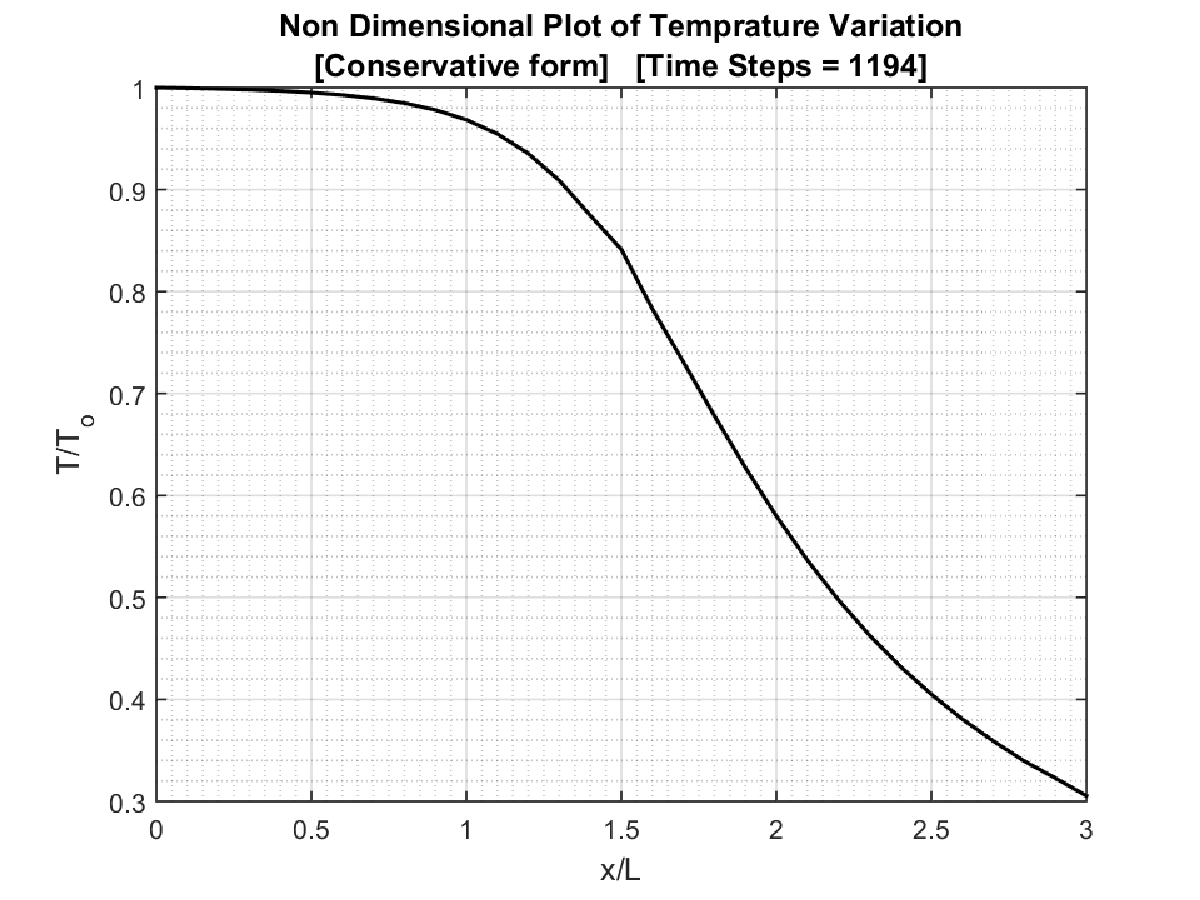 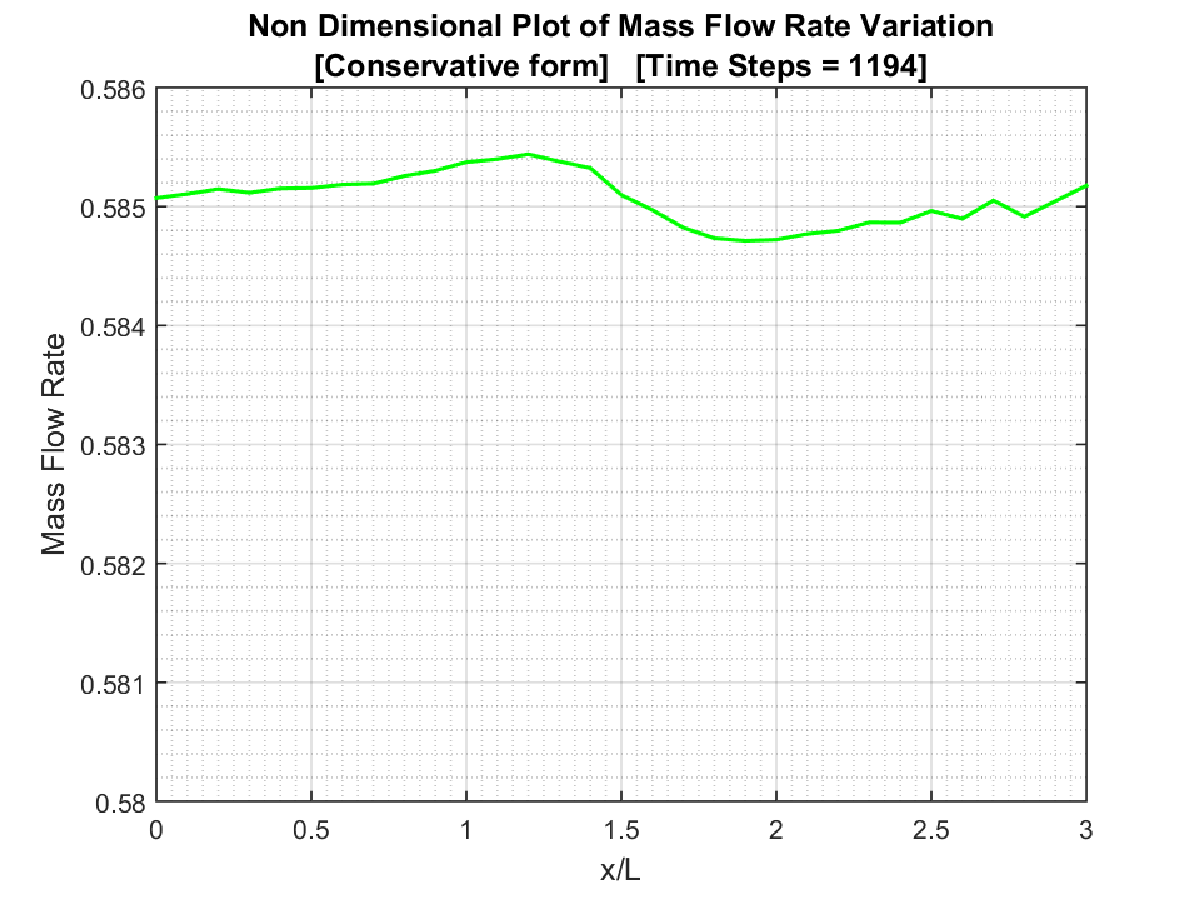 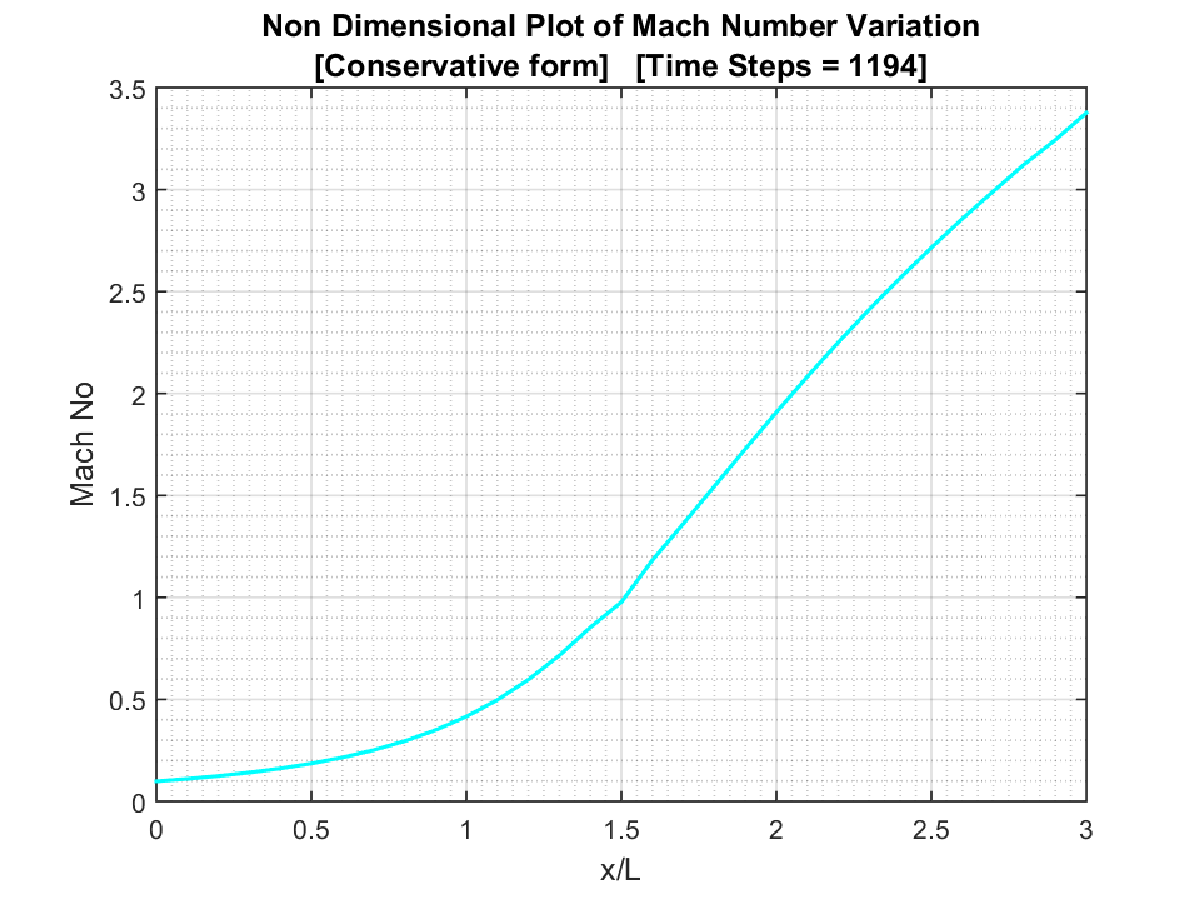 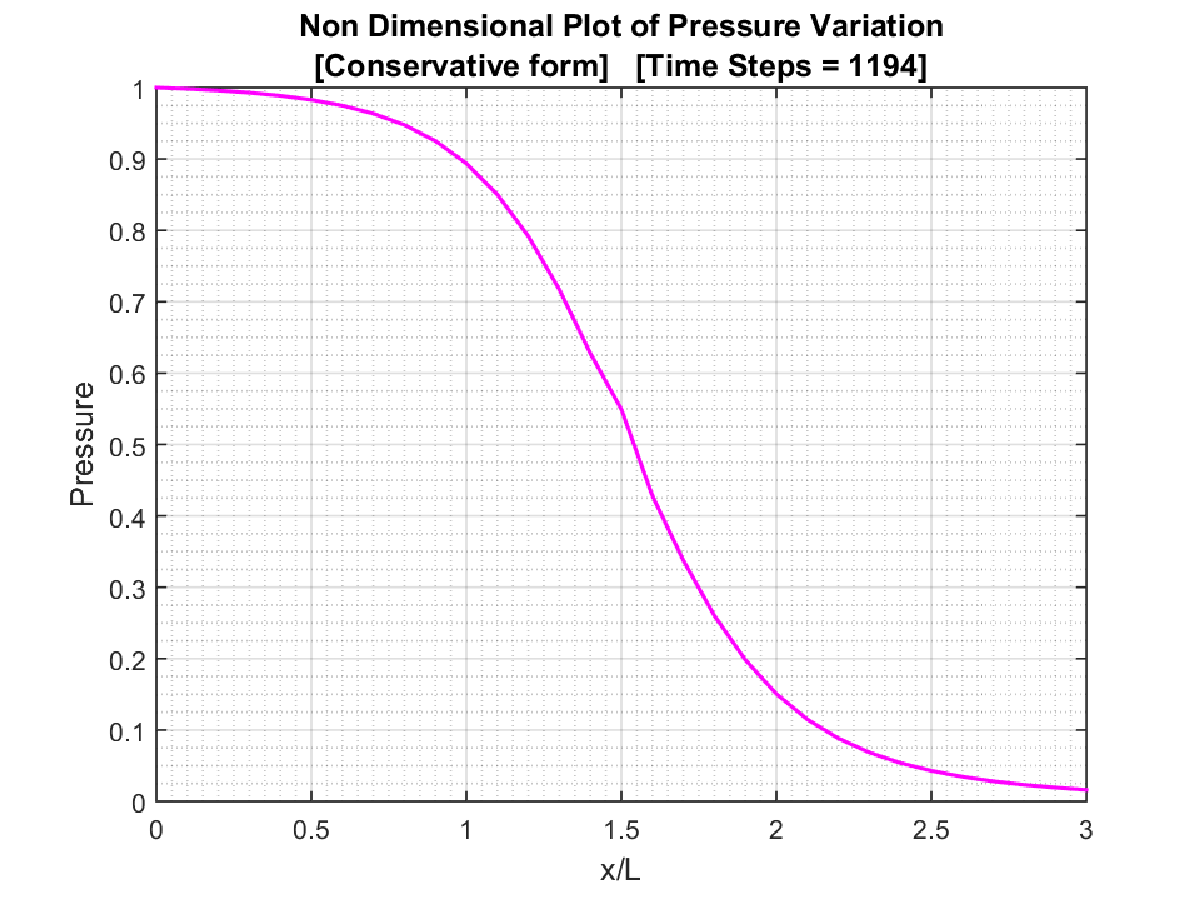 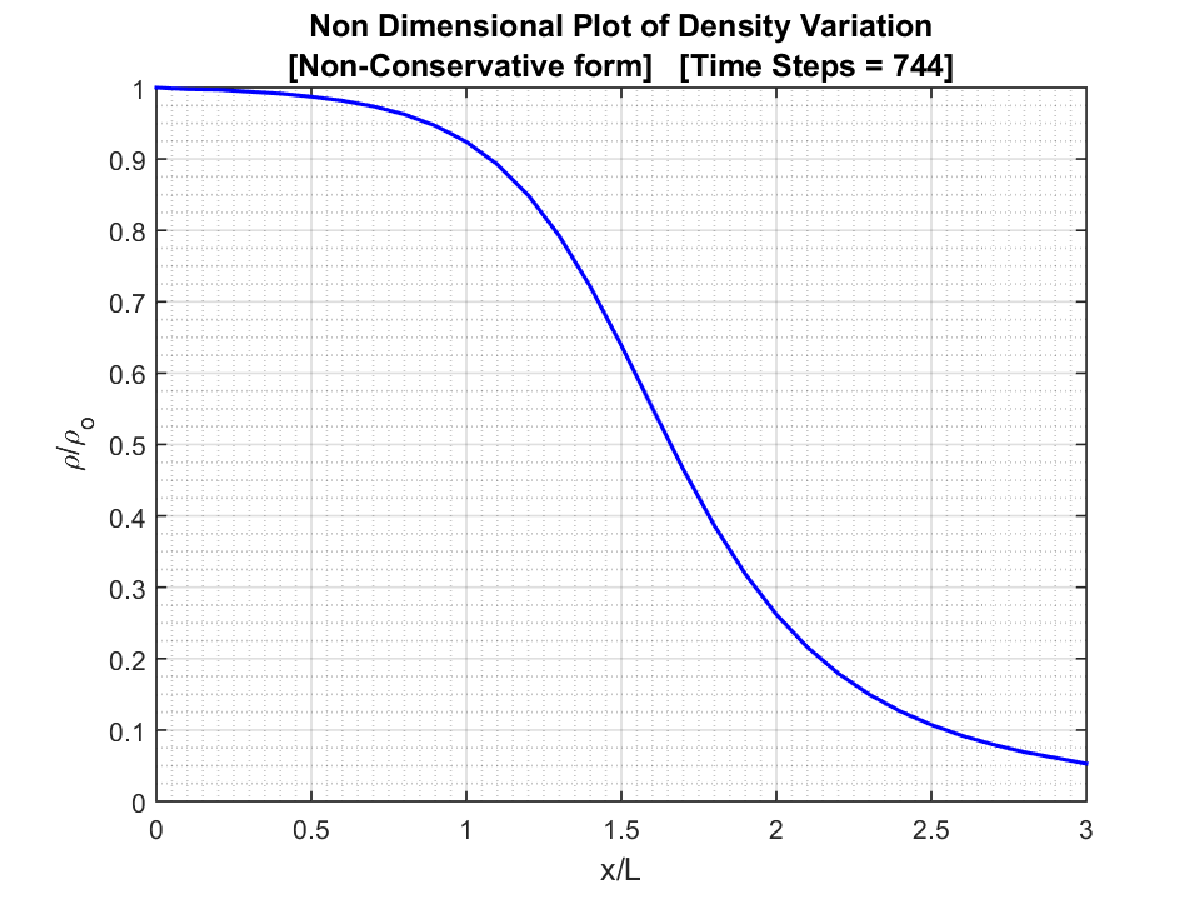 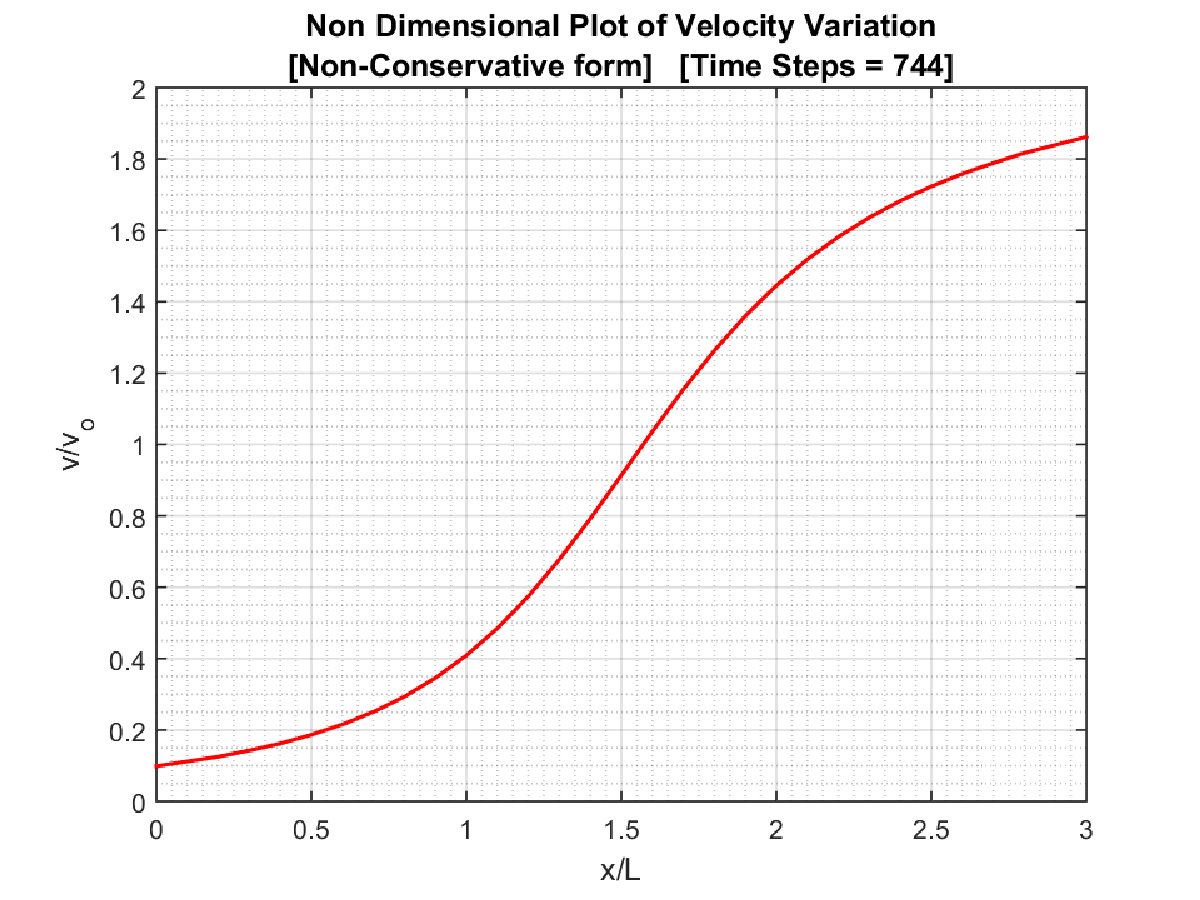 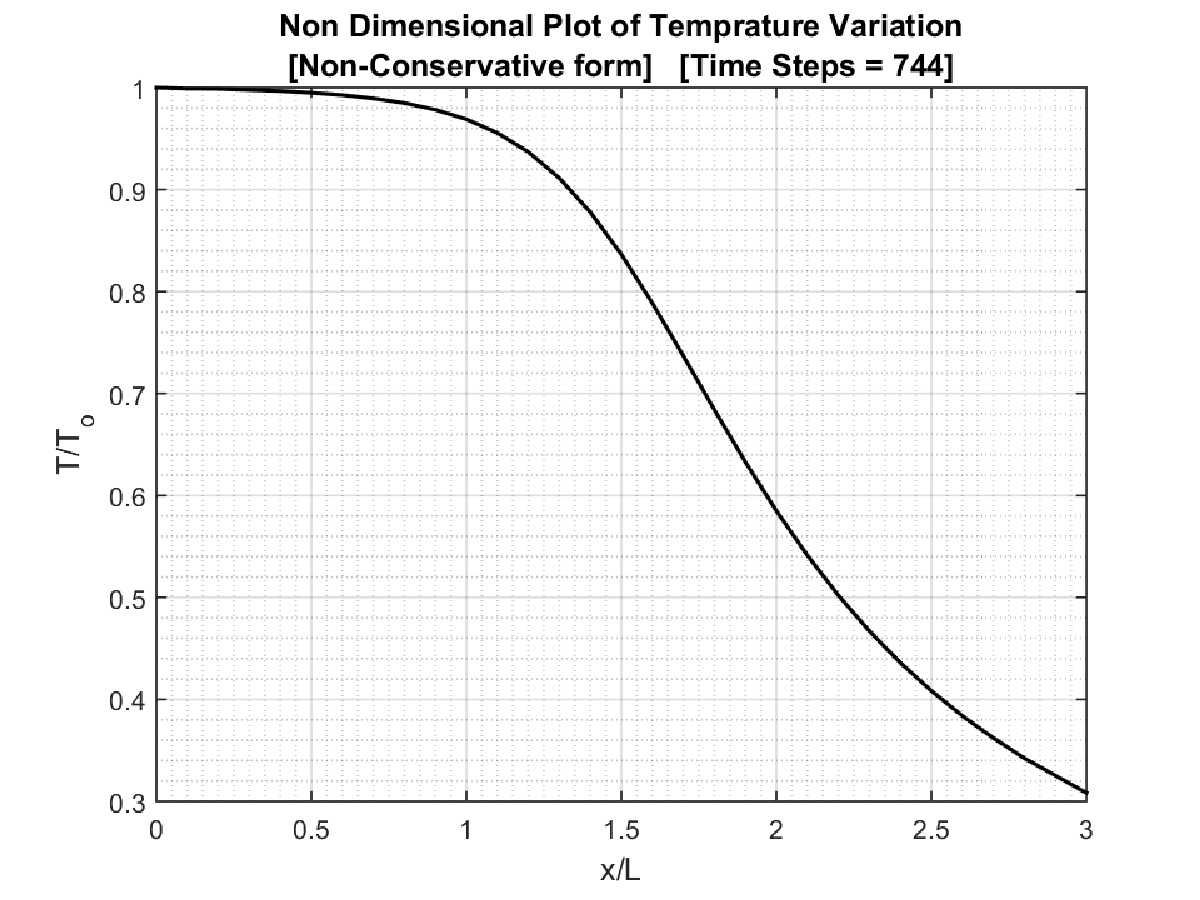 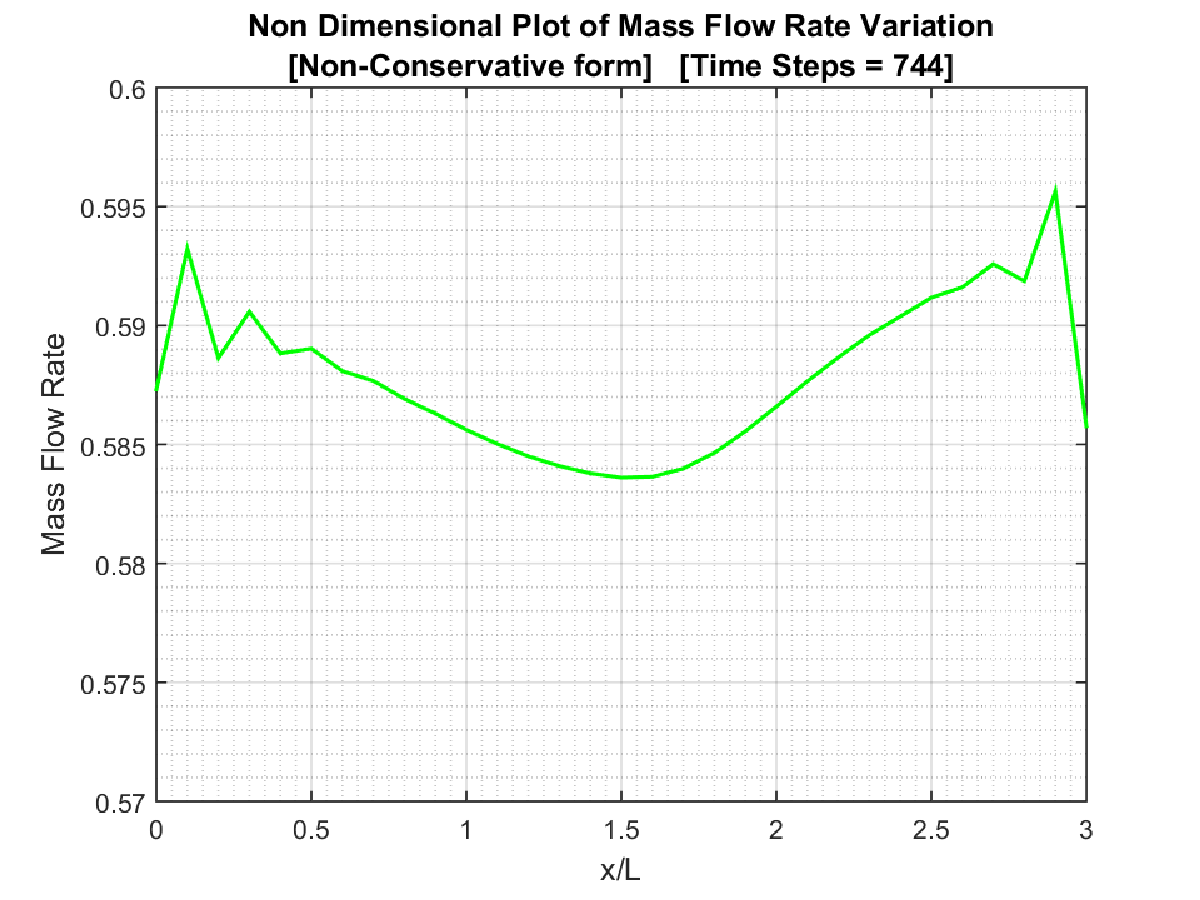 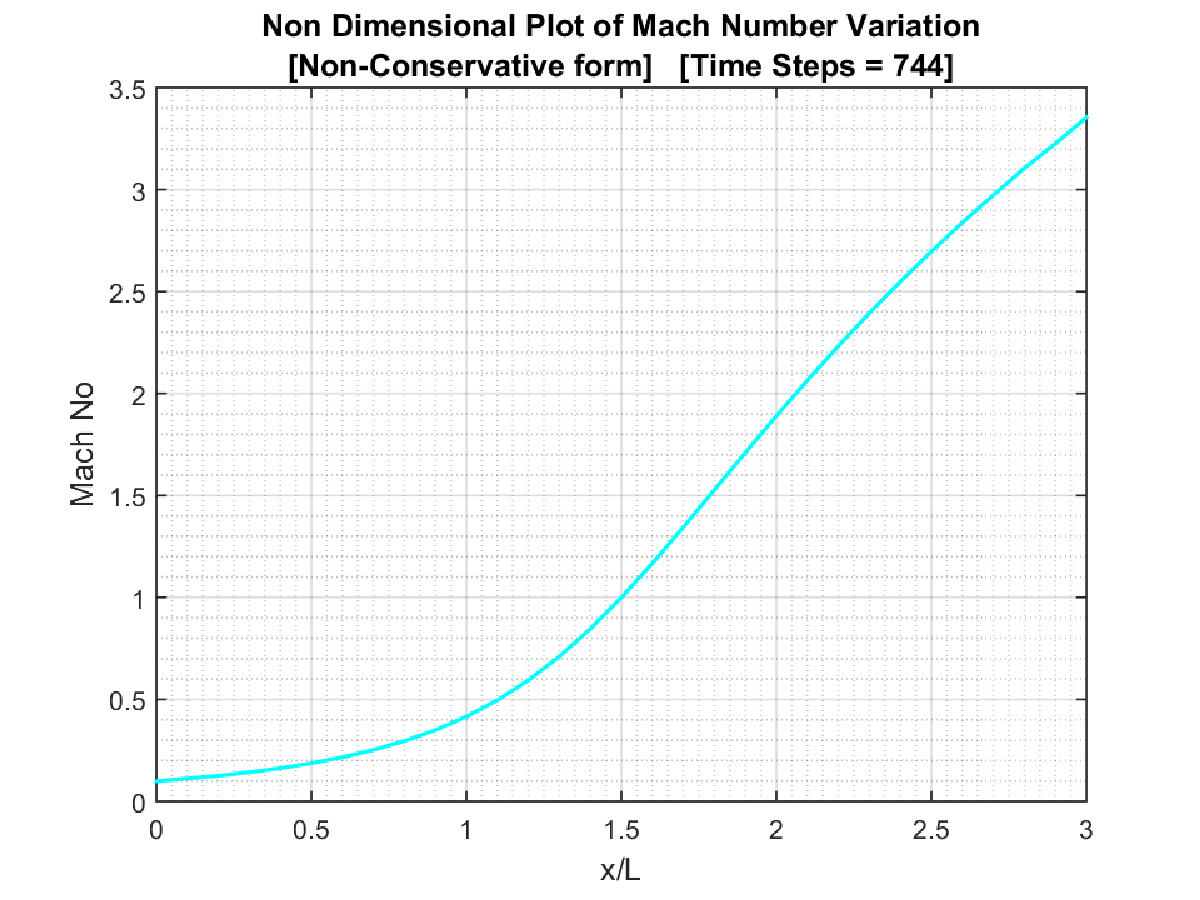 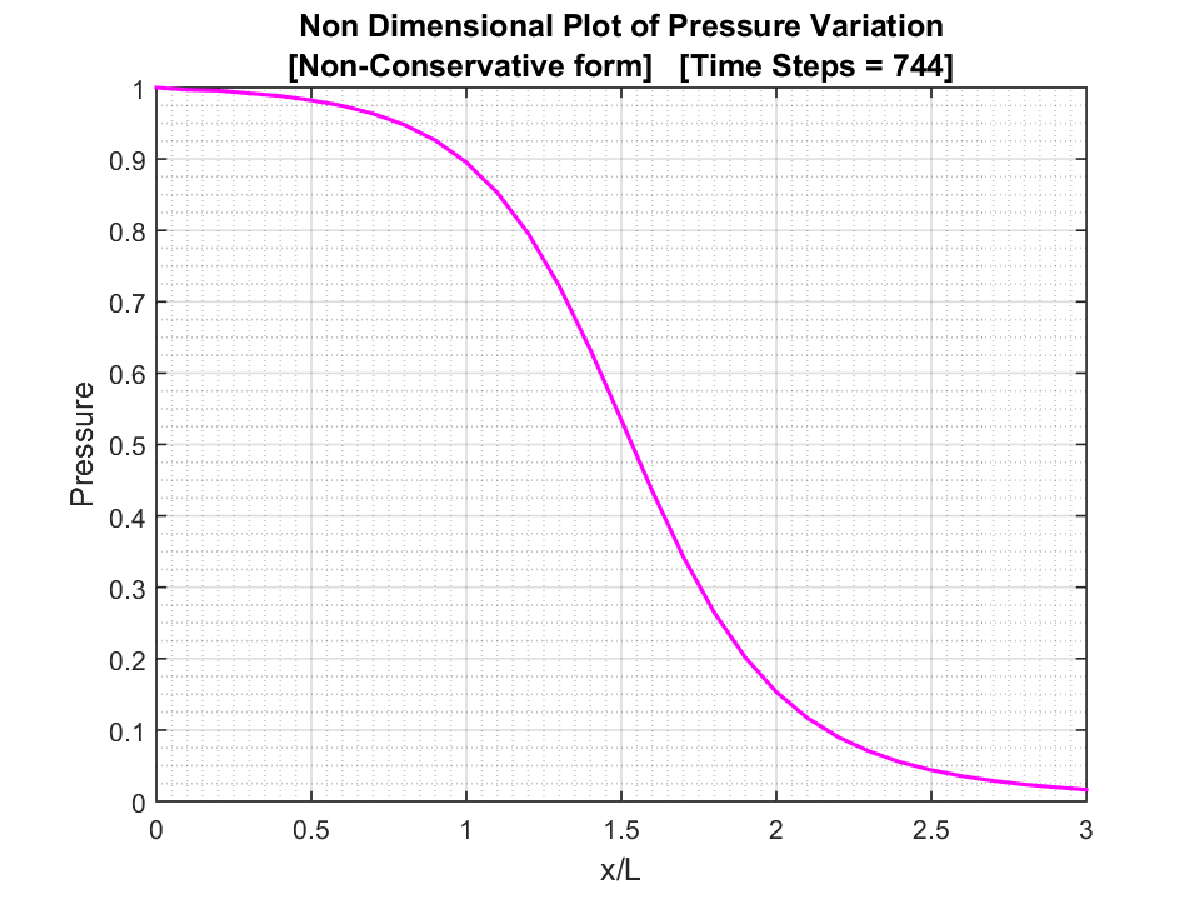 The minimum Number of Cycles and Time required for the convergence of simulation ( at CFL = 0.5 ):

Here CFL No. is incresaed for the same No. of Grid Points to converge the simulation fast.

Conservative form -->  In this case the Mass Flow Rate remains fairly constant before and after the throat (x = 1.5). The plot will be smoother if we increase the No. of Grid Points. 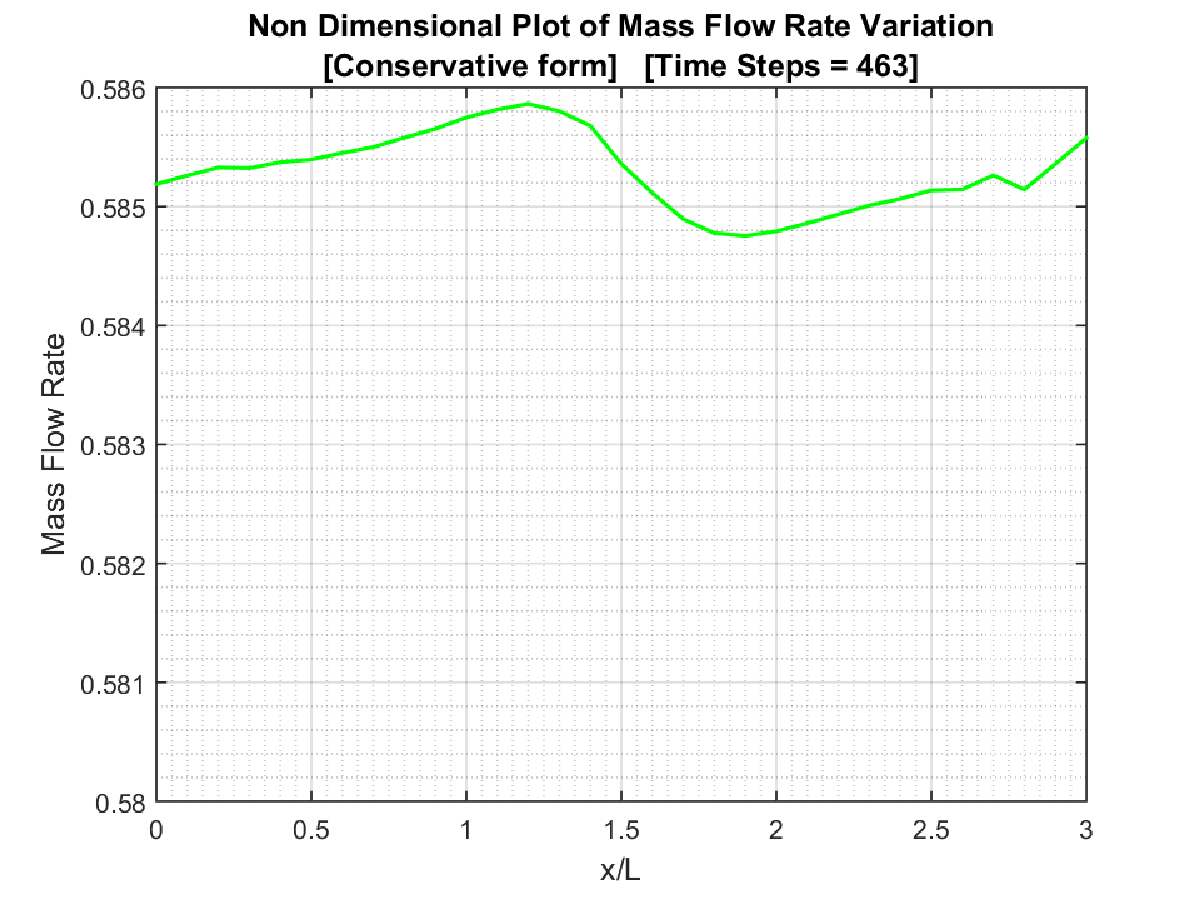 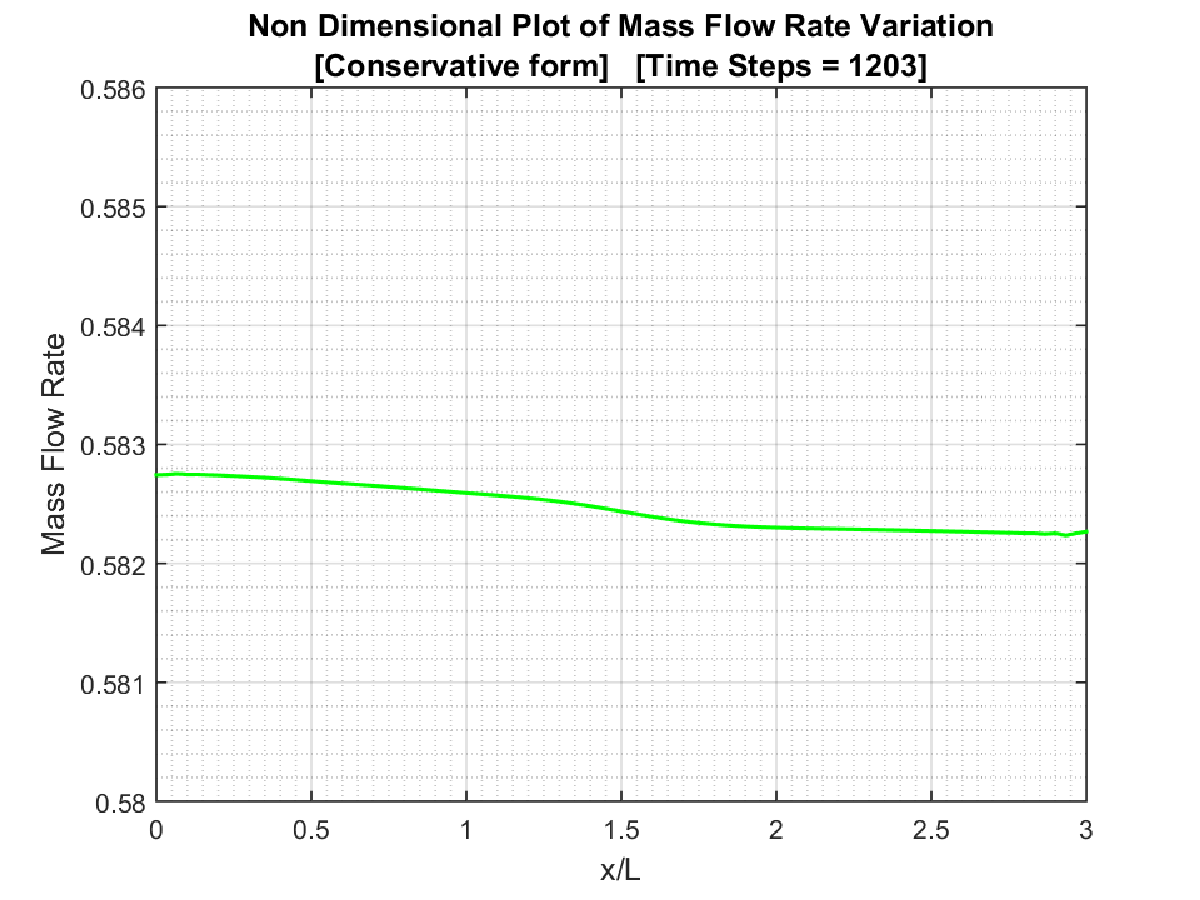 Non-Conservative form -->  For a fixed CFL No. increasing the Grid Points to 61 and 91 decreases the deviation of Mass Flow Rate before and after the throat (x = 1.5). 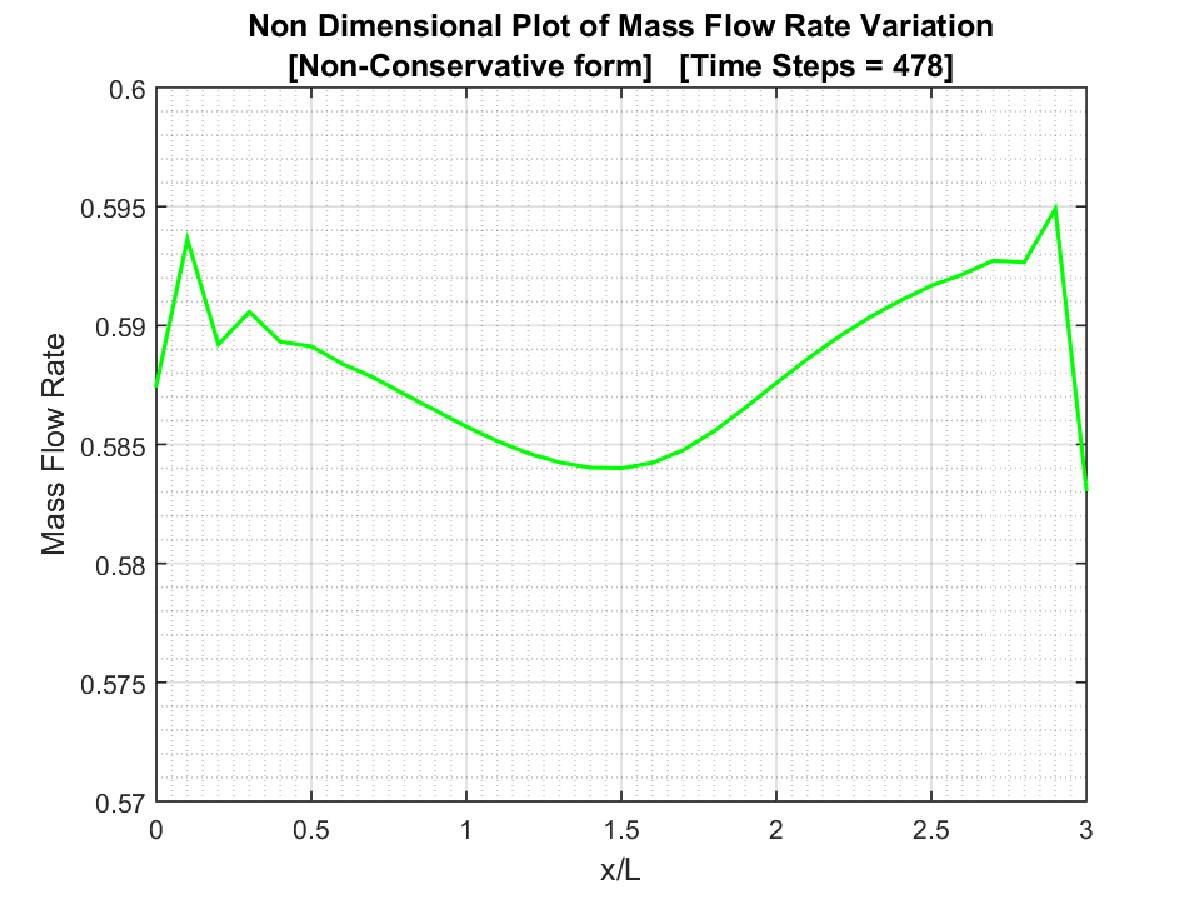 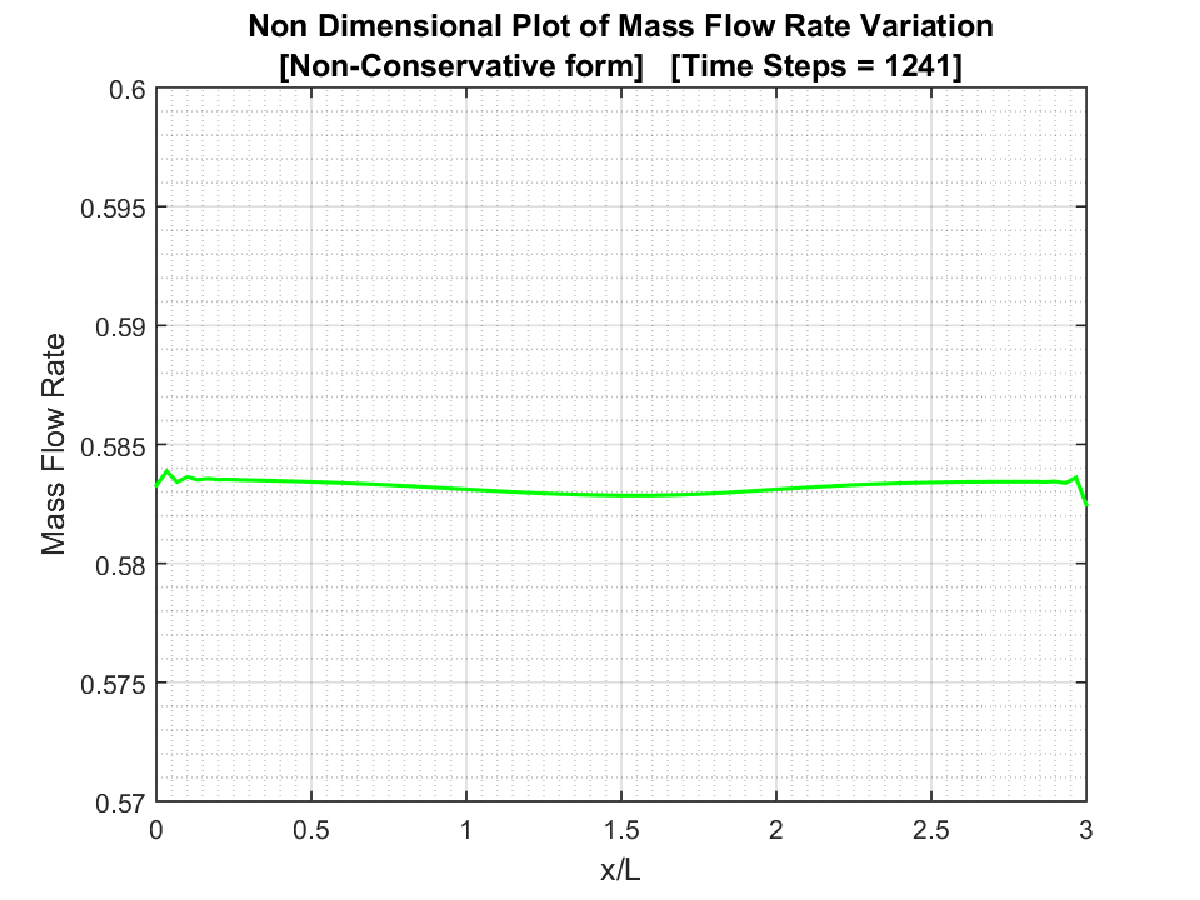 At last we can conclude that to minimize the deviation or error, finer grid should be used.