To simulate a supersonic flow through a Duct channel having the sharp corners to observe the formation of shock waves in converge studio and post-processes the results in Para View and CYGWIN was used to run the commands for the simulation and converting the output files for the post-processer. The airflow in the channel is turbulent flow.

The simulation is to run for two different cases by varying the inlet velocity and different parameters are to be studied.

a) Observe the effect of the SGS parameter on the shock wave location and also the effect of SGS temperature value on the cell count.

b) Literature review on the shock wave and its boundary conditions.

There are three types of boundary conditions used in CFD.

Hence, the Neumann boundary condition is used at the outlet of the supersonic flow.

If the source travel at a speed greater than the speed of sound a wave will not be created at the front of the source but they pile together and form a compressed wave at the back. The pressure variation regions are formed around it. The properties of the fluid vary as the move from inside & outside to it. The wave energy dissipates as the distance increases and it then converted back into a normal wave.

Pre-processing(preparing the surface geometry and configuring the input and data files).

Post-processing(analyzing the *.out ASCII files in the Case Directory and using a visualization program to view the information in the post*.out) 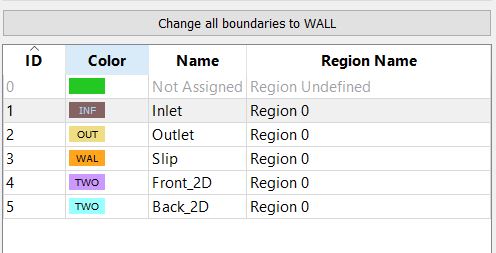 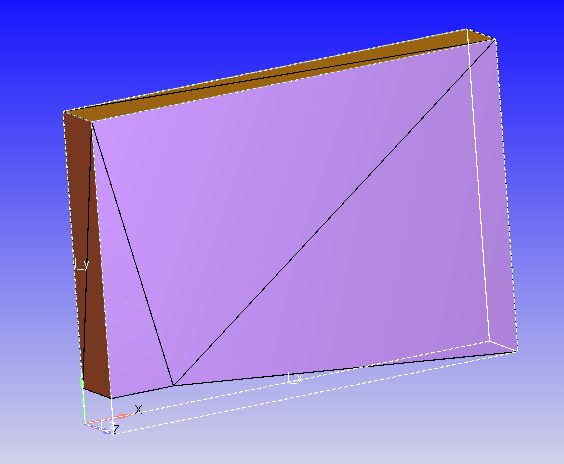 Select on the Normal toggle option and direction on the normal must be in the direction of the flow of air. The CONVERGE is mainly developed for running the IC engine simulation & other types of flow simulation are considered to be General flow. So General flow is selected. 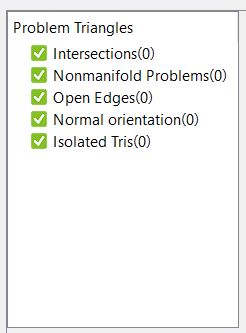 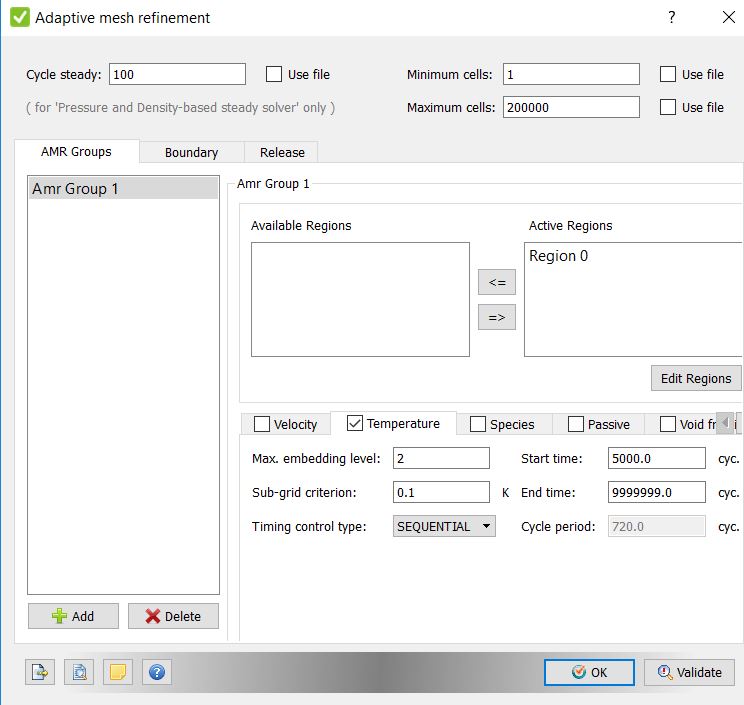 7. Output/post-processing – Validate all the files under it.

File --> export – To export the case set up for the running the simulation using CYGWIN.

Provide a suitable case name & select the Paraview VTK inline binary format as the file type and enter the directory which contains the output files which are to be post-processed & then click all in the files & cell variables and click convert.

Click apply & select the slice option & choose the z normal to divide the geometry along the z-axis. 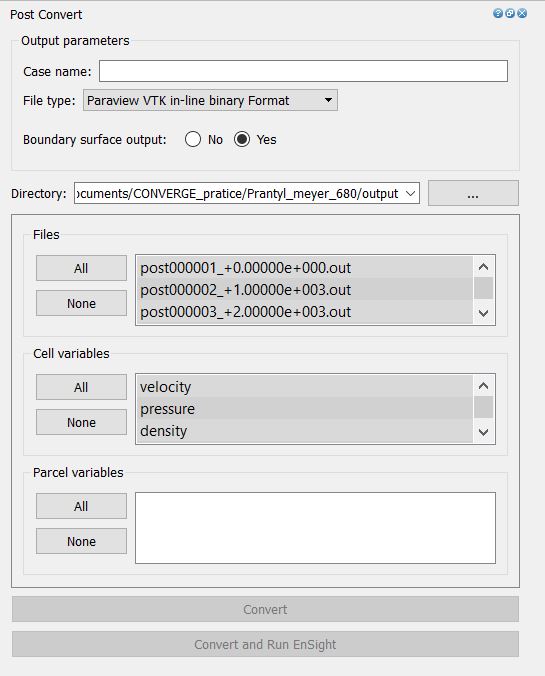 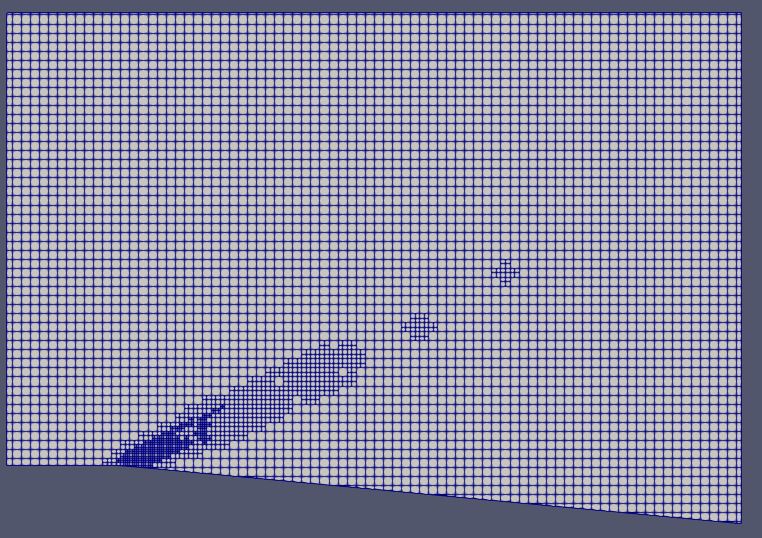 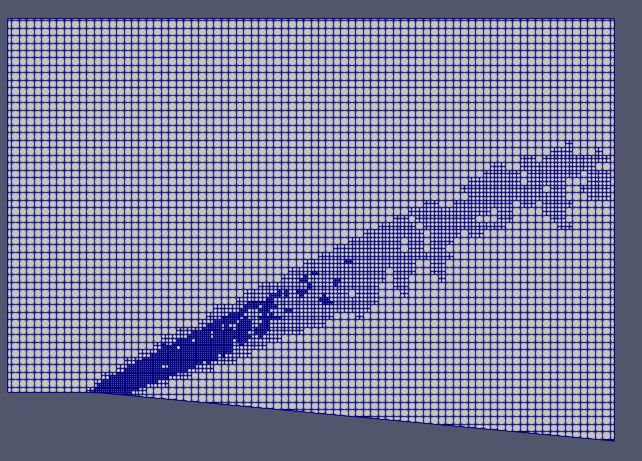 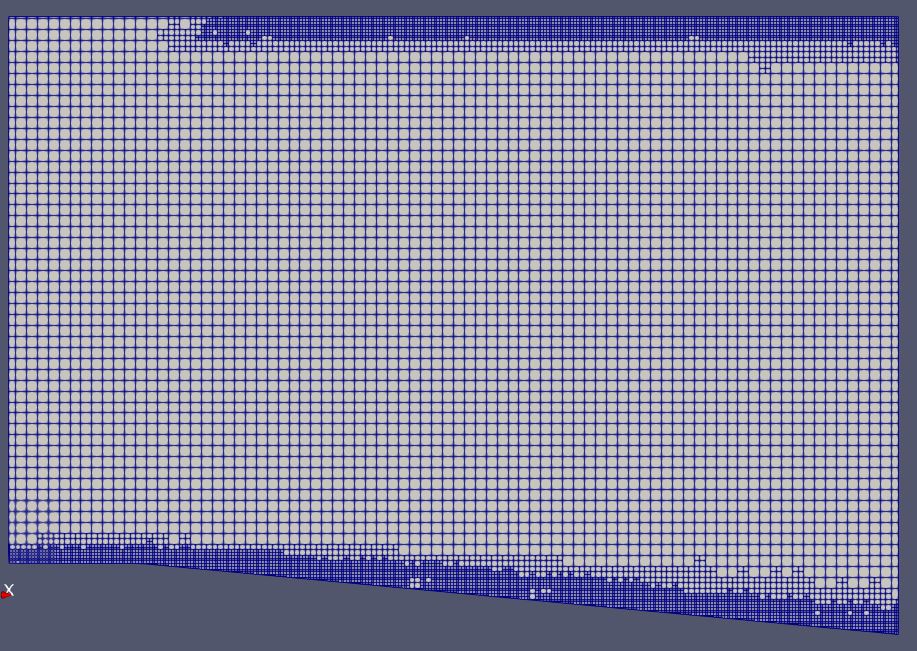 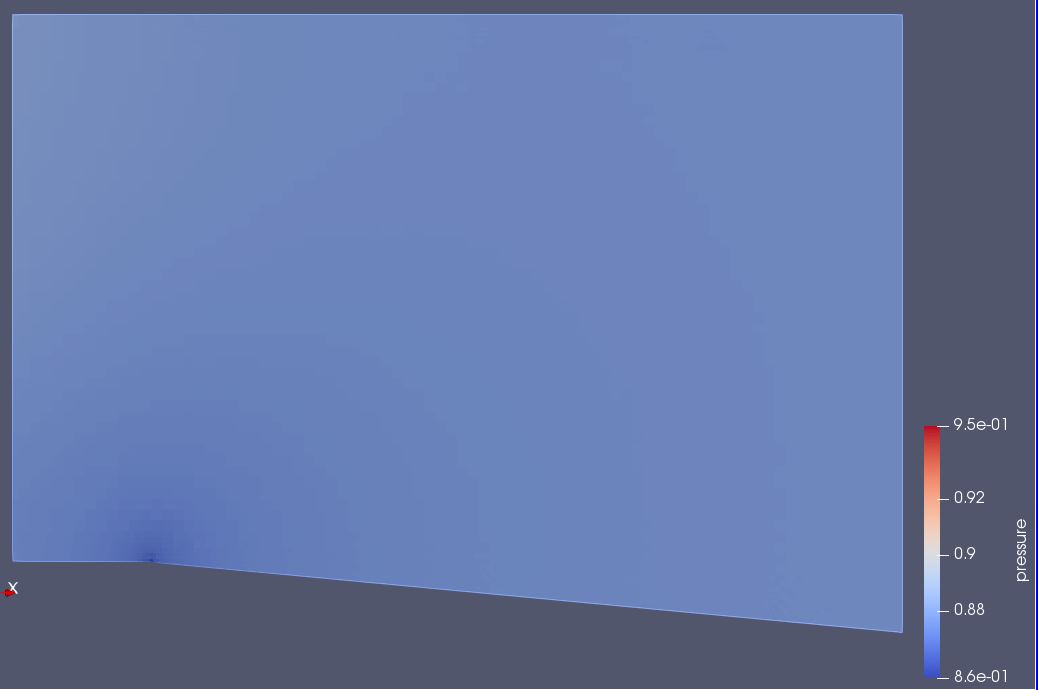 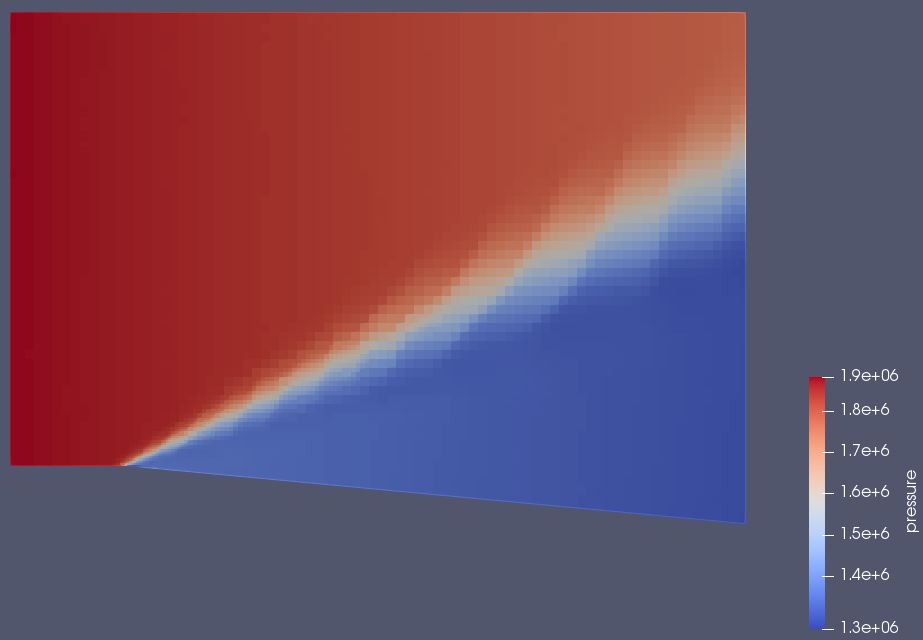 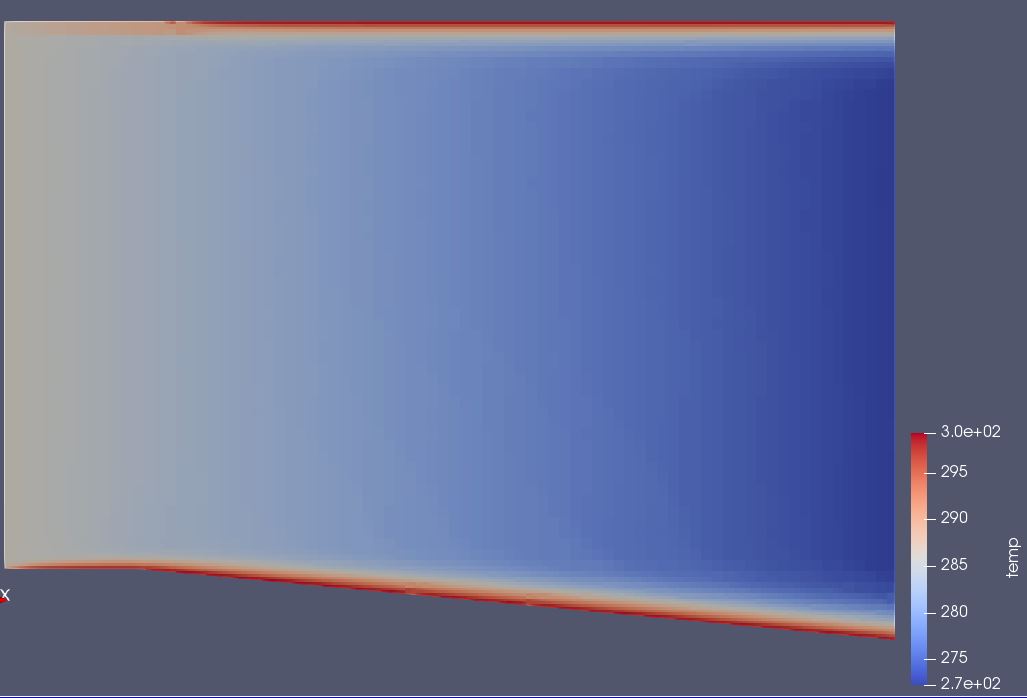 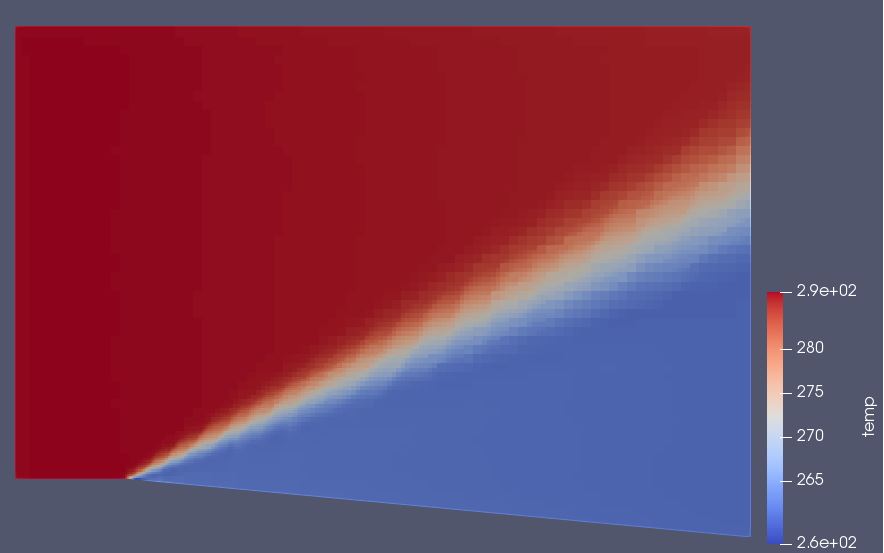 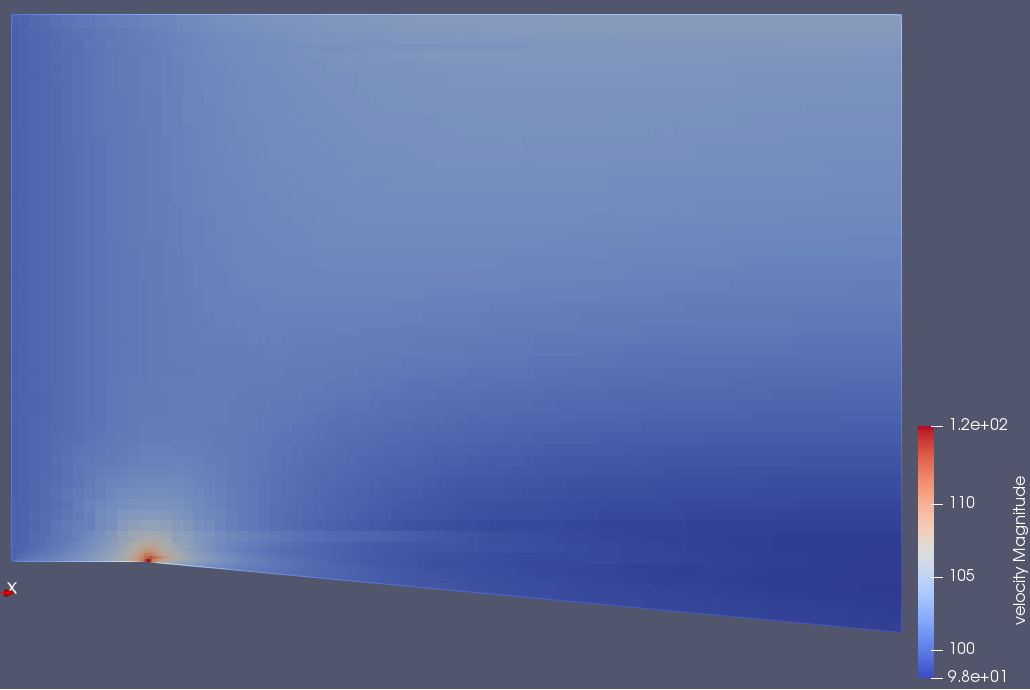 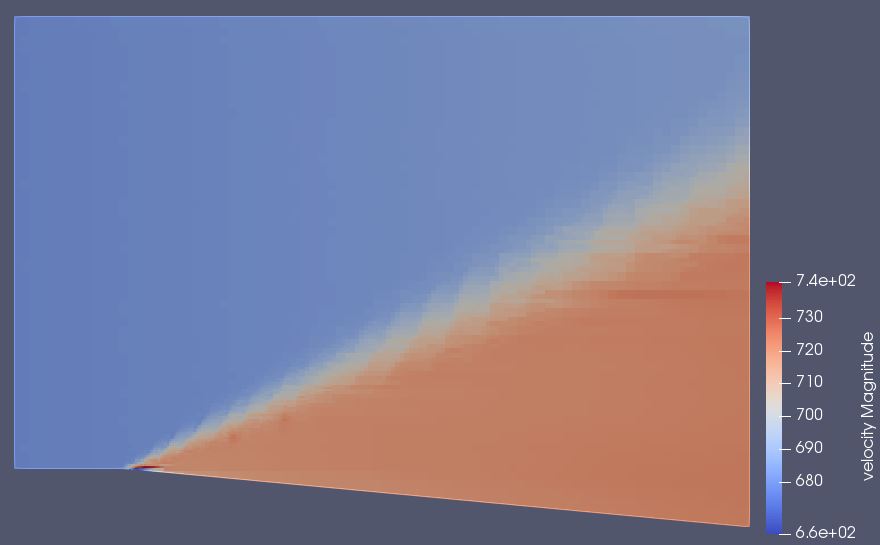 The number of cells is more in the subsonic flow this is mainly due to the variation along the wall as the area, but in the supersonic flow, the value of the cell count increases only in the shock region.

From the plot for supersonic flow, it is clear that only the mass flow rate at the outlet increases and other parameters like pressure, temperature, density as the flow progress.

For the subsonic flow, the value of pressure, temperature & velocity varies only at the wall which shows that the subsonic flow follows Bernoulli's principle (i.e) an increase in the speed of a fluid occurs simultaneously with a decrease in pressure.

The shock wave creates a pile of compressed wave and the pressure increases at the back of the flow and the velocity increases with the flow direction. The properties of the fluid vary at the shock region this forms a separation region that is depicted by the plot.

INTRODUCTION The foundation of GT-SUITE is a versatile multi-physics platform for constructing models of general systems based on many underlying fundamental libraries: Flow library (any fluid, gas or liquid or mixture) Acoustics library (both non-linea Read more