Simulation of Flow Over a Throttle Body Converge Studio - Transient

The objective of this part of the project, is to simulate the transient flow through an elbow pipe with a throttle valve in the middle. This valve will be rotating from zero to 25 degrees, and then stay steady.

In the steady state part of the project, the geometry was already imported from a CAD model and the boundaries were flagged. In this part, the first thing to do is to create the rotation motion desired. For this, we make the throttle to rotate about its axis and center, from 0 to 25 degrees at 2ms, and then make it stop. The idea for this is to see, not only how the change affects instantaneously to the flow, but also how the flow re-adapts to the new steady state. The main case parameters are summarized as follows: 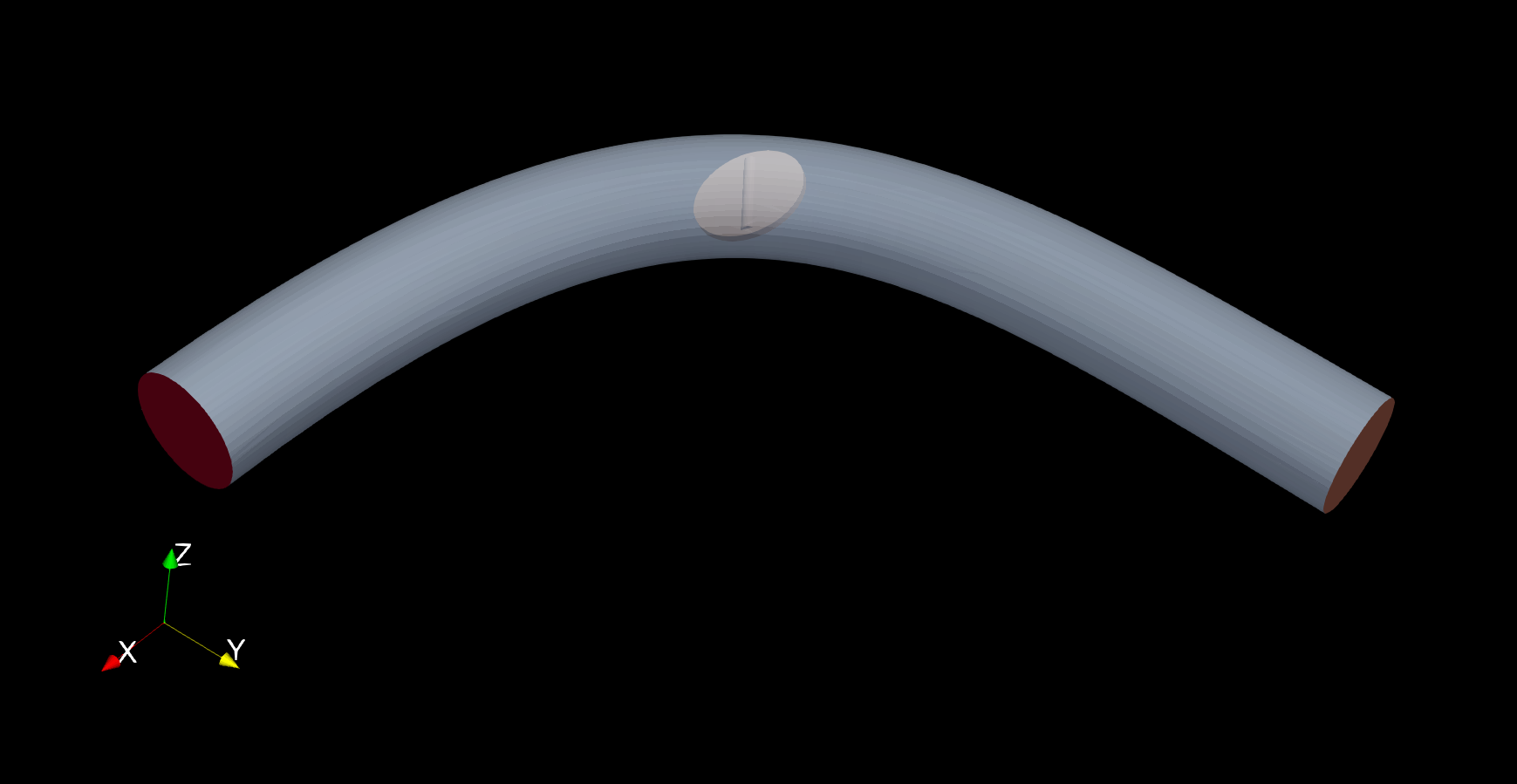 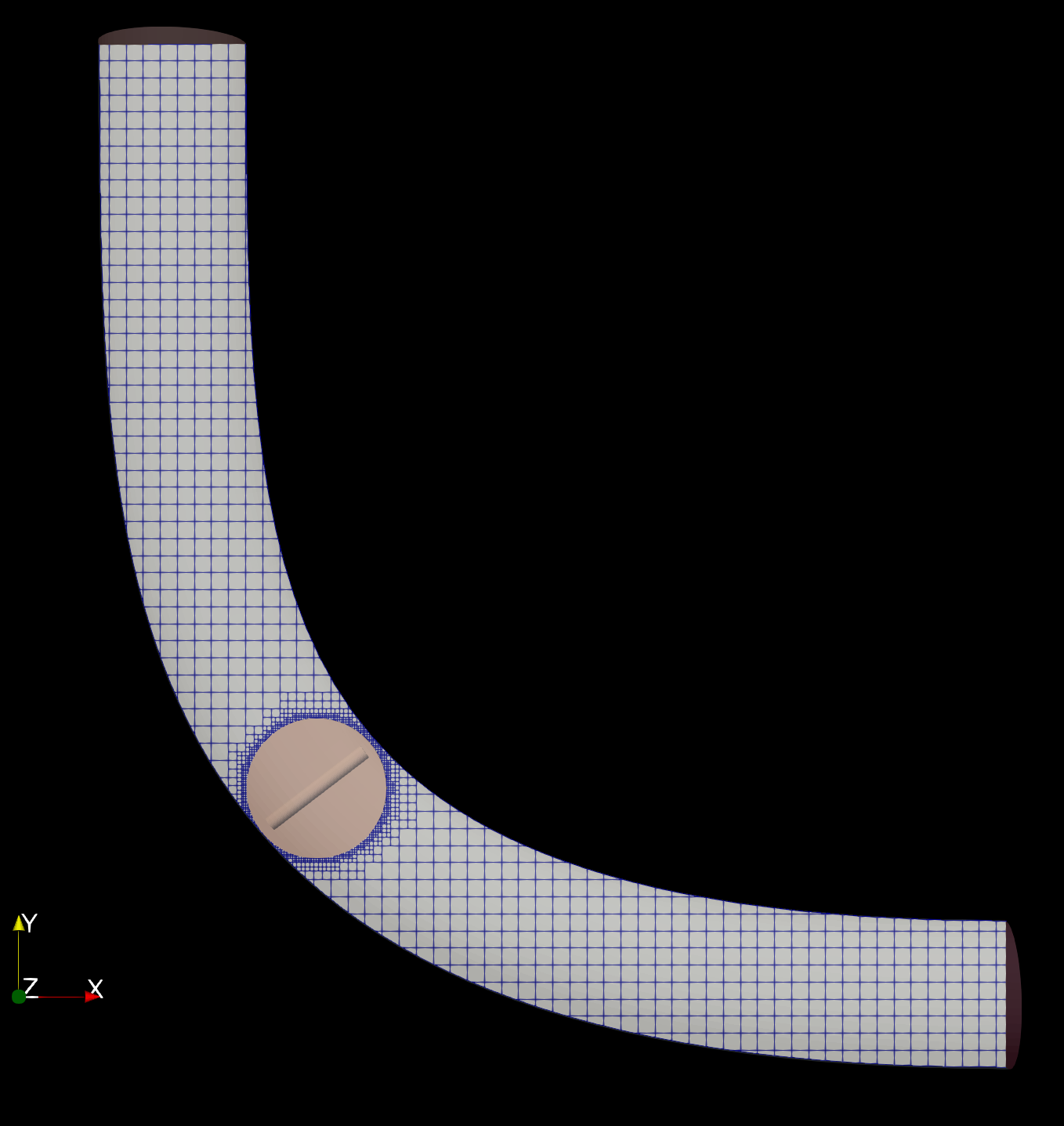 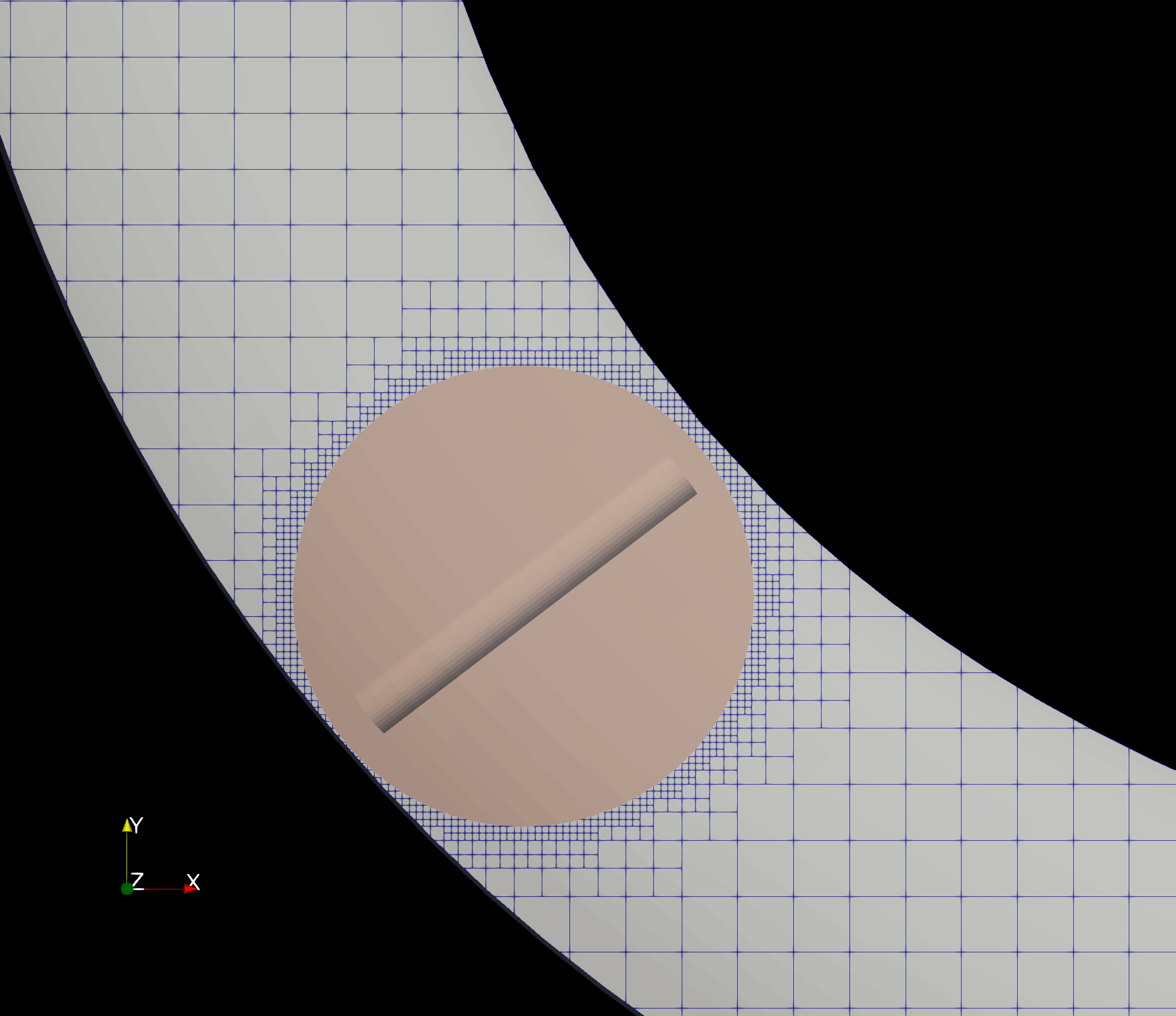 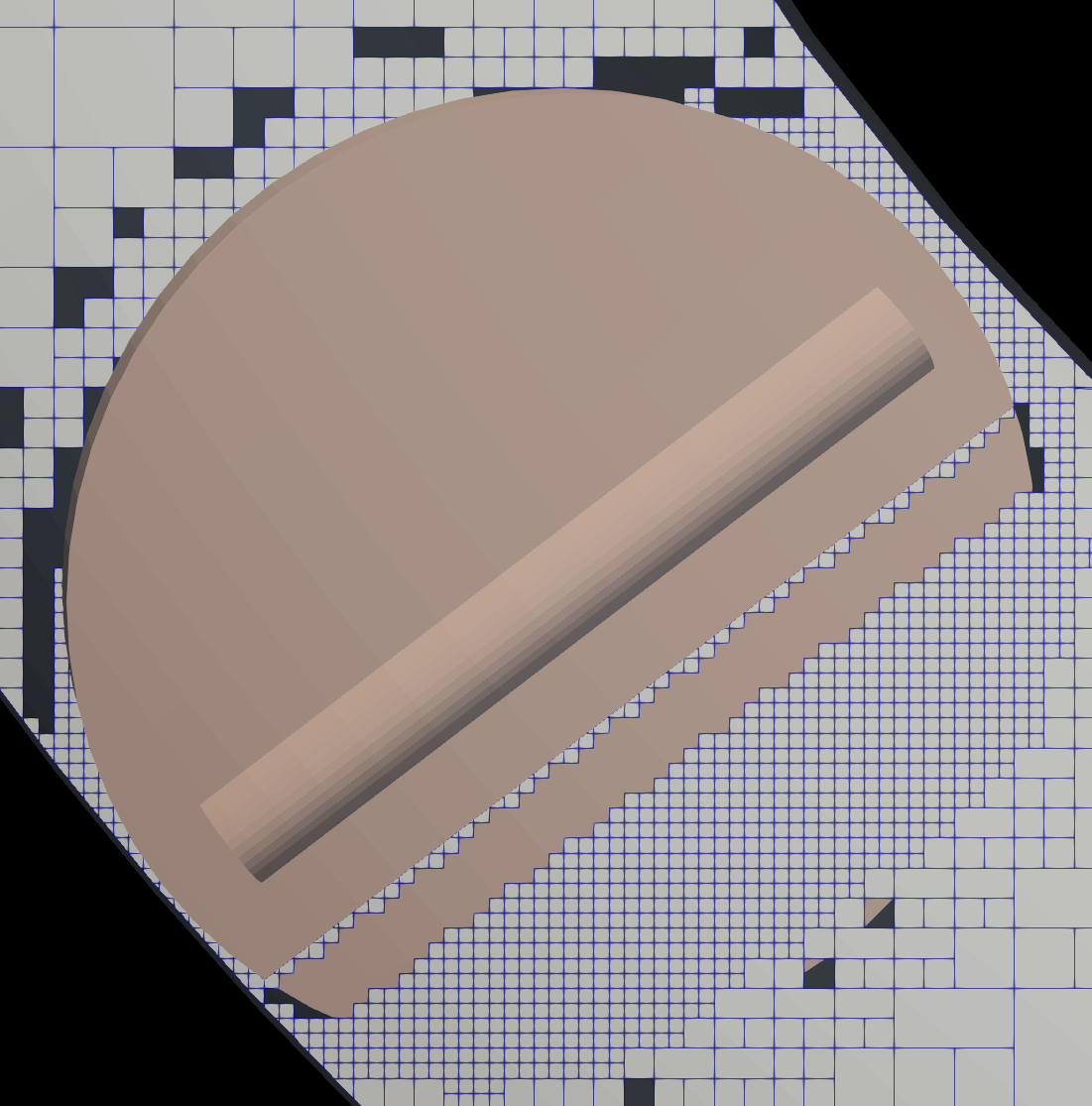 The geometry and the mesh grid size are the same than in the previous part of the project. However, note that being a transient simulation, the mesh needs to be re-created at each time step. The most important part for this, is around the throttle. In the previous picture, note how the mesh gets recreated when the throttle rotates.

Again, the graphs interface of Converge was used to follow the progress of the simulation. Note that in this case, the plot only shows the results once they converge at each time step. This is, now what we see is not how the numerical calculations are being made (the error, the convergence etc) but how the flow variables are changing with time.

As expected, there is a change in the mass flow rate at both inlet and outlet during the part where the valve is rotating. At 2 ms, the valves stops moving and then the flow start to become steady. Note however that the process is not immediate, as the flow needs to readapt to the new state.

The previous two animations show the sudden rise of the pressure and density when the valve blocks the fluid. It is clear that this produces at the same time an important gradient between the flow upstream and downstream. At the beggining, the gradient is higher, because the flow gets accumulated upstream, but once the valve stops rotating, the distribution gets a little bit smoother, reaching a new steady state. This is going to have an important impact in the velocity field, as it is shown below.

The valves suddenly blocks the fluid when it starts rotating. The result is a sudden drop in the flow after the valve. Actually, it produces a deattachment of the flow right after the valve. We can see how these blue areas evolve when the valve stops moving, and that at the end a new steady state is reached (we can appreciate minor changes due to the time of the simulation, but a clear patron is shown).

This previous animation might be the most clear one. It shows what happens to the flow and the velocity field (it is coloured by velocity) once the valve starts rotating. The main impact it has, is to create a turbulent, caotic flow downstream. While the angle of rotation is still small, the main consequence is just a deviation of the flow and a change in the velocity field. However, when it continues rotating to higher angles, then the flow is not able to re-attach at the throttle downstream, creating areas where there is no flow at all, and a turbulent flow afterwards. The end of the video shows how, after a while, the flow readapts to the new state, and althought the flow is still turbulent, it becomes steady.

The purpose of this project is to show the effect of initial temperature and pressure in the ignition delay in a combustion process. For this purpose, a Constant Volume Reactor and the corresponding network objects are created in Cantera, and the combustion process is s Read more

The purpose of this project, is to setup and analyze a transient shock tube simulation using Converge Studio. The project will analyze how the interaction of the original shock waves and the reflected waves affect the fluid in the tube, and how the computational mesh ha Read more

The purpose of this project is to simulate the conjugate heat transfer in a pipe using Converge Studio. For this, an air flow is simulated through an aluminum pipe, which is receiveing a constant heat flux of 10,000 W/m2 at the outside wall. The objective is to understa Read more

This project objective is to simulate the Prandtl Meyer shock wave phenomena using Converge Studio. First, a quick literature review about shock waves and their boundary conditions is provided. Then , the problem is set up and solved, focusing in how the different param Read more

The purpose of this assignment is to create a Python program including a Multivariate Newton Rhapson Solver, to solve a non-linear coupled differential system. This method is really useful for stiff systems, where the explicit solver are unstable. The system of equatio Read more

This project purpose is to simulate the flow over an elbow body that contains a throttle using CONVERGE Studio. In this first part of the project, an steady state analysis will be set up. This means that the throttle will not move. This case helps set up the real analys Read more

In this challenge, the efficiency of using a heat recuperator to pre-heat the air is analyzed. For that, we simulate a furnace burning methane and air mixture, and we analyze first how the pre-heating affects at the AFL, and then the total heat/work that could be extrac Read more

This project main objective is to calculate the Adiabatic Flame Temperature using Python and Cantera. In the first part of the project, the effect of the equivalence ratio for the methane combustion in a constant volume chamber is analyzed, and the python and cantera re Read more

This projects aims to simulate a backward facing step flow using CONVERGE Studio. The flow is creating when a not reacting specie, air (23% O2 and 77% N2 in mass fraction), suffers a pressure gradient between the ends of the channel. The velocity, pressure and recirulat Read more