To study the PFI Engine performance characteristics by setting up the spray modeling & combustion modeling in the CONVERGE studio and post-process the results in the Paraview and CYGWIN was used to run the commands for the simulation.

An internal combustion engine is a heat engine where the combustion of a fuel occurs with an oxidizer (usually air) in a combustion chamber that is an integral part of the working fluid flow circuit. In an internal combustion engine, the expansion of the high- temperature and high- pressure gases produced by combustion applies direct force to some component of the engine. The force is applied typically to pistons, turbine blades, rotors or a nozzle. This force moves the component over a distance, transforming chemical energy into useful mechanical energy. 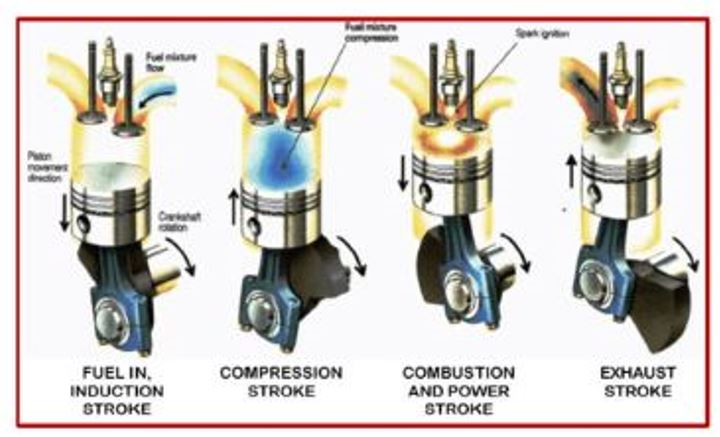 1)The 4 cycles of the engine are explained above in which as we observe that only one stroke is power stroke so to maintain a smooth power output a flywheel is used to store the energy and a part of this energy is used in suction and compression of the air-fuel mixture.

2) Basically an engine converts chemical energy from fuel to mechanical energy by using combustion which means the thermal efficiency of the engine is a very important parameter to be studied. Thermal efficiency is the percentage of energy taken from the combustion which is actually converted to mechanical work. In a typical low compression engine, the thermal efficiency is only about 26%. In a highly modified engine, such as a race engine, the thermal efficiency is about a 34% compression ratio of an SI engine is usually in the range of 7 to 11 while diesel is high from 16 to 20. Here we are simulating a 4 stroke SI Engine which is Port injected. Multipoint fuel injection (MPI), also called port fuel injection, injects fuel into the intake ports just upstream of each cylinder's intake valve, rather than at a central point within an intake manifold.

The combustion process of SI engines can be divided into three broad regions:

1)Ignition and flame development, (2) flame propagation, and (3) flame termination      Flame development is generally considered the consumption of the first 5% of the air-fuel mixture (some sources use the first 10%).

During the flame development period, ignition occurs and the combustion process starts, but very little pressure rise is noticeable and little or no useful work is produced (Fig. 7-1). Just about all useful work produced in an engine cycle is the result of the flame propagation period of the combustion process. This is the period when the bulk of the fuel and air mass is burned (i.e., 80-90%, depending on how defined).

During this time, pressure in the expansion stroke. The final 5% (some sources use 10%) of the air-fuel mass which burns is classified as flame termination. During this time, the pressure quickly decreases and combustion stops. In an SI engine, combustion ideally consists of an exothermic subsonic flame progressing through a premixed homogeneous air-fuel mixture. The spread of the flame front is greatly increased by induced turbulence, swirl, and squish within the cylinder. The right combination of fuel and operating characteristics is such that knock is avoided or almost avoided. 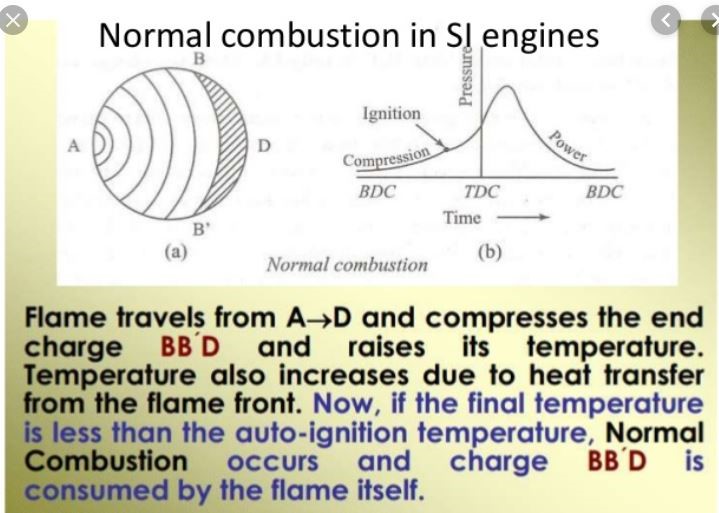 1. Pre-processing(preparing the surface geometry and configuring the input and data files).

3. Post-processing(analyzing the *.out ASCII files in the Case Directory and using a visualization program to view the information in the post*.out). 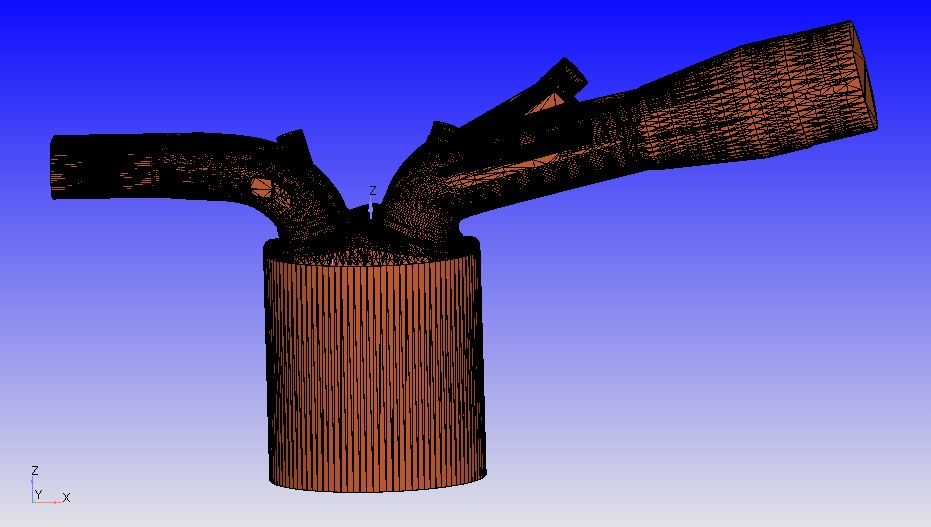 Run the diagnosis test to find surface errors in the model. 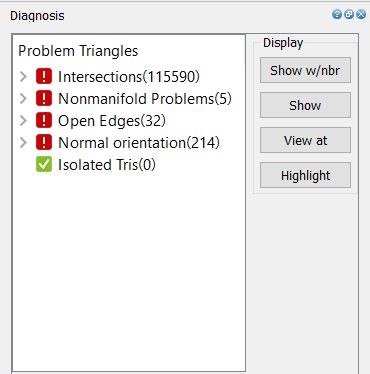 The various errors in the model are listed above. 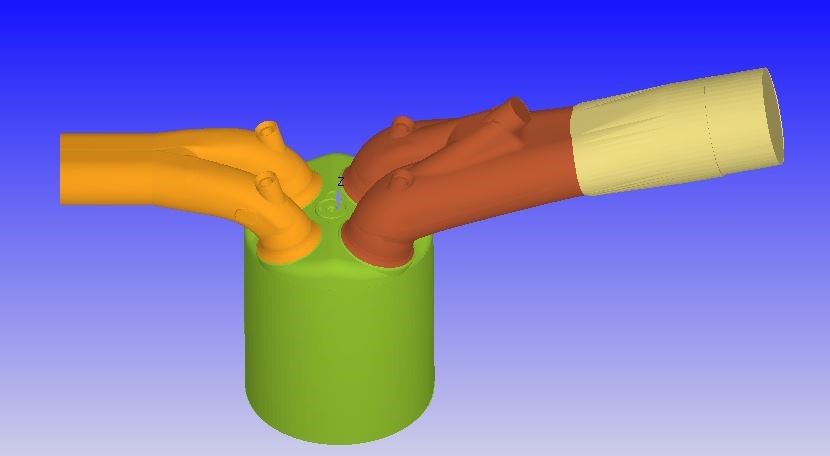 The regions are divided into 4 regions for the ease of the initial condition setup and then the boundary is formed and the regions are assigned to the different boundary. 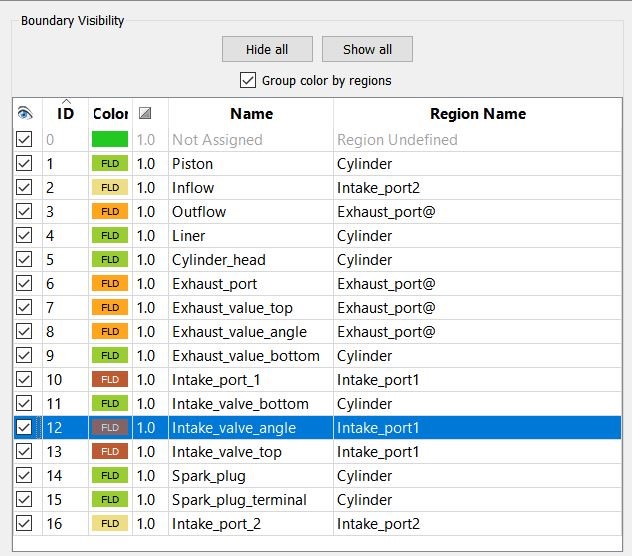 The topmost ring triangle of the valve port is connected to the intake port, this is used to avoid the errors created by translating the valve.

Select on the Normal toggle option and direction on the normal must be in the direction of the flow of the mixture. The CONVERGE is mainly developed for running the IC engine simulation so IC Engine is selected. 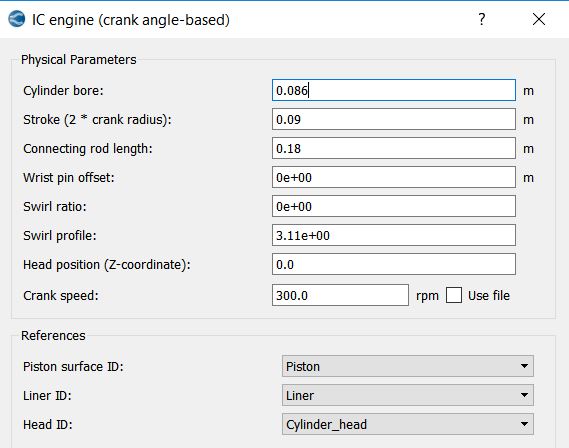 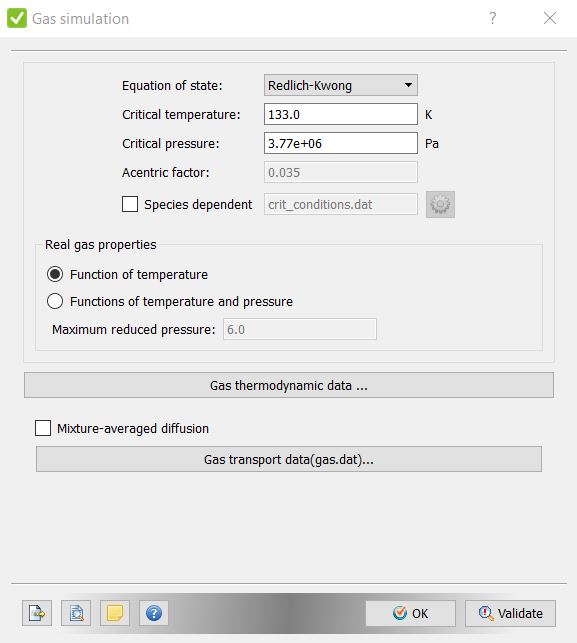 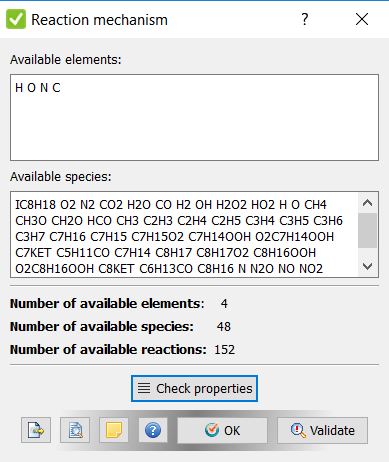 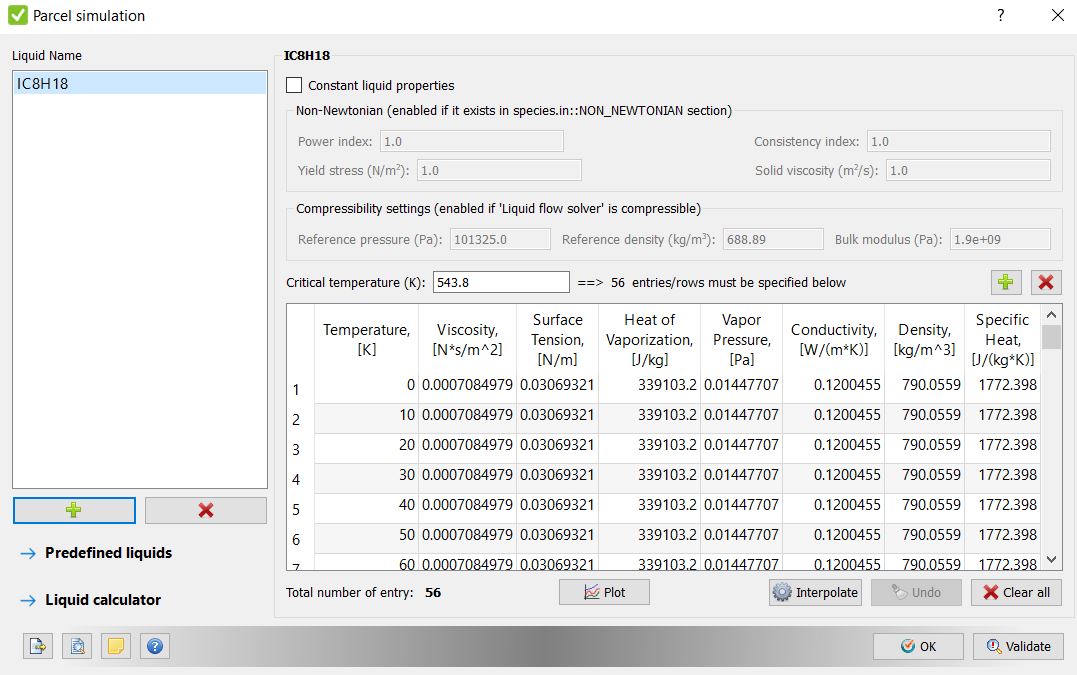 iv) Species – All the gas species are available in mech.dat file but the parcel won't be available. Select parcels & choose IC8H18. 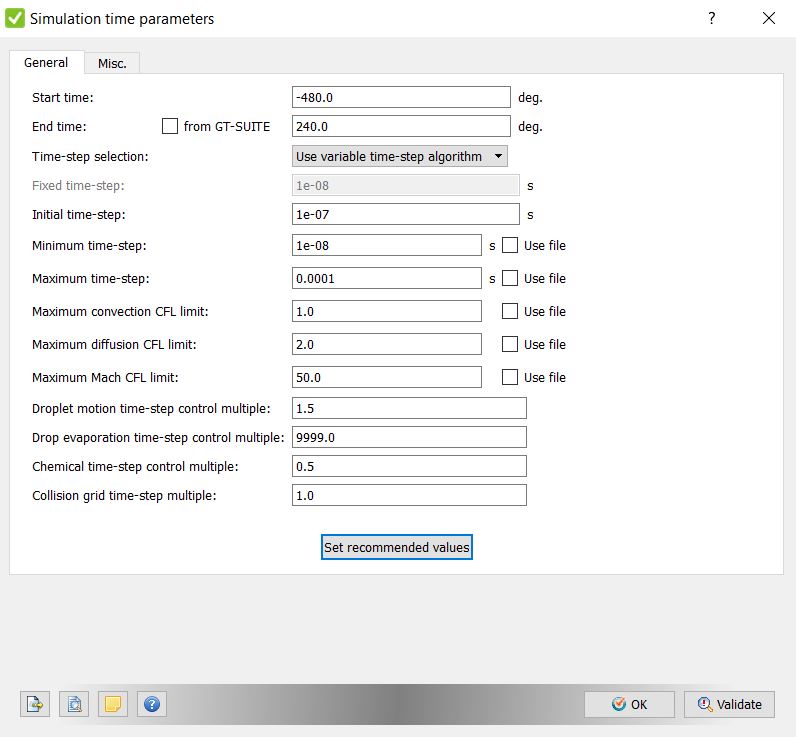 From this equation, the valve for the intake port 1, exhaust port is taken. 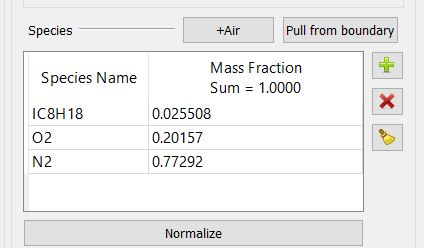 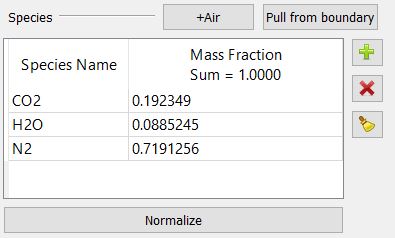 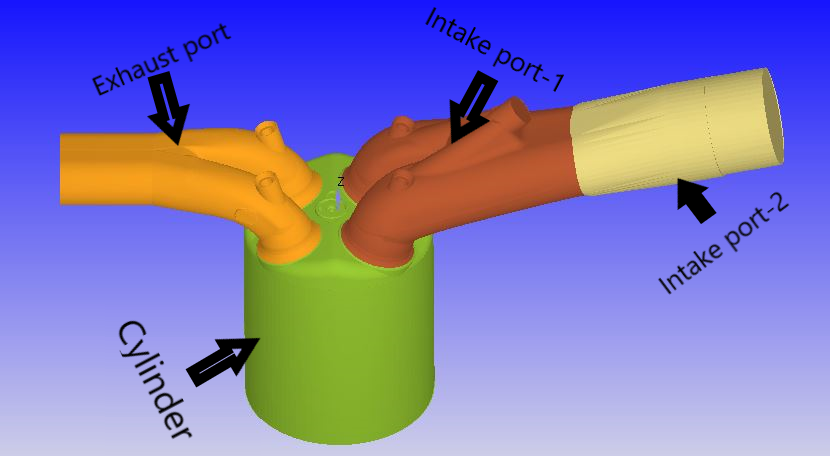 ii) Events – a) Select cyclic and click on add. 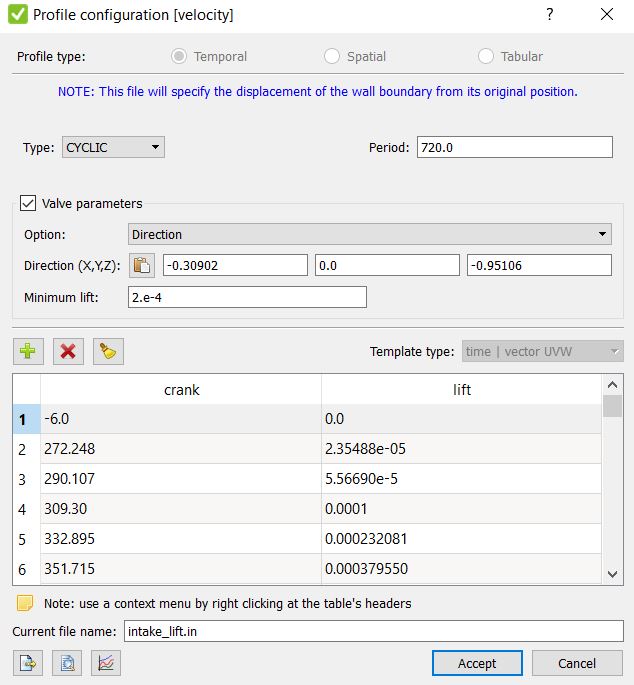 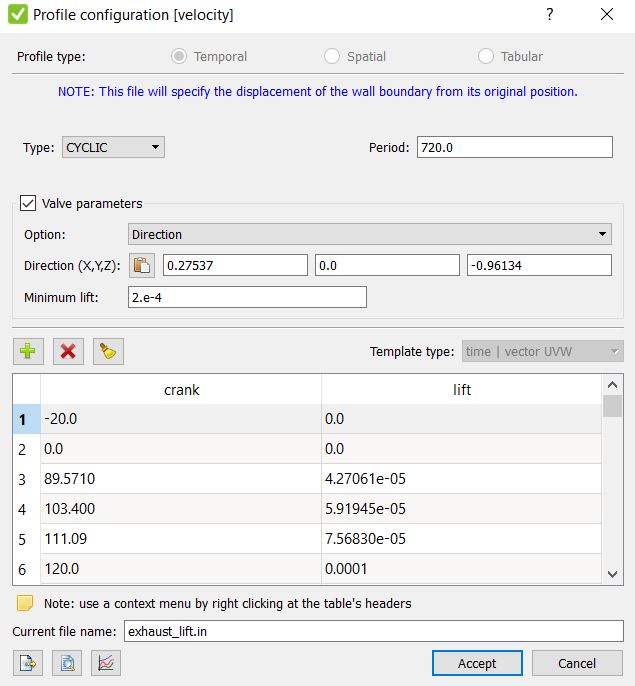 iv) Max radius of ODE – 1000. Maximum radius for ODE droplet heating is given as 1000. Here outside the sphere it is hotter and inside it is less hot due to temperature distribution. So the sphere is discretized into cells and the 2D heat equation is applied to solve it. In case of a small sphere, the entire sphere has the same temperature and it is reasonable. But in case of a bigger sphere, there will be a temperature gradient. So, outside the radius ODE is solved and inside it is not solved.

ii) Collision/ breakup – Select use a collision mesh & all the parameters are the same. Select include breakup. The parameters for the breakup must be included otherwise the fuel won't break up and the whole simulation won't be set up to a wrong. 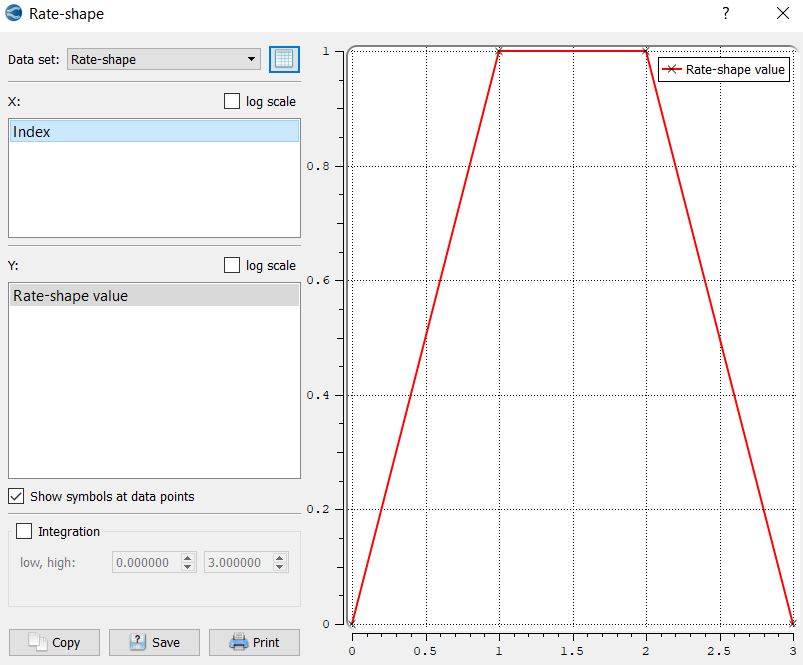 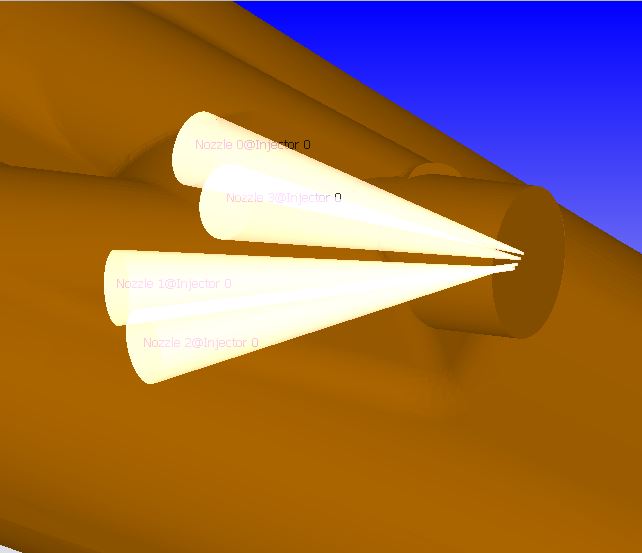 After all the values are provided. Select tools under injector & then spray rate preview which shows the pressure value is calculated depending on the value is provided & select tools -- > validate nozzle location to check whether all nozzles within nozzles.

The pressure value for the nozzle is provided but by the values we provided there will be only one pressure for which the fuel is ejected in order to calculate it use the option tools              -- >  spray rate preview. 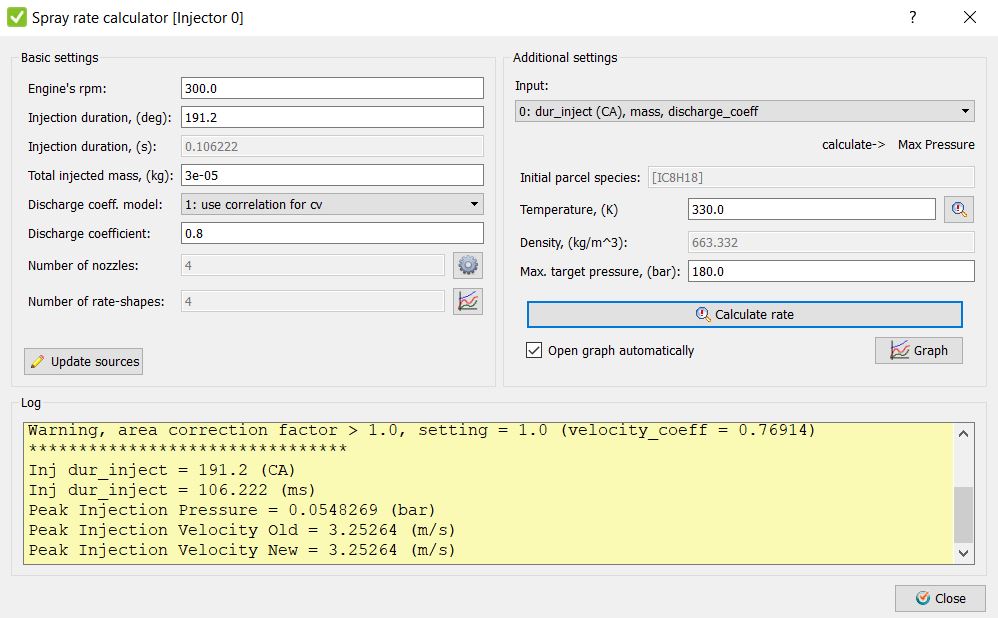 Add 2 sources & under shape select sphere & copy-paste the center & radius of that of the spark plug. Initially more amount of energy is provided by using two sources in order to conduct through the spark gap & then one source is cut off as little energy is required to keep the conduction going on. 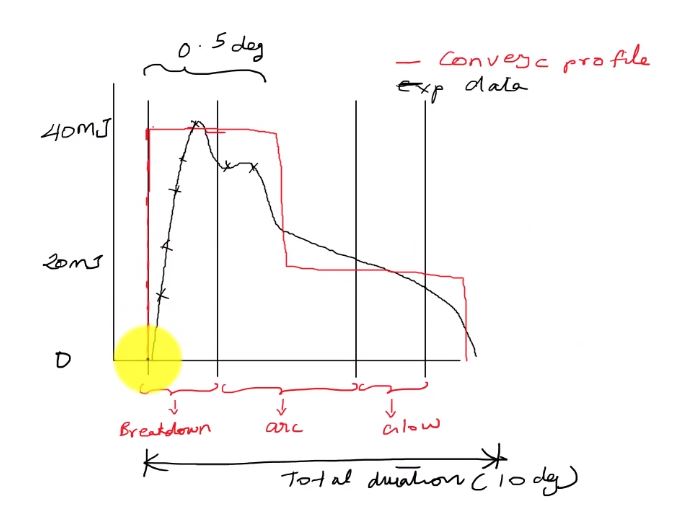 The converge creates disconnect triangles to create the channel for the fuel mixture so embed are created to capture this.

iii) Adaptive Mesh Refinement – Select the active regions as Cylinder, Intake port-1, Intake port-2 and the exhaust port is not selected since the emission characteristic of the fuel is not consider. 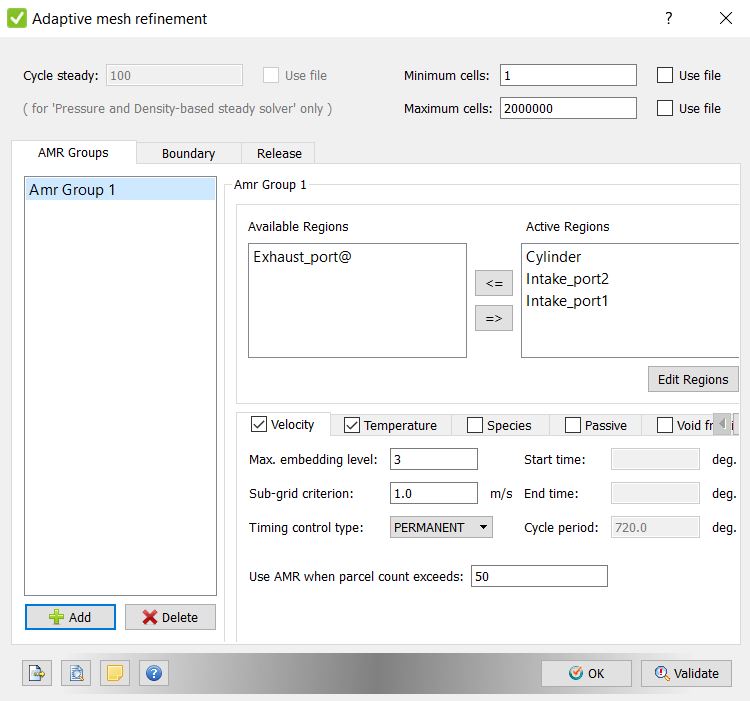 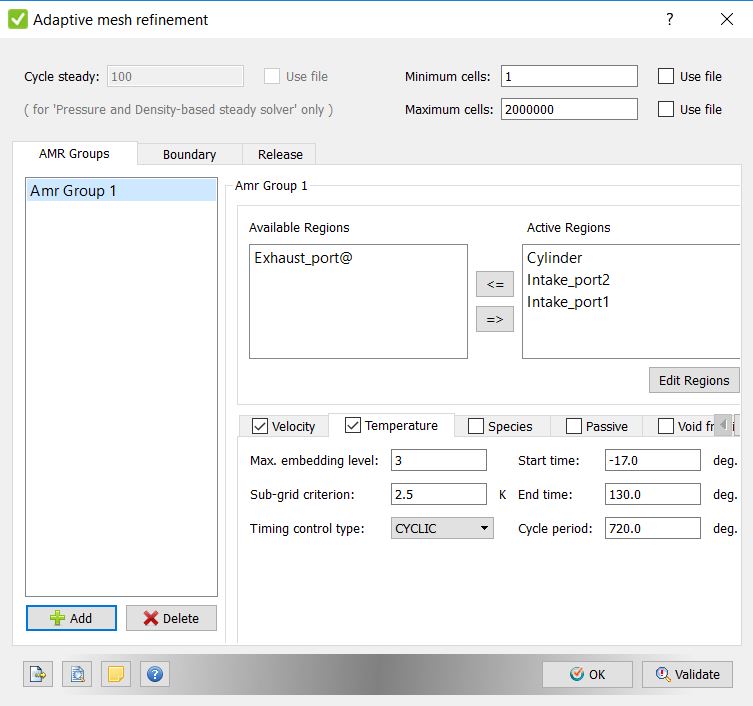 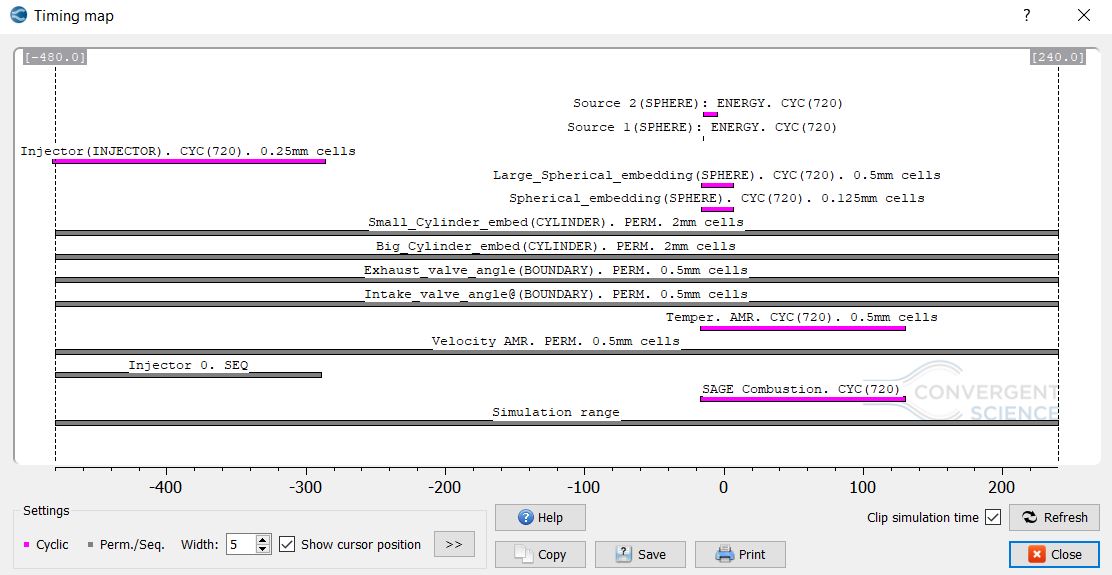 OBJECTIVE           The aim of the project is to perform a flow analysis over an Ahmed body and perform a grid dependence test by varying the mesh around the Ahmed body. Ahmed Body           Ahmed body is a gener Read more