Convection is the sum of bulk transport of the  fluid  and brownian/ osmotic dispersion of fluid constituents from high density region to lower density region.

Before writing codes, we have considered the following parameters:-

The partial derivative can be approximated using the derivative definition, removing the limit operator:

This approach will be implemented on both the time and space derivative.

i and i-1 represents two consecutive grid points. The equation is therefore:-

Now, rearranging the above equation can give us velocity for a node in the next time.

The above equation represents an "EXPLICIT-SOLVER" equation as all the term of RHS is known. 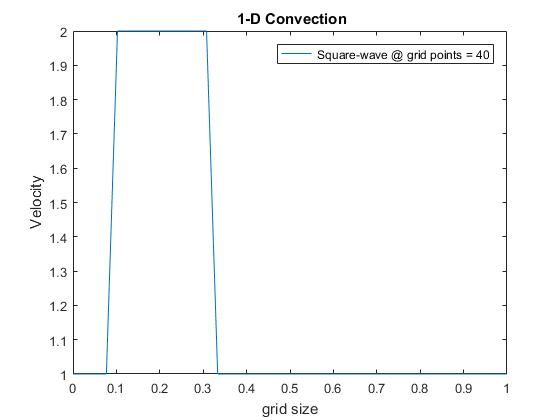 This is the plot of an approximate square- wave profile which will be incorporated with the above 1-D convection equation to analyse and under the behaviour at different grid points  over a time step. With more grid points (finer grid size), the profile gets more symmetrical. 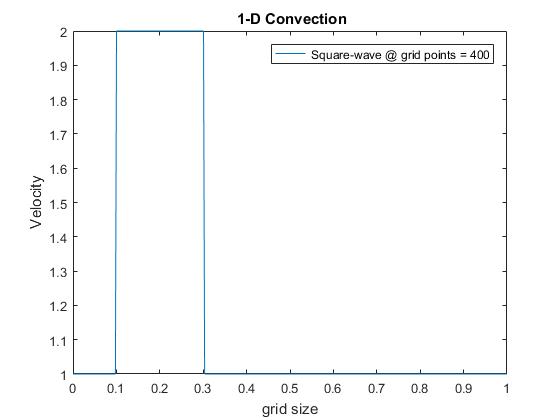 The FUNCTION SCRIPTS in MATLAB for above profils are:- 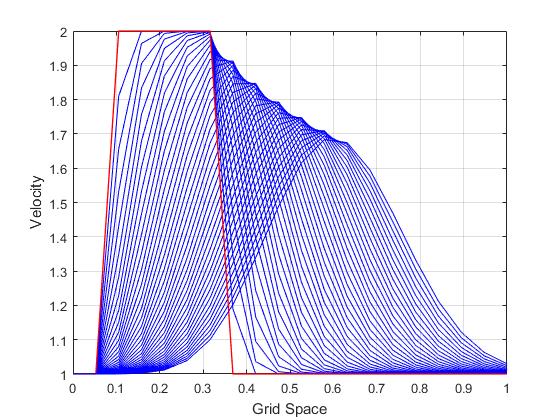 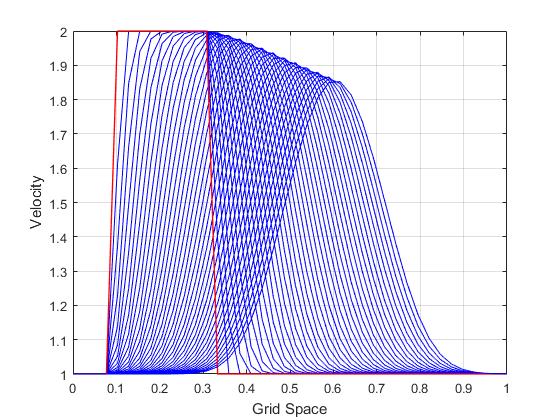 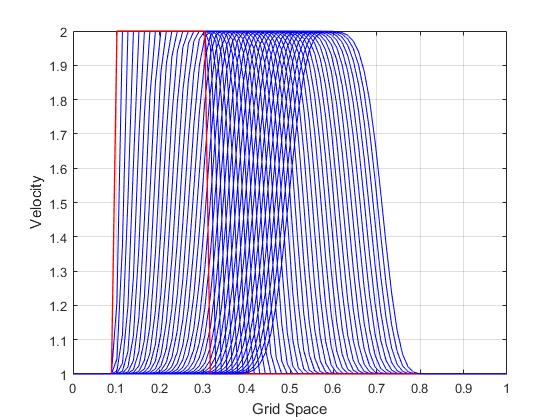 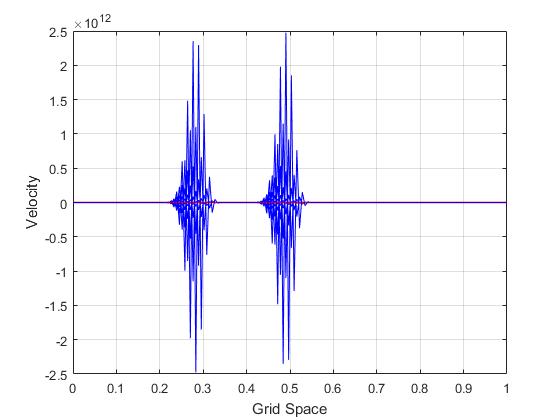 # From the above plots, it is clear that the wave propagates or is convected towards right hand side.

# The wave seems to diffuses down as the time step increases which is known as false diffusion /artificial diffusion. This is caused due to the error generated after using 1st order numerical difference schemes for both the time and space derivatives.

#False diffusion is a type of error which is observed while using upwind schemes to discretize the hyperbolic partial differential equation into a linear equation and approximate the  convection equation.

# The error generated is due to neglecting higher order term of 0(h2) in Taylor infinite series which is very similar to the Diffusion terms in Navier-Strokes Equation.

# The finer the grid size / higher mesh density, the lesser diffusion errors are observed and hence the  wave profile retains more of it peak velocity about x-axis.

# While modelling the equation, viscosity term is not considered and thus no shape change is observed near the wall.

# Increasing the nodes as well as time step will make the scheme unstable and will generate ripples as seen in fig-4. Hence, space steps and time steps are critical.

Turbocharger: Literature Review: A turbocharger is mechanical rotating device which forcebly induces air at high pressure into the internal combustion engine, in turn increases the power and effeciency (thermal and volumetric effeciency) of the engine. A turb Read more